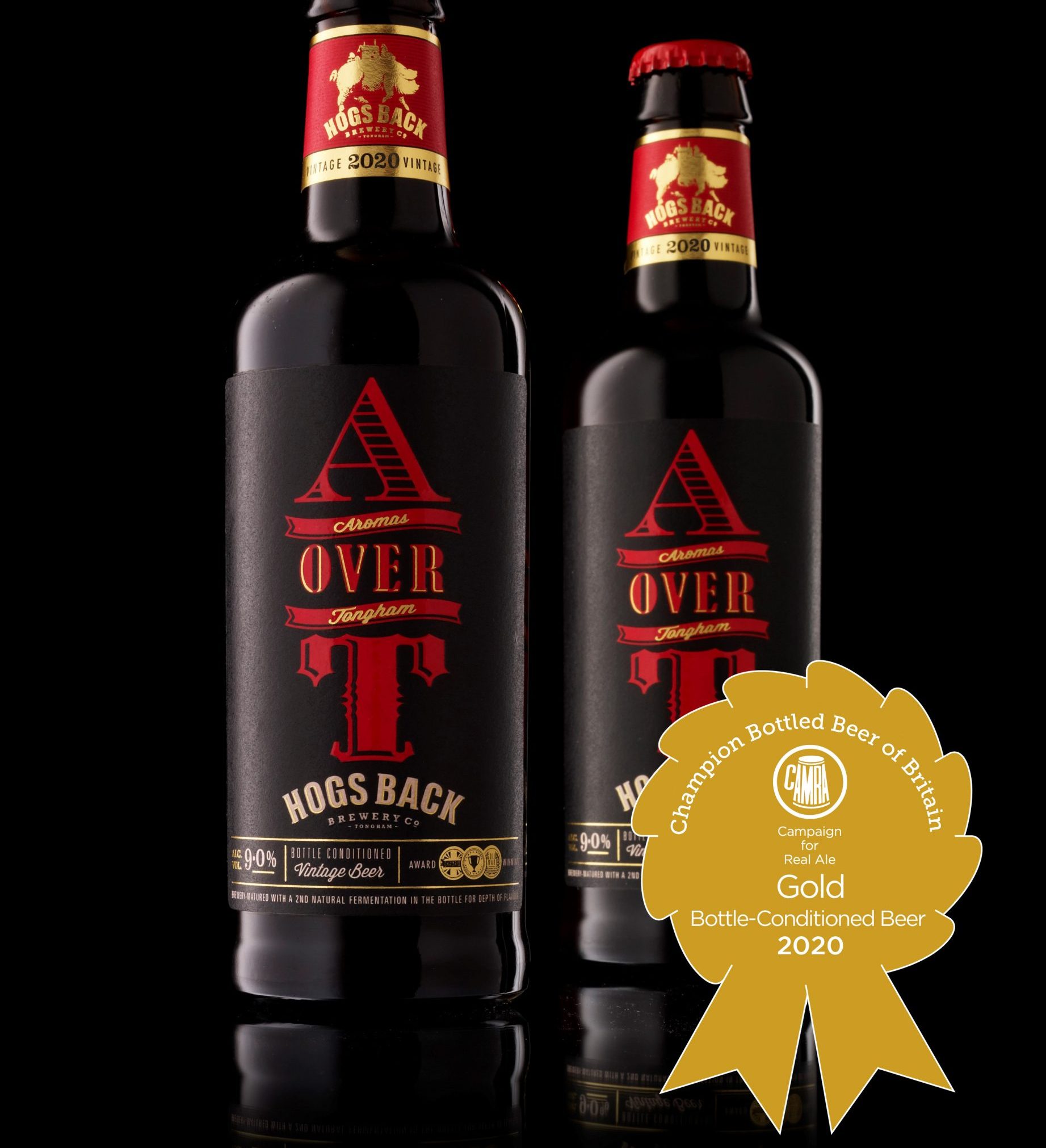 The latest award adds to a series of prestigious accolades for the 9% ABV bottle conditioned barley wine. Rupert Thompson, Hogs Back Brewery managing director, said: “After a challenging year for everyone, this is a wonderful way to mark the start of the recovery.

“A over T has been a regular finalist and medal winner in CAMRA awards over the years, and since CAMRA has sadly been unable to judge cask ales during the lockdown, we’re delighted that A over T, our ‘cask in a bottle’, is flying the flag as a CAMRA champion beer this year.

“It’s very fitting that a strong ale wins the accolade after a year in which both brewers and pubs have had to call on our strength and resilience to get through.”

A over T was awarded the Gold Medal and Champion title following a rigorous judging process involving a panel of beer experts, who tasted bottle-conditioned beers from across the country. The 2020 vintage won the judges’ votes thanks to its rich, complex flavours and wonderful aromas, which give the beer its full name – Aromas over Tongham, after the village near Farnham which is home to the brewery.

Hogs Back now plans a celebration brew of A over T, which will be in prime condition when the brewery celebrates its 30th anniversary in 2022 – as long as beer lovers can resist opening it sooner.

Thompson said: “A over T has been a consistent favourite over the years and its loyal drinkers are always keen to try out the newest vintage, with many of them buying a bottle to enjoy straight away, as well as a few more to put away to savour when the beer has matured further in the bottle.”

A over T is brewed in small batches and matured in the brewery cellar, like a fine wine. Made from high quality English malted barley, Kent Goldings hops are added for bitterness and aroma and Bramling Cross to further enhance the character, resulting in complex flavours of sultanas, orange peel and plums. It’s best enjoyed in a wine glass or a brandy balloon, to concentrate its aromas, and is a wonderful match with blue cheese, such as a well-aged Stilton, and with rich desserts.