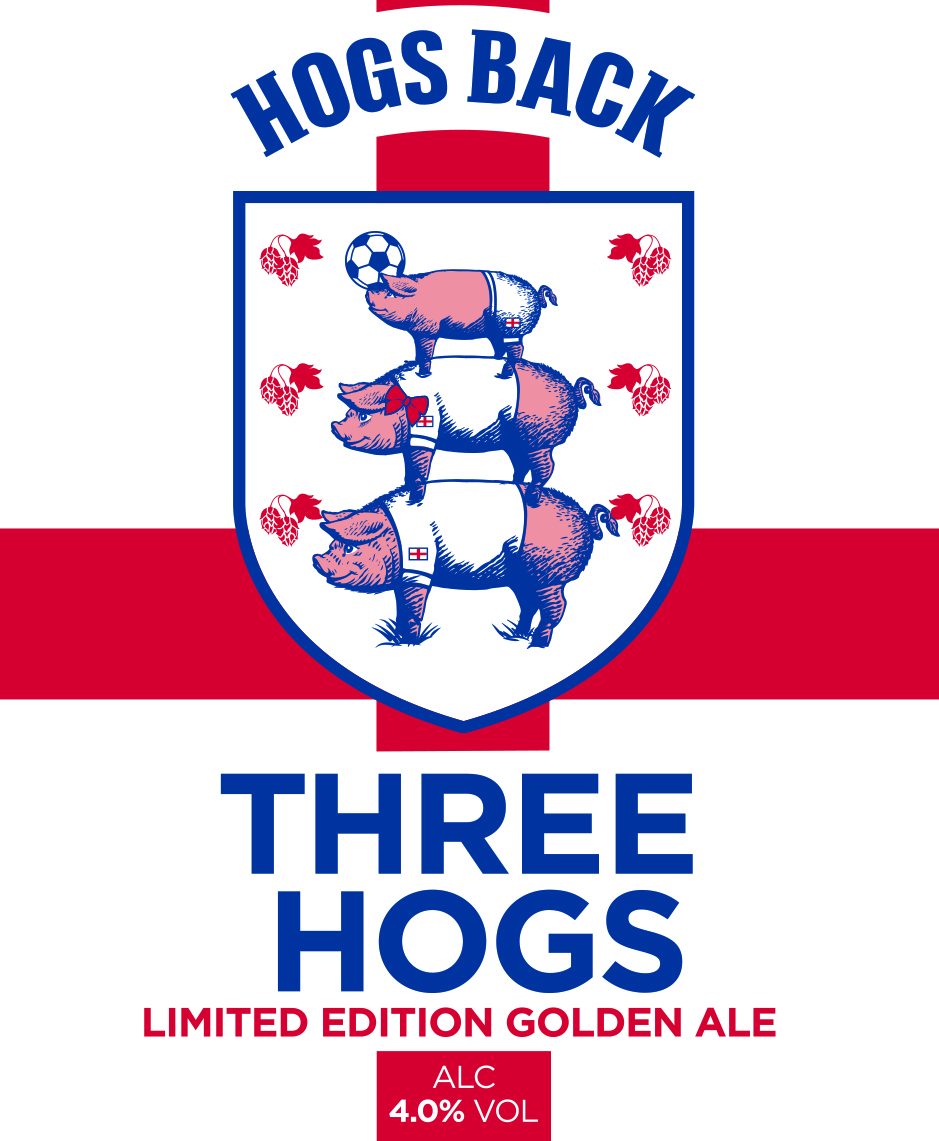 Surrey-based Hogs Back Brewery is following the Football Association’s lead and launching a new,  ‘inclusive’ badge for its popular Three Hogs beer, which is being brewed again for this summer’s Euros

The new design replaces the original three hogs with a hog, a sow and a piglet, and is being offered as a limited-edition pump clip to pubs and bars serving Three Hogs during the tournament, which kicks off on 11 June.

Three Hogs was first brewed for the Euros in 2016, and again for the 2018 World Cup. It is available on draught and in 330ml bottles.

A 4% ABV golden ale, Three Hogs is brewed with a selection of English malts and hops including Fuggles grown on the Hogs Back hop garden next to the brewery. The pump clip and bottle label describe the ale as “a beer of two halves: refreshingly hoppy up front, followed by a balancing bitterness and a hint of sweetness to finish”.

Hogs Back Brewery managing director Rupert Thompson said, “The FA talks about the new badge representing football’s inclusivity, and we felt that was a good message to transpose to Three Hogs: it’s an easy-drinking beer that all football fans can enjoy together while rooting for our national team.”

He added, “Every international tournament raises hopes that football might ‘come home’, and this time, with many of the same players from 2018’s stunning World Cup run, and matches on home soil, the dreams of millions of England fans may finally come true. We certainly hope many of those celebrations will take place with a pint of Three Hogs in hand!”