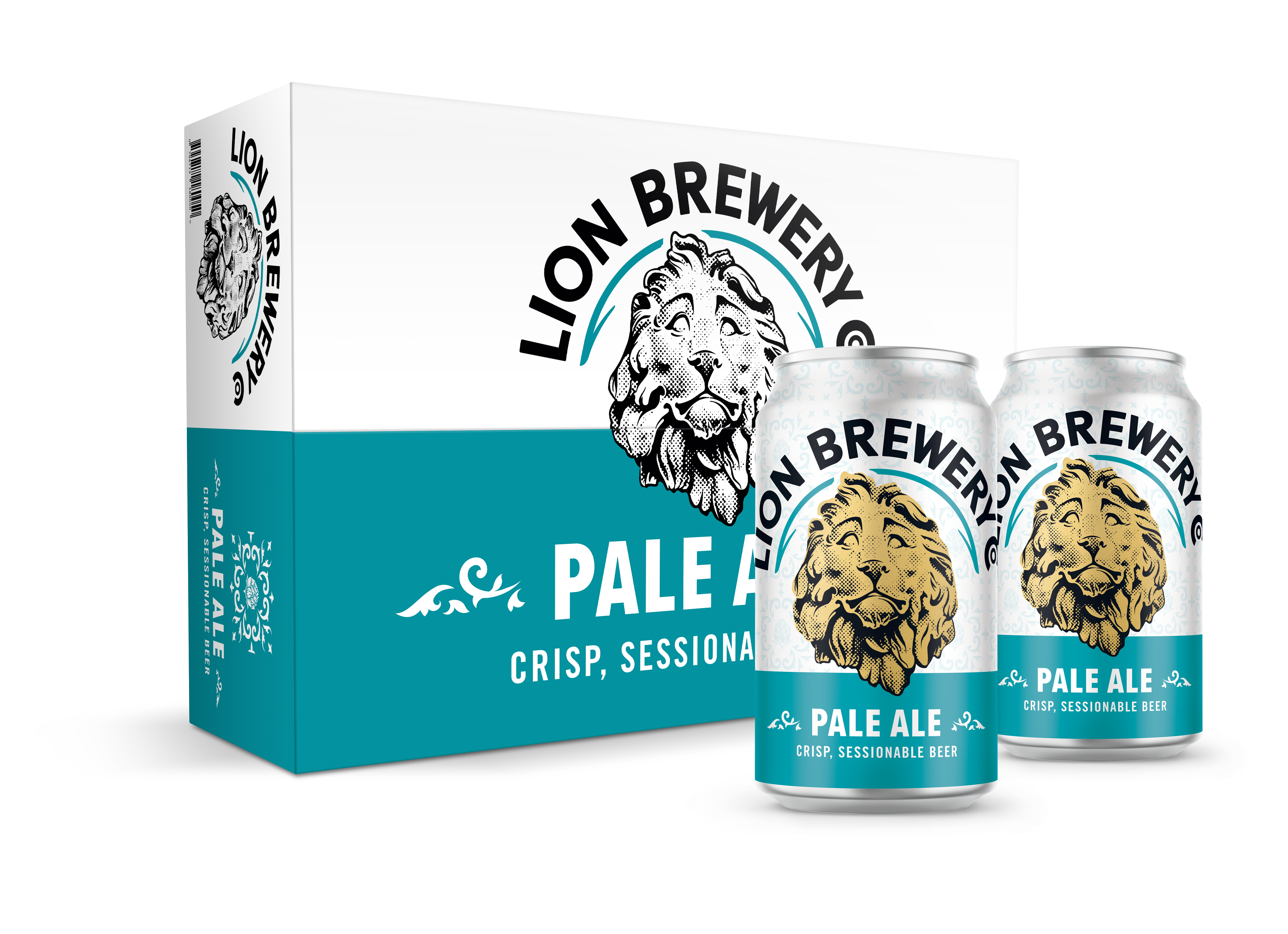 Lion Brewery Co, is re-launching in London after a 72-year slumber. With a time-honoured passion for exceptional beers, and a new focus on clean living and sustainable practices, it is bringing two of its flagship brews to the UK: Pale Ale and Island Lager with more to come

The original Lion Brewery Co dates back to London in 1836 where it shipped generously hopped ales, originally crafted to endure long sea passages, to trading posts around the world.

When the brewery was damaged by fire and closed in 1949, the iconic lion statues were preserved at the request of King George VI. They can still be found today – one is The Southbank Lion, opposite the Houses of Parliament, and the other, now painted gold, guards the entrance of Twickenham Stadium, home of English rugby.

“Our ancestors in London would have been drinking Lion Brewery Co’s IPA throughout the Victorian era” explains co-founder, Harry Renshaw. “It was the brewery’s history, along with the unusual connection between our British birthplace and temporary home in Singapore – the Lion City and a key trading post – that compelled us to resurrect the brand.”

Co-founders Harry Renshaw and Ben Hendry-Prior, Brits living in Singapore with a strong passion for high-quality beers, began brewing in their kitchens back in 2018. They were intent on creating a delicious, easy-drinking beer with the very finest ingredients, bridging the gap between quirky craft and commercial offerings. They soon brought in support from fellow beer lovers and friends, Will Julius, now GM in Singapore, and, more recently, Jack Wilson, GM of the UK and Europe and Ben’s brother-in-law.

“After many trials and tests on our ever-patient friends and family, our final product received such an enthusiastic response that we decided to release it for the rest of the market to enjoy and we’ve never looked back,” says Renshaw.

Subscribing to the era of mindful living, Lion Brewery Co beers are unpasteurised to preserve the flavour, good yeasts, and enzymes, have a moderate alcohol content, and are made with all-natural ingredients, to ensure the freshest, tastiest, and highest quality beer.

Lion Brewery Co is a fervent supporter of sustainable practices. In terms of the brewing process, the removal of the energy-intensive pasteurisation process is a big environmental gain.

When it comes to packaging, Lion Brewing Co uses cans – which are recyclable, lighter to transport, and keep beer fresher for longer, has invested in plant-based, compostable labels and ensures all packaging is as environmentally friendly as possible.

In Singapore, Lion Brewery Co is making rapid steps towards its goal of becoming carbon negative, with schemes such as its reforestation project that plant a tree for every keg sold. There are plans to extend this scheme to the UK soon.

“We realise there is always more we can do, but we believe our ethos is correct. Every decision we make carefully considers the impact it will have on the environment. Our ultimate goal is not only to become carbon negative but to be a force for wider good across the industry and beyond. This will become ever more achievable as we scale up,” says Wilson.

In the United Kingdom, Lion Brewery Co has released its flagship Pale Ale and Island Lager, both brewed in the UK, with more beers on the way.

HOP PROFILE: Tropical fruit and citrus, deeply aromatic due to the dry hopping late in the fermentation process.

Goes well with: A broad range of food, from burgers to curries, cuts of meat and even cheeses.

Tasting notes: Crisp, clean, and thirst-quenching. Dry-hopped with Hallertau Blanc for an elderflower and pine aroma. A smooth, highly sinkable beer, made for every occasion.

Goes well with: Traditional bar snacks, as well as pairing extremely well with lighter foods such as fish, chicken, salads, and pastas.