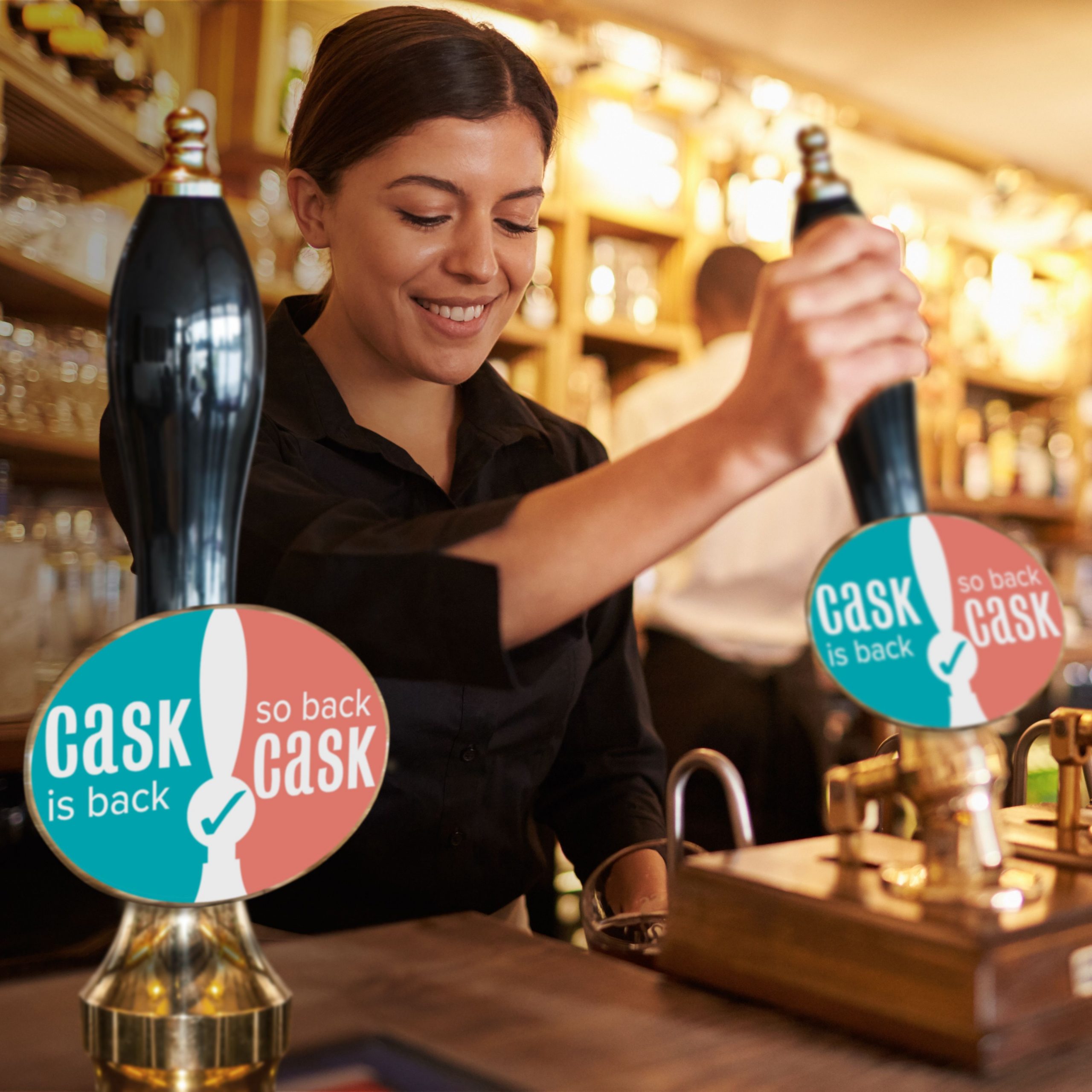 With cask beer sales hit a new campaign says “Cask is BACK, so back CASK”

A new campaign launching today is calling on beer drinkers to back British brewing and pubs and opt for a pint of fresh cask beer from a local independent brewery when they return to pubs next week.

Sales of hand-pulled cask beer, which can only be sold in pubs, have been hit hard by Coronavirus restrictions – with sales of this fresh British beer down 70% over the last twelve months – but a new campaign is seeking to reverse those fortunes and has the backing of brewers, beer drinkers and publicans alike.

The ‘Cask is BACK, so back CASK’ campaign has been launched today by the Society of Independent Brewers, the Campaign for Real Ale (CAMRA), the British Institute of Innkeeping, and Cask Marque – who are championing Britain’s National drink, which can only be enjoyed down the pub.

“Cask beer and pubs go hand-in-hand and are an important part of our National identity. Because cask beer can only be enjoyed in the pub it’s the drink millions of beer lovers across the UK have missed most during lockdown. Whether you’re a real ale enthusiast or sometimes beer drinker, we’re asking everyone to support their local independent breweries and opt for their first pint back in the pub to be some delicious local cask beer. For publicans, those pubs that do cask and do it well will reap the rewards so we’re encouraging all in the pub trade to prioritise cask and ensure that first pint back is in tip-top condition. The message is simple – cask is back, so back cask!” James Calder, SIBA Chief Executive.

“What makes the Great British pub so unique is delicious, fresh cask beer. It’s a drink you can only enjoy in the pub and which millions of people across the UK have not been able to enjoy for much of the last twelve months. So when pubs reopen next week I’d like to invite you to join me in making our first pint down the pub a fresh cask beer from a local brewery, you’ll not only get a great tasting beer but you’ll be supporting local independent breweries and our struggling pub-industry.” Tom Stainer, Chief Executive CAMRA

“Cask ale is a unique attribute to UK pubs and a key point of difference to many BII members, who run professional independent, drink-led venues in our local towns, high streets and communities.  Our pubs need ongoing support to recover their businesses and support fantastic local brewers that make our pubs so special.

“The BII continues to support members through this critical reopening and long road to recovery of their pubs, as well as the key supply chain businesses that help make the Great British pub part of our nation’s heritage.” Steven Alton, CEO of the BII.

“We have all missed the pub and for a lot of us a pint of Cask Ale will complete our rehabilitation. Serving great cask ale I am sure will get more people back into the British pub.” Paul Nunny, Cask Marque Director

National pub group Admiral Taverns have also lent their support, “We are proud to support British independent breweries by serving local cask beers in all of our pubs. It’s a unique product that takes real skill to brew and which our landlords take care to serve to customers in the best possible condition. There really is nothing like a fresh pint of cask beer and we are delighted to be serving it once again to customers in our pubs across the UK” Chris Jowsey, Chief Executive Admiral Taverns.

Cask beer, also known as Real Ale, is Britain’s National drink and what makes it unique is its freshness – brewed to be served fresh and hand-pulled from chilled pub cellars over a few days.