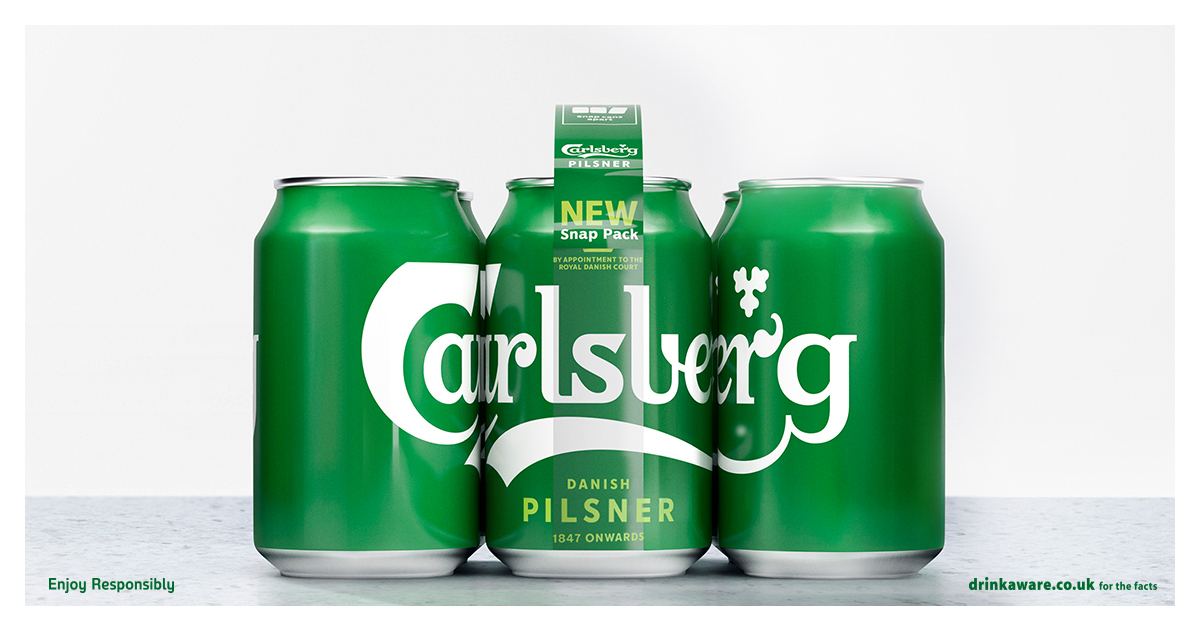 Carlsberg UK is sponsoring a new prize within the Guild of Beer Writers Annual Awards this year, with the aim of recognising the importance of writing and other communication in driving sustainability in the beer and pubs sector.

The Carlsberg UK Award for Best Writing on Sustainability in Beer and Pubs is now open for entries until the closing date of 6 September. Submissions can be press articles in trade or consumer-facing publications, blogs, radio or TV broadcasts, podcasts or any other communication that reports on sustainability.

Entries can be made online on the Guild’s website https://www.beerguild.co.uk/awards/.  All submissions will be reviewed by judges and a shortlist announced in November before the winners are announced the Guild’s Annual Awards Dinner on 3 December. The new award comes with a £1,000 prize for the winner and £500 for the runner-up, contributing to a total prize fund of £13,500 – an all-time high for the competition.

Carlsberg UK Head of Corporate Affairs, Andrew Roache, said: “To secure a sustainable future for our industry, brewers and pubs must strive to have a positive impact on people and the planet. By sharing across the industry and learning from one another, we can progress faster.

“We are delighted to sponsor this new award to honour the writers, podcasters, filmmakers, journalists, and all those documenting the pursuit of better across the industry. It recognises their important role in sharing knowledge and ideas to build a more sustainable future.”

Guild Chair Pete Brown said: “Sustainability is one of the most important topics in our industry and likely to become even more so in the years ahead. It is absolutely right that we recognise and reward those writers who are contributing to greater awareness and sharing of best practice in the field, and we’re thrilled that Carlsberg UK are making this new award possible.

“We now have nine Awards sponsors and are immensely grateful for their support.  We’re very proud of our awards scheme, which encourages entries from a wide range of communicators, is robustly judged and offers a generous prize fund. We look forward to rewarding the best beer and pubs communicators at our Awards Dinner in December.”

Award categories, criteria and downloadable entry forms can be found on the Awards page. Entries must have been published between 1 September 2018 and 31 August 2019 to be eligible.

Caption to attached image: Goodbye plastic rings. Hello Snap Pack. By sticking cans together, the Carlsberg Snap Pack helps to halve plastic use from brewery to store. Part of the brewer’s ambitious sustainability plan, Together Towards ZERO.

Established in 1872, Adnams combines innovation with tradition. Behind the walls of its Victorian-looking building, it has some of the most advanced and energy-efficient brewing equipment in Europe and constantly experiments with new, innovative techniques.  Adnams brews a range of quality beers which reflect its heritage but also challenge conventions. The brewer uses locally-grown East Anglian grains of malted barley, rye, wheat and oats wherever possible and deploy a number of different hop varieties from Britain as well as across the world – all of which contribute to their beers’ individual characters. Adnams retains the values of an independent, family run business with a strong commitment to and leadership in sustainable business practice.

Asahi Europe’s beer portfolio includes beers brewed in unique ways and with unique histories, from medieval Belgium and Netherlands to modern day Japan, Italy and Great Britain. Crafted from a long tradition and rich heritage, our world-class brands continuously reinvent themselves as contemporary premium beers that travel the world and please discerning consumers in nearly 80 countries. Supported by state-of-the-art breweries, quality ingredients and a culture that fosters innovation, encourages collaboration and rewards high performance, we aim to bring the best quality of beer to life. Our variety of beers delight millions of people around the world with their top quality and uncompromising integrity.

As part of the Carlsberg Group, Carlsberg UK has long been brewing and selling some of Britain’s favourite beers. Today, they include Carlsberg Danish Pilsner, Carlsberg Export, Poretti, Grimbergen and Tuborg. We also hold the UK brand licences for San Miguel, Mahou, and the Brooklyn Brewery range, putting them at the heart of our growing premium portfolio.

Our founders were driven by an ambition to brew for a better today and tomorrow. Over 170 years later, we continue to pursue the same purpose. We want to contribute to a better society wherever our beers are brewed and sold, and that includes taking a lead on sustainability. It is central to our purpose, and we also believe it’s the right thing to do – bringing clear benefits to our business and to society as a whole.

Fuller, Smith and Turner P.L.C. is a premium pub and hotel business with just under 200 Tenanted and just over 200 Managed Pubs and Hotels. Fuller’s focuses on providing delicious fresh, home-cooked food, outstanding cask and craft ale, great wine and exceptional service and there are 817 boutique bedrooms across the Managed estate. The Fuller’s pub estate stretches from Brighton to Birmingham and from Bristol to the Greenwich Peninsula, including 173 locations within the M25. Fuller’s also owns Bel & The Dragon, six stunning country inns across the Home Counties, and The Stable, a craft cider and gourmet pizza restaurant business, with 17 restaurants in England and Wales. In April 2019, Fuller’s sold its beer business to Asahi Europe Ltd.

Brewing in Bury St Edmunds, the home of Greene King, dates back 1000 years to the day of the Doomsday book and in 2019 our two historic breweries, Westgate in Bury St Edmunds and Belhaven in Dunbar will be celebrating a combined brewing heritage of 520 years. With a diverse range in our beer portfolio, from pale ales to craft beers and from bitters to stout one thing is for sure, our passion for brewing top quality, delicious beer is as strong today as all those years ago.

With over 2,000 passionate people, some of the nation’s most loved beers and ciders, 2,700 pubs, thousands of acres of orchards and three UK breweries, there’s more to HEINEKEN than the name above the door. Our portfolio of brands includes Heineken®, Lagunitas, Birra Moretti, Maltsmiths, Kronenbourg1664, John Smith’s, Amstel and Red Stripe, backed by a full range of niche and speciality brands.  We are also proud to work in partnership with Beavertown Brewery and Brixton Brewery.

This campaign, backed by Britain’s Beer Alliance, celebrates the vital role local pubs play in our community, culture and economy whilst highlighting the jeopardy they face from a range of taxes including beer duty, business rates and VAT. Last year more than 116,000 people signed the petition and almost 50,000 people wrote to their MP asking for a cut in beer duty. In addition, more than 19,000 pubs supported the campaign. The Chancellor heard the voices of pub-goers, publicans and politicians and froze beer duty protecting jobs and future investment – but there is more to do

This year there is a further beer duty rise planned in the Autumn Budget, so we are encouraging everyone to sign a petition and email their MP to ask for a cut in beer duty at www.longlivethelocal.pub.

The St Austell Family Group employs more than 1,500 people and runs over 175 pubs, inns and hotels across the South West.