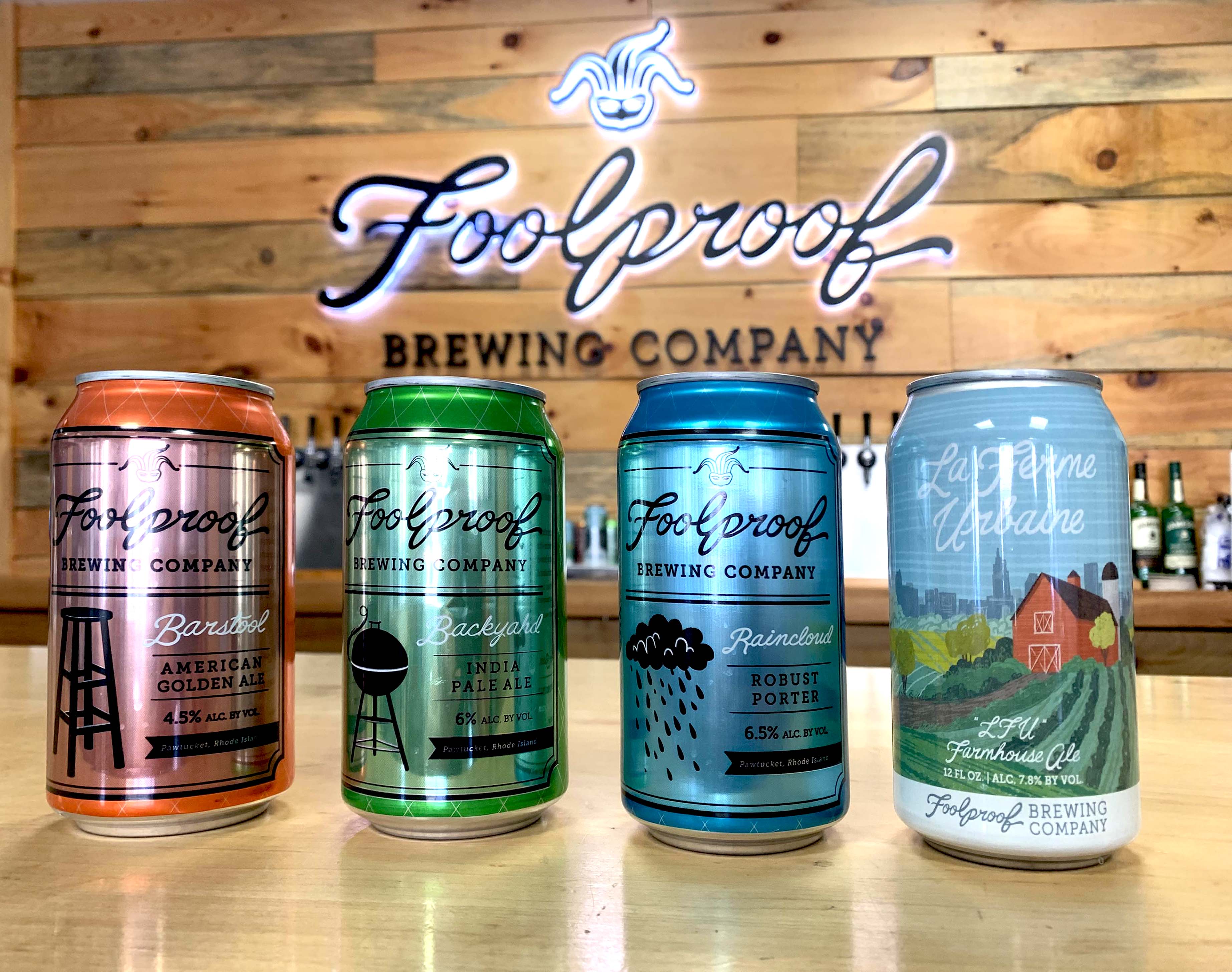 Foolproof is a newly emerging East coast American craft brewery that produces limited production seasonal and speciality brews and markets its beers by naming them after experiences or common drinking contexts for which each beer is intended.  Heathwick will be tapping into the trend towards more experience-based drinking occasions that offer the consumer something different.

Packaged in the popular 12 oz can format, four year-round beers will be making their debut in the UK from July, comprising:

Foolproof Backyahd IPA, 6% ABV – an aggressively hopped American IPA with a tantalising hop aroma.  Available in 12oz cans and 30ltr keg.Pairs with: spicy food.  Experience: unspoken zen with a spatula in your hand…

Foolproof Barstool American Golden Ale, 4.5% ABV – handcrafted from the freshest ingredients including two-row barley and speciality malts, and a blend of English and Czech hops.  Available in 12 oz can and 30 ltr keg.  Pairs with: burgers, chicken and lamb
Experience – drinking at the bar with your buddies

“We are ecstatic to introduce Foolproof’s brews to beer lovers across the UK and fortunate to be partnering with such a reputable and knowledgeable importer, Heathwick Ltd.,” said Nick Garrison, president and founder of Foolproof Brewing Company. “The UK has a proud beer culture deeply steeped in history and tradition, and Foolproof looks forward to showcasing the bold flavours, ingenuity, and creativity of our craft beers to the UK market.”

Graham Richardson, general manager at Heathwick, adds: “It’s important for the imported beer market to continue innovating in order to compete with the rapidly evolving UK market we see today.  We are launching Foolproof because it brings a different dimension into the UK market and is not just a ‘me-too’ brand.  Consumers are more adventurous than ever before and want to try new and exciting beers that offer a genuine point of difference.  We believe that Foolproof’s experience-based drinking occasions will fulfil these criteria and the UK beer drinker will welcome a new imported entrant. From the trade perspective, we will be supplying high-quality American craft beer competitively priced with comparable UK styles.”

The Foolproof range will be available to consumers nationally from Beers of Europe and the trade will find it at most major craft beer wholesalers from w/c 1.7.19. It will feature in 4th July events across the UK and be part of the international bottled beer range at the Great British Beer Festival this August.