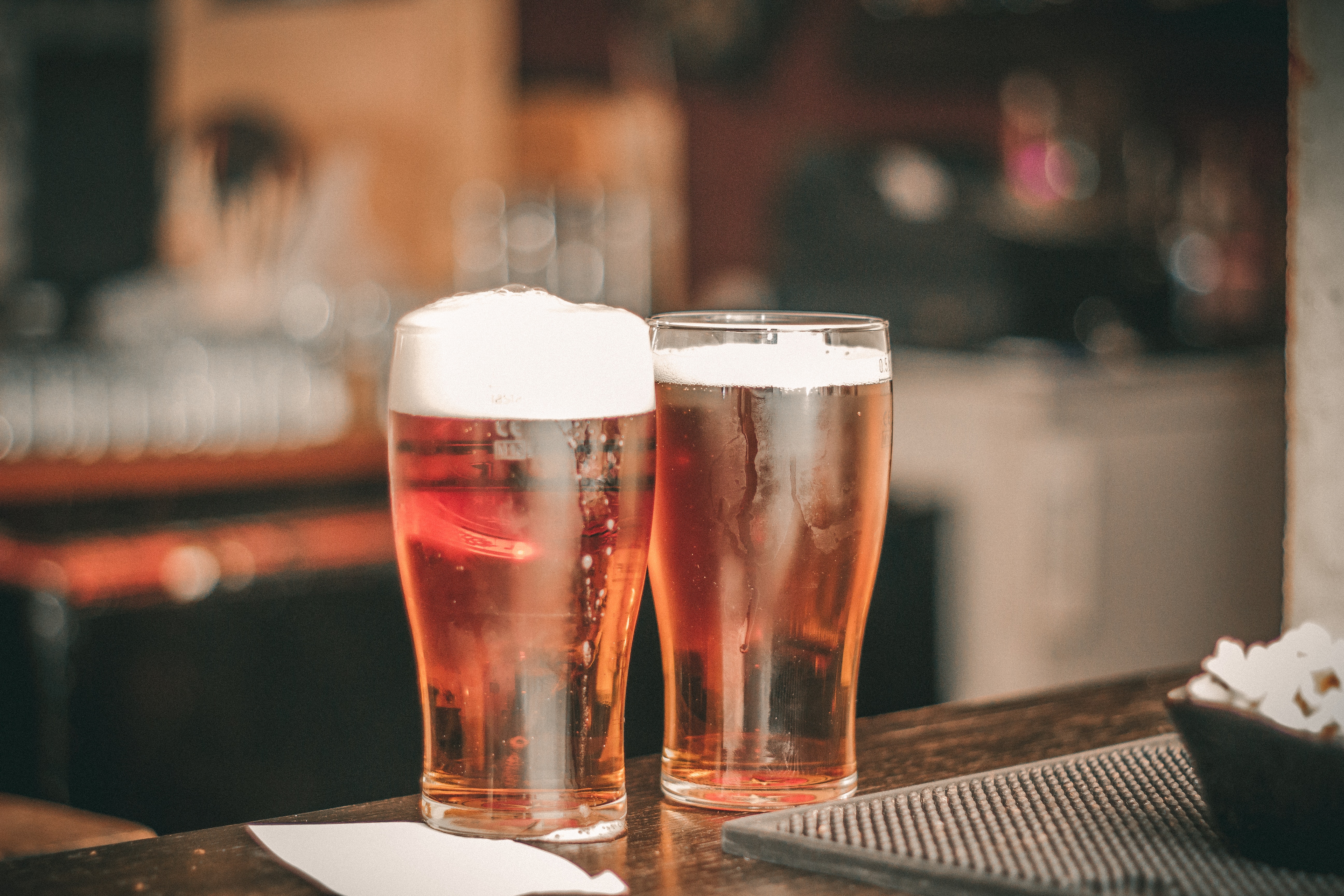 As it releases the 46th edition of its Good Beer Guide, the Campaign for Real Ale (CAMRA) has named the top 16 pubs in the country as part of its nationwide search for the National Pub of the Year.

The top 16 contenders include a diverse range of pubs from micropubs to street-corner locals and community-run pubs. Apart from serving beer, many on the list brew their own, host beer festivals, music and community events and boast fantastic interior design.

Each of the pubs were judged against numerous other local branch winners and deemed to be the best in the region overall, with a perfect mix of the essential characteristics of a great pub: atmosphere, decor, welcome, service, value for money, customer mix, and most importantly — quality real ale. They are selected by CAMRA volunteers and can all be found in the latest Good Beer Guide, which lists thousands of the top pubs across the country and a full list of the breweries in each county.

Each of the regional finalists will now compete in the next round of the competition, hoping to be named one of the four super-regional finalists — and stay in with a chance of becoming the overall winner. The final announcement of the National Pub of the Year winner will take place in early 2019.

National Pub of the Year Co-ordinator Andrea Briers says: “It is a huge honour to be selected as one of the top 16 pubs in the country, as well as being featured in the Good Beer Guide. A great deal of time and effort goes into deciding which pub from each region should go forward into the next round.

“The competition really gets difficult now as these pubs will compete against one another to be named one of the top four in the country. Last year’s national winner, the Cricketers Arms in St Helens, enjoyed a huge boost in its popularity from visitors near and far, and all of the competing pubs will hope to secure national recognition from the competition.”

Dedication to quality has made the Nag’s Head a multiple winner of local CAMRA Pub of the Year and Cider Pub of the Year awards, and this is the second consecutive year it has been named a regional finalist. With a wide range of real ales, ciders and perries, visitors can be sure to find something to their taste, and the selection of board games available makes it a welcoming place to while away a few sociable hours.

The multi-award winning village pub has been owned and run by the same family for over 60 years and in the Good Beer Guide for 24 of them. The unspoilt middle bar, with its wooden benches, roaring fire and a collection of decoy birds that seem to be gathering on the beam over the bar, is a favourite spot to catch up on local gossip. The pub’s Son of Sid brewhouse supplies the pub and local beer festival. Fish and chips are a highlight on a Friday night!

Local CAMRA Pub of the Year 2017 and 2018, the White Hart is a cosy two-roomed pub in the heart of Bargate. With a reputation for friendly staff, good beer and a welcoming atmosphere, it is popular with locals and has an excellent selection of changing cask ales. A large beer garden is situated to the rear and walkers are always welcome.

Formally a hairdressers’, the Little Green Dragon was the area’s first micropub and voted the local CAMRA Pub of the Year 2018. Beers are dispensed by gravity from the cool room and availability is posted regularly online. Takeaway containers and a varied selection of bottled beers are also on offer, along with up to seven ciders. Sofas, a church pew and bus seats create a cosy, friendly, atmosphere.

The Flying Horse is an impressive Edwardian stone free house situated in the town hall square. Built in 1691 and rebuilt in 1926, the building retains many original features including log fires. Up to 10 cask ales are sold alongside four real ciders. Live music plays on a Thursday, Friday and Saturday, and the homemade food menu features meat from the local butcher and pies made on the premises.

This friendly, award-winning micropub near the pedestrian precinct is comfortably furnished and carpeted. Five real ales, mostly from Kentish microbreweries, and over 10 ciders are served on gravity from the temperature-controlled cellar room. Wine, mead and soft drinks are also from Kent producers. Snacks can be bought in from the local deli and a feasting board is available with 48 hours’ notice.

CAMRA’s current national Pub of the Year, the Cricketers Arms has established itself as an excellent cask ale pub, with 13 handpumps on the bar. Beers come from newer regional brewers and local microbreweries, and there is also an excellent selection of real ciders. This is a friendly local community pub on the edge of the town centre, hosting darts and pool teams, and entertainment at the weekend. Beer festivals are staged several times a year.

This town’s first micropub is named after the environmental conditions that recently prevailed on Teesside. Four real ales and two real ciders are served alongside an impressive range of Belgian beers, all in matching glasses. Third-pint glasses and bespoke tasting tables are also available.

Run by the same family since 1858, the bar and snug are traditional with wooden floors, wood panelling and mirrors from defunct local breweries. The more modern lounge opens at the weekend. The real ales, mostly hoppy and pale but often with one darker, change regularly.

The Fleece Inn is an attractive 17th century village pub set in the heart of Hillesley. It has a single bar with a wood-burning stove, a separate lounge/dining room and a snug area. The pubs serves up to six real ales and also features guest craft keg and draught cider. Food is served at lunchtime and in the evening up to 9pm. There is a large, attractive lawned garden with a safe play area for children.

This attractive 16th century inn is renowned for its commitment to good quality real ale from microbreweries. Six handpumps, one of which offers a dark ale, and a dozen ciders and perries provide great choice. The main bar features low beams, flagstones and an inglenook fireplace with log-burning stove. Excellent food served from an open kitchen includes homemade pizzas and daily specials. Outside is a large garden where the extremely popular late spring and August bank holiday beer festivals are held.

A welcoming local close to the railway station with three low-ceilinged rooms and a covered outdoor drinking area. This traditional pub has won numerous awards since it was revitalised by the McGivern family in 2009, including CAMRA’s National Pub of the Year award in 2011. The changing range of eight ales will usually include a brew from the on-site McGivern brewery when it is operational. Families and well-behaved dogs are welcome in the lounge.

A true community pub in the heart of the village, the Wonston Arms serves four real ales from local breweries plus 160 gins. It opens on Mondays for darts matches, a fish and chip van visits Tuesdays, curries are delivered Fridays and a fishmonger visits on Thursdays. Folk music takes place on the second and fourth Wednesdays of the month and it is also home to regular jazz sessions, quizzes, and a photography club.

Home to a magnificent bank of 10 handpulls with eight serving real ales and two serving ciders, the pub prides itself on having an ever-changing choice often from less well known and local breweries. Real fires, a suntrap beer garden and an almost complete collection of past Guides make this a must-visit. Live music is an attraction on Sunday evenings and accommodation is available.

A former off-licence, this micropub opened in 2017, retaining the original shop window. It features grey paint, bare floorboards and candles after dark and follows the micropub formula: no food, no music and no machines. There is a second room down a corridor with extra seating and board games, and a microgarden is planned.

CAMRA named this homely, two-roomed village inn its National Pub of the Year in 2016.  Rescued and refurbished in 2010 after a successful community buyout, it now features its own library, shop, allotments and other local facilities as well as great food and Yorkshire-brewed beers and a selection of nearly 90 whiskies. A large beer terrace at the rear offers stunning panoramic views over the Swale Valley. Open all day bank holidays.