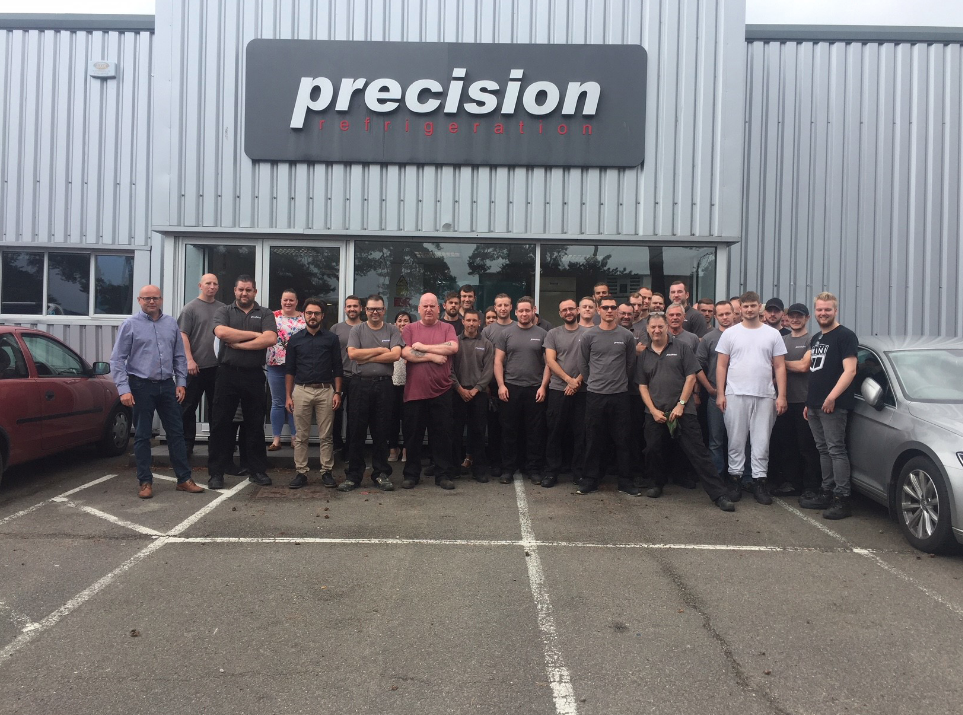 A Norfolk-based British manufacturer is doing rather well both over here and over there as it celebrates its tenth anniversary. With business up 30% in the past year, exports accounting for 40% of production, and sales to the Middle East up 500% compared to 2017, Brexit doesn’t seem to be a problem for Precision Refrigeration – in fact, it’s looking to double production capacity in the next two years. The company makes commercial refrigeration for the foodservice industry and counts many illustrious chefs amongst its customers, including Michel Roux Junior.

2008 was the year the company became Precision Refrigeration and focused its output on the foodservice industry. It was also the year that managing director Nick Williams joined the firm. “These last ten years have been an amazing success story – it just shows what a team working together can achieve,” he says.  “From R&D through production to the sales force and our dealer network, we have a fabulous pool of expertise made up of dedicated, hardworking and creative people.”

That creativity has led to Precision developing some radical products that have captured the imagination of the foodservice market – none more so than its award-winning Retro Refrigeration range. Mixing 50s styling with the very latest technology, Retro has turned a restaurant’s refrigeration from kitchen workhorse to a talking point and a style feature.

“Our R&D department is working on new models to extend the range,” says Nick. “Retro was originally conceived as a one-off, but it’s generated a huge buzz of interest and, while it’s still a relatively small part of our overall business, we’re obviously looking to make the most of its success.”

Since 2008 Precision’s sales have gone up on average 25% per year – hence the plans to expand production, which will also mean the company will need to recruit more factory operatives, engineers and support staff.

Meanwhile, this year the company will celebrate its anniversary with two birthday parties – one at a venue near its factory and offices in Thetford, and one in London at the Orrery in Marylebone High Street. “The parties will be a ‘thank you’ to our staff, our dealers and our customers for all their support and input into Precision’s success,” says Nick.

For more information check out the Precision website (www.precision-refrigeration.co.uk), or call the company directly on +44 (0)1842 753 994.