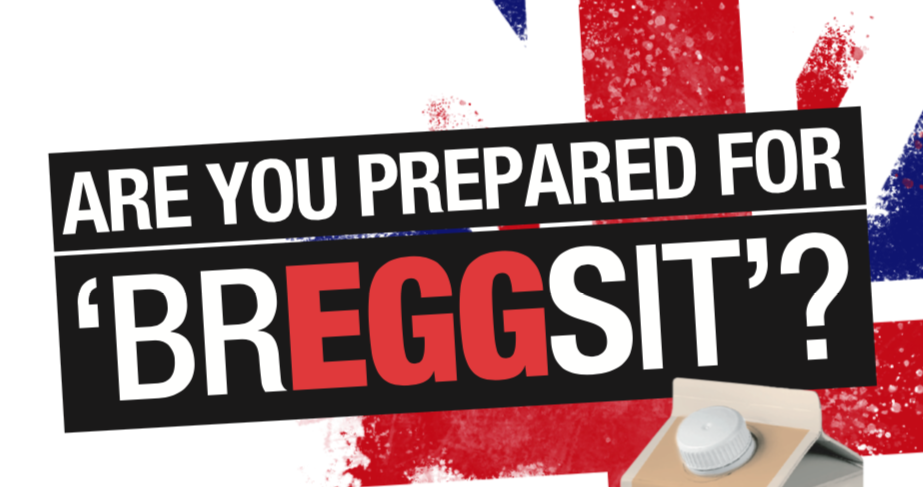 Food businesses across the UK are being encouraged to ‘trust the Lion’ and rely on British Lion eggs and egg products – for both surety of supply and food safety – ahead of the UK’s departure from the European Union in March 2019.

With Brexit supply uncertainty and recent food safety scares on the continent, as well as new research showing strong consumer demand for the use of British eggs in prepared food, there are serious question marks over the future of imported eggs and egg products.

The independent research[1], commissioned by British Lion Egg Processors, showed that more than two-thirds of shoppers are concerned that the egg in prepared food products they purchase is produced to different standards depending on which country it comes from.

The report also found that:

Ian Jones, Chairman of British Lion Egg Processors, said: “There is a ‘Breggsit’ storm brewing. In these uncertain times, with the potential knock-on effects of Brexit on the supply of food imports still not clear, and recurring issues with the safety of eggs and egg products produced abroad, food businesses can put their trust in the Lion to guide them through safely.

“With research also clearly showing that consumers want British eggs to be used in prepared foods containing egg, now is the time for food businesses to give them what they want, relying on the Lion for surety of supply and the highest standards of food safety.”