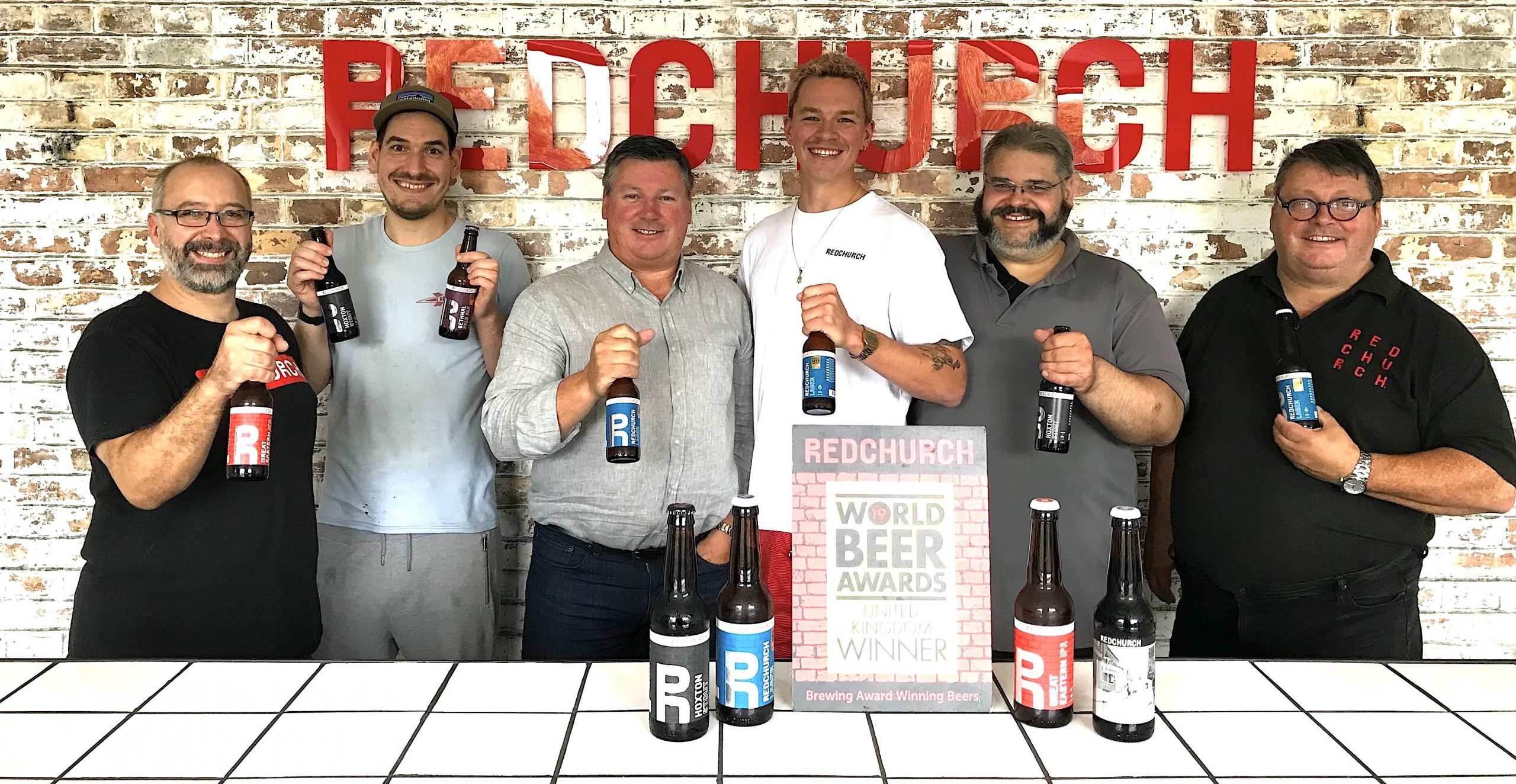 This is the 3rd year in succession the Harlow brewery has been selected from 1000’s of entries won at The World Beer Awards awards. This is further testament to the Redchurch team who are not part of a major corporation, but a local independent craft brewer making a wide range of beers with love, care and attention to customer’s tastes. This now takes Redchurch’s haul of World Beer Awards to “NINE” across their product portfolio of beers!

• The Old Ford Export Stout made it THREE in a row with SILVER! In the “Imperial Stout” category

The World Beer Awards receive 1000’s of entries from over 36 countries. The judging panel looks at the beer type, country of origin and award just the Country’s Best, Gold, Silver and Bronze to the top four beers of each type from each country.

A new “Star” in the making

“You love it, it’s popular – so we brewed it” – why blend and shake and chop and pour when you can simply pop a cold one??

The perfect match between beer and cocktail, the ultimate day drinking all day session companion! At just 4% ABV, this fruity goodness Is a pickup and go kind of beer! The perfect sunny session is brewed to be shared by everyone…. this is not a “not for me” situation. This is a pallet pleaser for all (even the non-cocktail drinking ‘blokes’).

What they are saying

Deliciously Different – “Pop the cap and you get the aroma of passion fruit immediately. It’s massive on the nose but not overpowering on the palate. A tasty pale ale with a smooth finish. An instant classic!!”

How wrong can you be?! – “Well, this was a surprise. I was fully prepared not to like this thinking it would be no more than a marketing ploy. However, I was really taken with it – the aroma is strongly of passion fruit, but the taste is very well balanced. The fruit complements the ale rather than fights it”.

Less calories for the conscious drinkers

It was rumoured that it is impossible to find a low calorie, great tasting beer – so the team at Redchurch set about resolving this drinker’s conundrum.

Recent research highlighted that 78% of 18–35-year-olds are conscious of the calories in the alcohol they consume. Whilst those who like to keep fit and are keen to reduce their daily calorie intake are stuck with poor choices when selecting an alcoholic beverage.

As a result, Redchurch Brewery has created Light Work Lager with only 82 calories in a 330ml bottle at 4% ABV it really is a great tasting beer.

The beer is being launched at Chris Evan’s RunFest in Winchester where 15,000 health-conscious runners are meeting for the weekend of 27-29th August.

“These are three examples of the exciting work that the great team here at Redchurch are doing,” says Commercial Director Tony Porter. “We are making products that are being recognised as World Class as well as appealing to a wide range of drinker’s tastes.