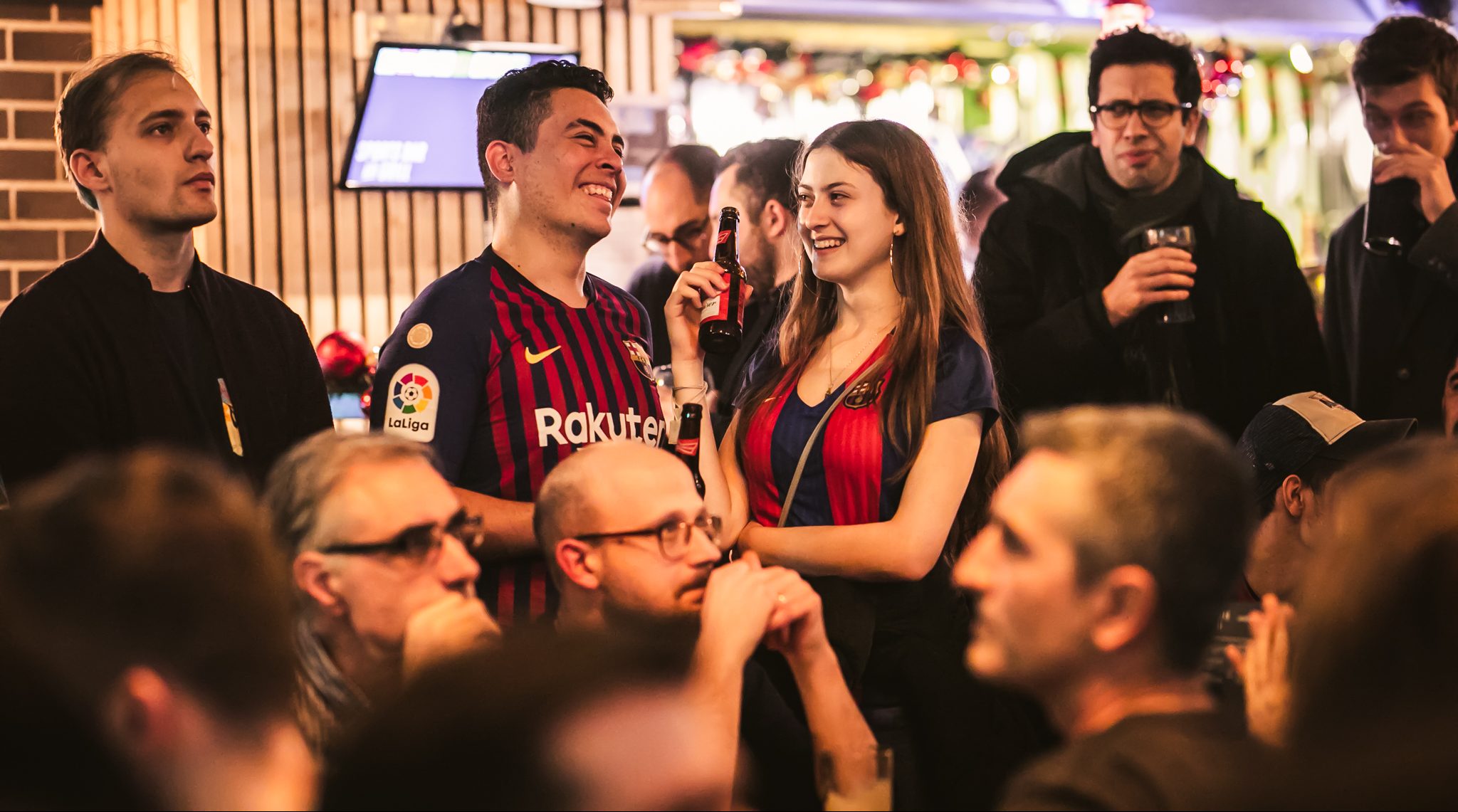 With the new football season underway, LaLiga and its UK broadcast partner Premier Sports have partnered with Stonegate Group, the largest pub group in the United Kingdom, to offer wall-to-wall LaLiga coverage at venues across the country via LaLigaTV, the 24/7 television channel offering every live match from Spain’s top flight LaLiga Santander.

Through the agreement, Stonegate Group together with its regional and venue managers have identified nearly one hundred “LaLigaTV pubs” that will actively show and promote the channel, spanning every region of Great Britain including the largest cities by population across England, Scotland and Wales. All venues can be searched via Stonegate’s We Love Sport app, available for iOS and Android.

“We’re happy to partner with LaLiga and Premier Sports to bring LaLigaTV to fans at key Stonegate venues across the country” said Stephen Cooper, Sport Marketing Manager for Stonegate Group. “Our research has shown that LaLiga is one of the most popular international sports properties in the UK, and this season fans can enjoy all the action at their local Stonegate venue by downloading the We Love Sport app.”

“Premier Sports continues to offer the best in live sport to bars and pubs across the United Kingdom,” said Graham Byrne, Director of Commercial Customers at Premier Sports. “In this regard, we’re pleased to see so many Stonegate venues taking a clear interest in showing the best of Spanish football via LaLigaTV.”

“Fans have been waiting for the chance to enjoy club football at their local in a safe and welcoming environment,” said Keegan Pierce, LaLiga Global Network Delegate for the UK and Ireland. “Through Stonegate Group and our partnership with Premier Sports, we are pleased to offer increased coverage for our 24/7 LaLigaTV channel, thus further strengthening LaLiga’s commitment to the UK market.”

Participating Stonegate LaLigaTV pubs in major cities across the UK include:

LaLigaTV coverage began last weekend, as the 2021/22 season kicked off with Real Madrid, Sevilla FC, Valencia CF, FC Barcelona and holders Atlético Madrid all taking full points from their opening round of matches. LaLigaTV is the best place to catch all the action, including the following Matchday 2 fixtures (all KO times UK/BST):

Launched in the UK and Ireland in January 2020, LaLigaTV is the only dedicated channel showing all live content from an overseas football league. LaLigaTV is currently available for residential customers in the UK and Ireland via Premier Sports on Sky TV (Ch. 435) and in the UK on Virgin TV (Ch. 554) and streaming via Amazon Prime Video Channels and the Premier Player service. For commercial premises, LaLigaTV is available in the United Kingdom exclusively via Premier Sports.