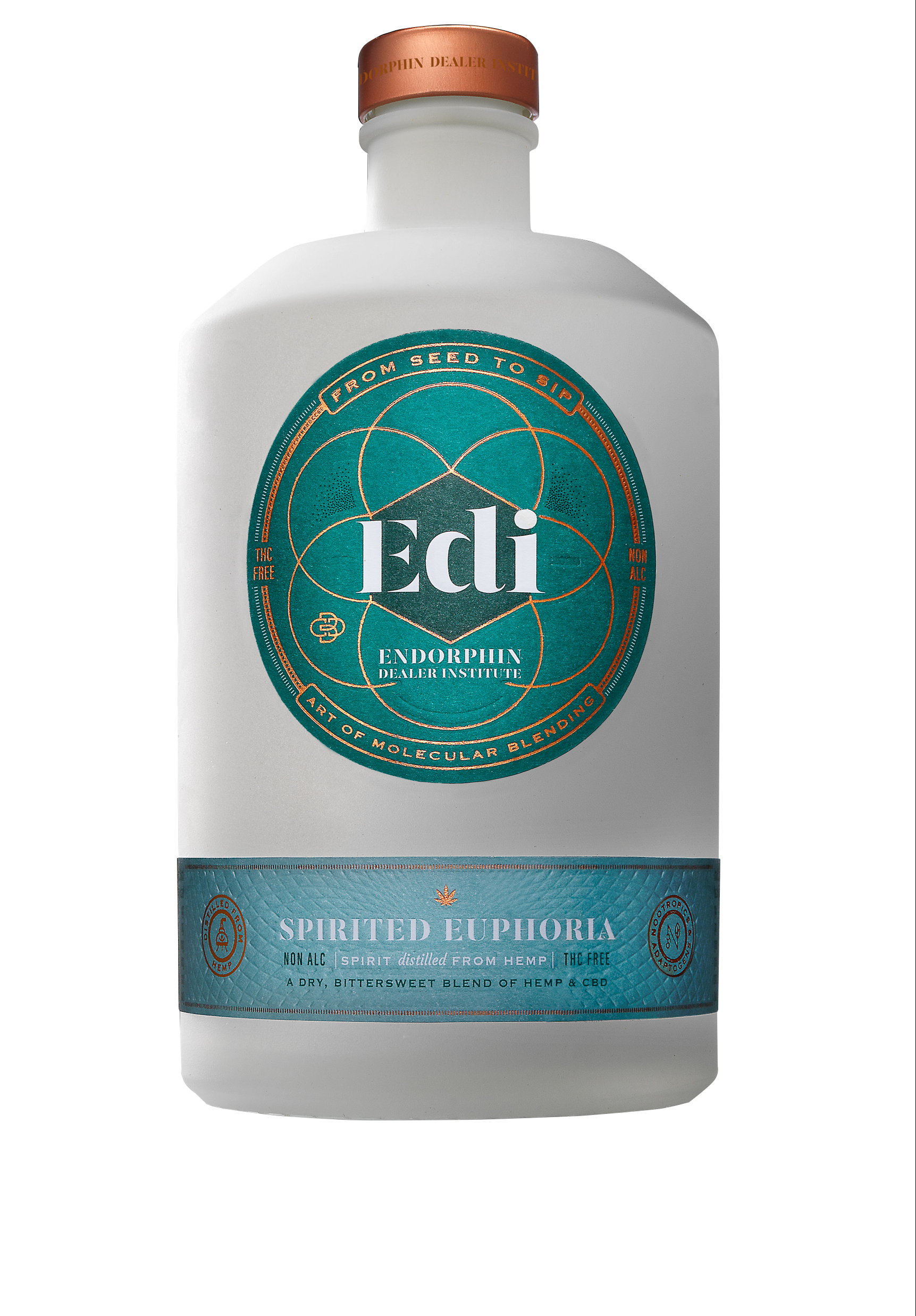 Having won a silver medal in the 2021 San Francisco World Spirits Competition (non-alcoholic spirits) for Spirited Euphoria less than two months after launching, the newly founded Endorphin Dealer Institute (Edi) is now setting its sights on gold. In its pursuit of excellence, the Institute crowdsourced feedback on how to take Spirited Euphoria to the next level. The results were unanimous; the call was to refine the delicious hemp flavours to make Spirited Euphoria even more versatile and to elevate the uplifting effects, both of which can be experienced starting today.

“A silver medal at the San Francisco World Spirits Competition tells us we’re on the way to building something truly great,” says Alexander Jakobi, Edi Co-Founder. “As you’d expect from our motorsports background, it’s in our DNA to continually push boundaries by chasing marginal gains and tracking and monitoring every aspect of development to continuously innovate and improve. Importantly, this includes listening to our drivers; so we collaborated with drinkers, mixologists, journalists and investors to inform our next step in pioneering premium distilled endorphin spirits.”

Edi’s Master Blender, Anthony Wilson (who also helped to develop Seedlip), has perfected Edi’s innovative hemp distillation processes to hone-in on what people cared most about. Drinkers enjoyed balancing the bittersweet aperitif notes of Spirited Euphoria with citrus tonic waters, like Fever Tree Mediterranean, but they wanted to experiment further. So, the team rounded off the hemp taste profile to dial up the deliciousness and make it even more versatile with a wide range of mixers – allowing bartenders and consumers to get even more creative.

The Edi team also set to work on heightening the ‘Edi Effect’ by increasing the levels of naturally uplifting CBD and nootropics, like 5HTP, within Spirited Euphoria’s molecular blend. Now with 12mg (up from 10mg) of premium-grade CBD in every 25ml serve, sourced through the highest pharmaceutical standards, consumers can wind down and enjoy the Edi Effect after one or two serves, as well as experiencing the cumulative effect over time.

“Hemp is an exciting, but undiscovered territory for us – we’ve not even scratched the surface of hemp distillation, and all the things we can do with it as a new ingredient for drinks,” says Anthony Wilson, Edi’s Master Blender. “We’ve taken Spirited Euphoria to the next level by landing the perfect balance of bitterness and refreshment to help people wind down in the evening – the future continues as a blank slate for us, and there’s so much more to come.”

Since launching Spirited Euphoria, the Institute has been actively listening and learning from drinkers, mixologists, journalists and investors; studying reviews, emails, polls, competitions and interviews. Edi is dedicated to engaging throughout every step of its journey in the new distilled endorphin spirits category, giving everyone the chance to help pioneer and co-create the future of drinks and the evolution of socialising.

“Hemp is an ingredient with incredible untapped potential,” says Jean-Éric Vergne, Edi Co-Founder. “It’s one of the oldest cultivated crops on the planet, and the more we learn about the plant, the more we recognise its exciting future – we’re on a constant pursuit of excellence to make our non-alcoholic distilled endorphin spirits universally acclaimed.”

Spirited Euphoria the world’s only non-alcoholic distilled endorphin spirit crafted using natural hemp terpenes and CBD. A second addition to Edi’s range is due to be launched later this year, and a third in 2022. Spirited Euphoria is available to consumers at www.edispirits.com at an RRP of £39.99 (70cl) and trade enquiries can be emailed to info@edispirits.com.