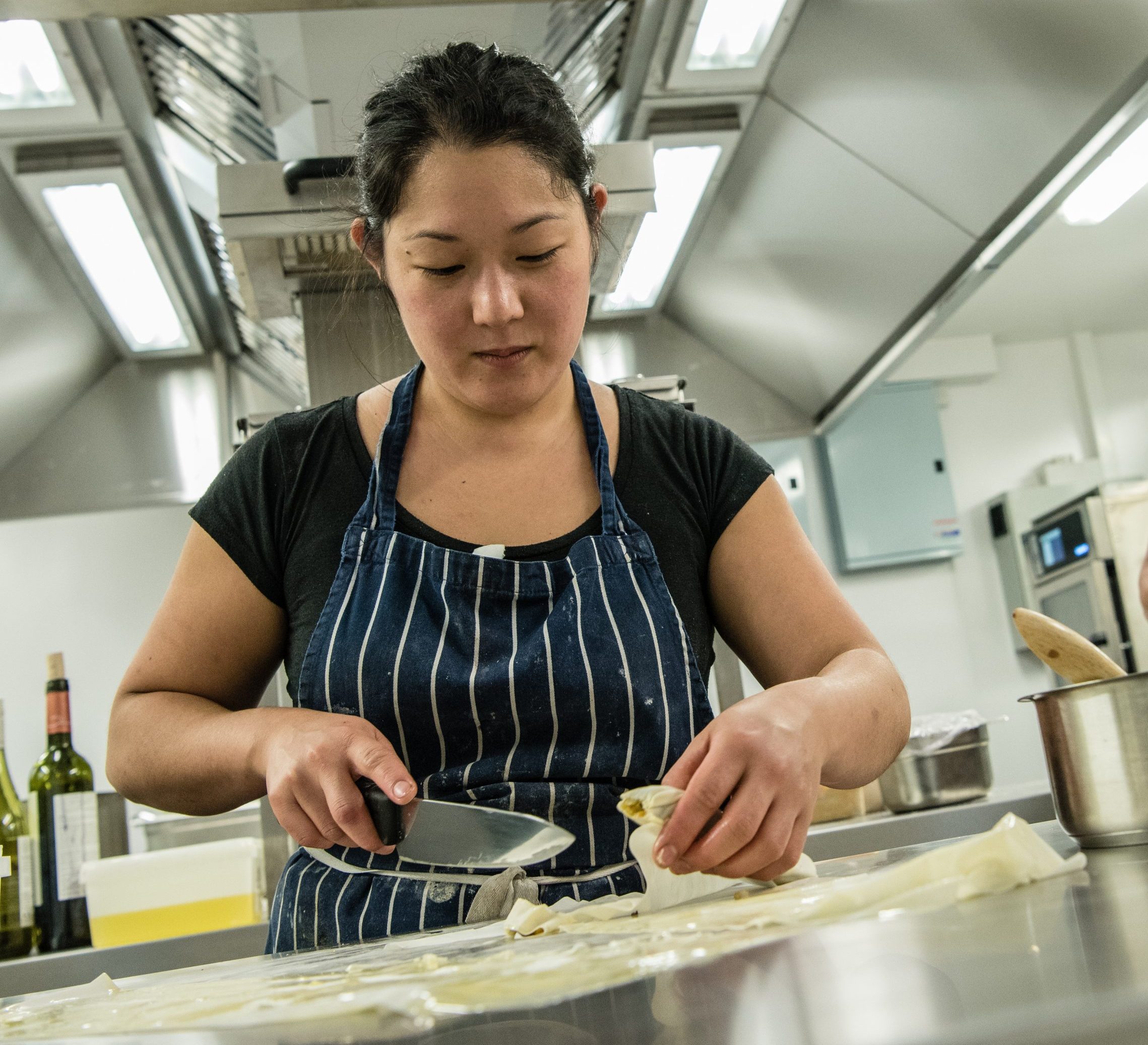 Ontrade Progress chats to Nina Matsunaga, head chef and co-owner of the Black Bull, Sedburgh, to discuss British Lion eggs, her culinary history and thoughts on the future

The pandemic and Brexit have both seen a nation of introspection; a society that is either chosen or forced to look inwards to examine our own food standards and best practice. While we have always been pioneers of food safety, (in fact, the first British food law was enacted in 1266 under Henry III), we have had to choose our own path since Brexit and as expected,  not much has changed in terms of keeping EU law in line with now sovereign UK laws.

British Lion eggs, of course, predate Brexit and make up the rich tapestry of why the UK does food safety standards so well. Since its launch in 1998, it is likely to have been single-handedly responsible for the reduction of salmonella in the UK. Under stringent requirements for the British Lion Code of Practice, the highest food safety has been guaranteed.

As a chef, Matsunaga feels reassured by the high safety standards. She adds: “They [British Lion Eggs] go through rigorous processes and assessments of quality. Working to a certain standard ensures I don’t have to doubt the eggs in the slightest.”

No restaurant, or chef, has been able to fully escape the impact of the pandemic – whether it’s been positive or negative – everyone has been affected by both Covid-19 and impact of Brexit.

Asked about how she’s been coping through the pandemic, Matsunaga says: “Fairly well. We’ve adapted as the pandemic rumbled along, developing new ideas, exploring new business opportunities and ways of coping with the challenges thrown at us.”

For Matsunaga, she has seen a direct customer trend on more worldly food trends – with chefs offering to whip up dishes from all over the globe. “Maybe it’s a way of travelling whilst they are unable to,” she ponders. “Especially as the pandemic is well into its second year now. We’ve also seen a rise in interest in quality British produce and its provenance too – that’s something that’s become very apparent.”

It’s unwelcome news that as an industry, the vast majority of hospitality venues are seeing a serious staffing shortage. Already being a high turnover industry, a mix between the pandemic and furlough scheme – as well as people migrating out of big cities (especially London) – means some venues are struggling.

We ask Matsunaga if the Black Bull is seeing a similar trend. “To a certain extent we are,” she answers. “But more in the fact that we have come out on the other side, and we’ve been very, very busy. It’s like going from 0 to 100mph in the space of a day. So, keeping staff morale high is the main goal and key to maintaining levels of service. We are very lucky that we aren’t as short-staffed as other places.”

Matsunaga herself has a varied and fascinating culinary background. “We moved to the countryside after outgrowing our home-based catering business. We thought having a professional base would make things easier. I studied culinary arts management at Thames Valley University, where I also did my NVQs and then worked in different aspects of the catering industry.”

For her, the future is firmly British. She believes the future is “hopefully bright” – especially when normality returns, and thinks “people will realise that homegrown food in any country is key and that they start appreciating British hospitality and what we have right on the doorstep.”