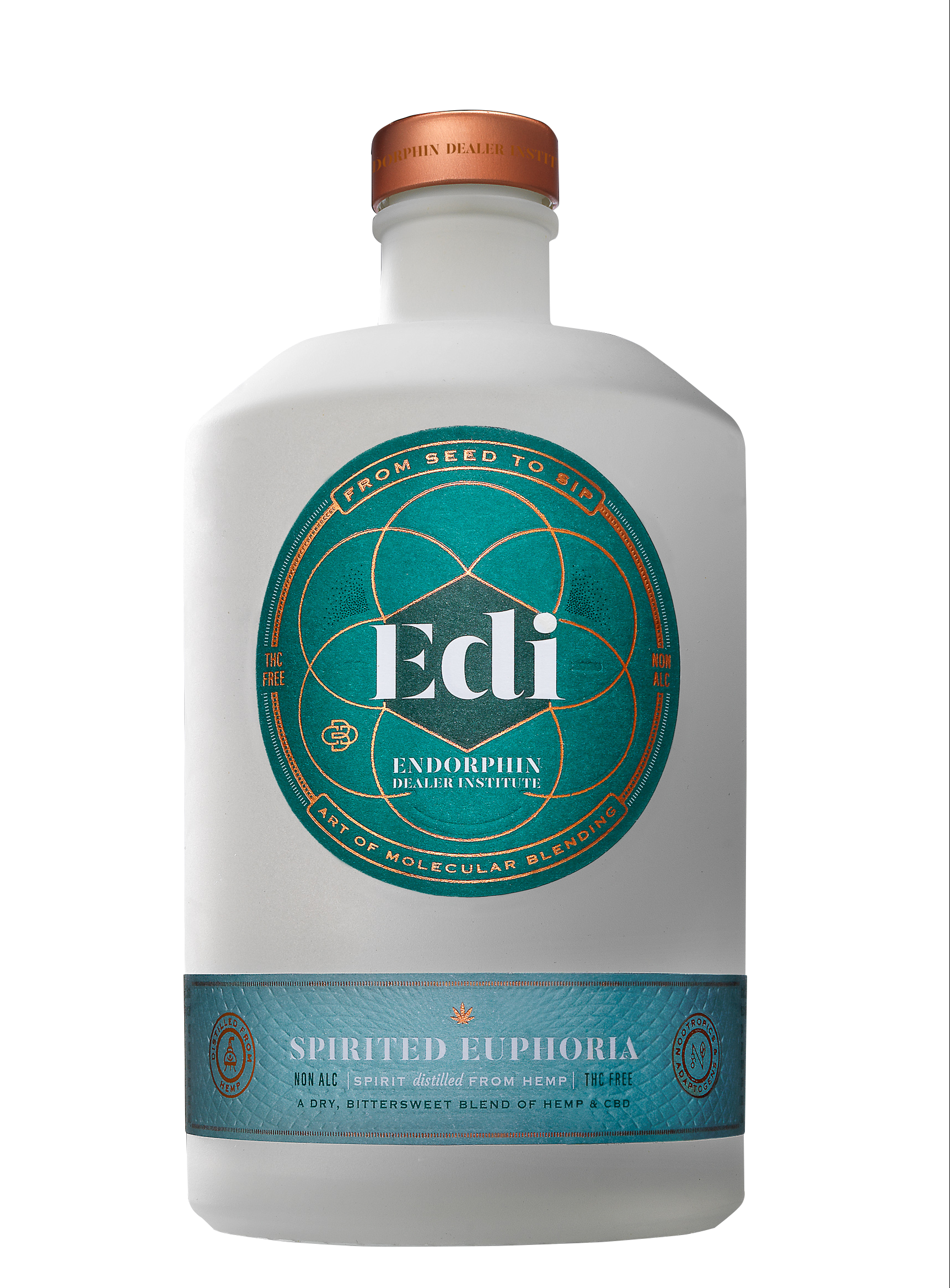 “Drinking, its effects, and the ways we socialise have been untouched for thousands of years,” says Jean-Éric Vergne, Edi Co-Founder. “Despite initial industry scepticism, we’ve seen first hand the disruption of high-performance racing without petrol and see a place for feel-good spirits without alcohol. Our non-alcoholic distilled endorphin-led spirits replace the effects of alcohol and will be a key driving force behind the future of socialising and mindful drinking.”

Alexander Jakobi, Edi Co-Founder, adds: “In establishing Edi, we’ve been on a quest to reinvent socialising with an entirely new drinking experience – endorphin-led alternatives to alcohol. Put simply, we’re on a mission to find new ways to feel good, without intoxication. Modern drinkers want more choice, sometimes preferring non-alcoholic drinks for certain occasions and at certain times, but not necessarily wanting to forgo that unwinding feeling.”

The beneficial effects of Spirited Euphoria’s nootranical blend builds over a period of time to create the ‘Edi Effect’, a ‘feel-good’ sensation. The active functional ingredients work in synergy to create the effect – which is different for each person, but generally an uplifted and relaxed feeling.

“Spirited Euphoria is the world’s first – and currently only – non-alcoholic distilled spirit crafted using natural hemp terpenes and CBD,” says Helene Locke, Edi’s General Manager who was also behind developing and pioneering many of Diageo’s award-winning brands. “Alongside its functional endorphin effect offering a new way to unwind, Spirited Euphoria showcases the depth of flavour, range and variety of natural hemp, bringing an entirely new category and intriguing palette of flavours to life for bartenders and consumers.”

Describing what goes into crafting Spirited Euphoria, Anthony Wilson, Edi’s Master Blender and creator of Seedlip, says: “I placed endorphins and hemp at the heart of my approach; my focus was always on the outcome of drinking Spirited Euphoria, which is to trigger endorphin pleasure and unlock good feelings using natural uplifting ingredients. The result is an entirely new drinking experience – a noticeable functional effect, without alcohol, achieved from the endorphin effects of hemp and our nootranical blend,” he adds.

In creating Spirited Euphoria, Wilson developed a range of breakthrough distillation processes and used pioneering new technologies to extract ingredients at a molecular level. This allowed him to capture an entirely new palette of interesting flavours from hemp, as well as specific endorphin effects from the nootropics and adaptogens. This physical breaking apart and separation of flavours represents a step-change in the crafting of a new drink and blending them together into a delicious non-alcoholic distilled spirit takes real artistry, likened to the skill and art of whisky blending.

Spirited Euphoria contains two calories per serve, is THC-free, alcohol-free, vegan, sugar-free, carb-free, gluten-free and entirely natural. It is available to consumers at www.edispirits.com at an RRP of £39.99 (70cl) and trade enquiries can be emailed to info@edispirits.com.

Spirited Euphoria is the inaugural release in Edi’s range of non-alcoholic distilled endorphin spirits. A second addition to the range is due to be launched in the summer, and a third in 2022. Edi plans to expand into Europe in the Spring of 2021, followed by the United States in 2022.