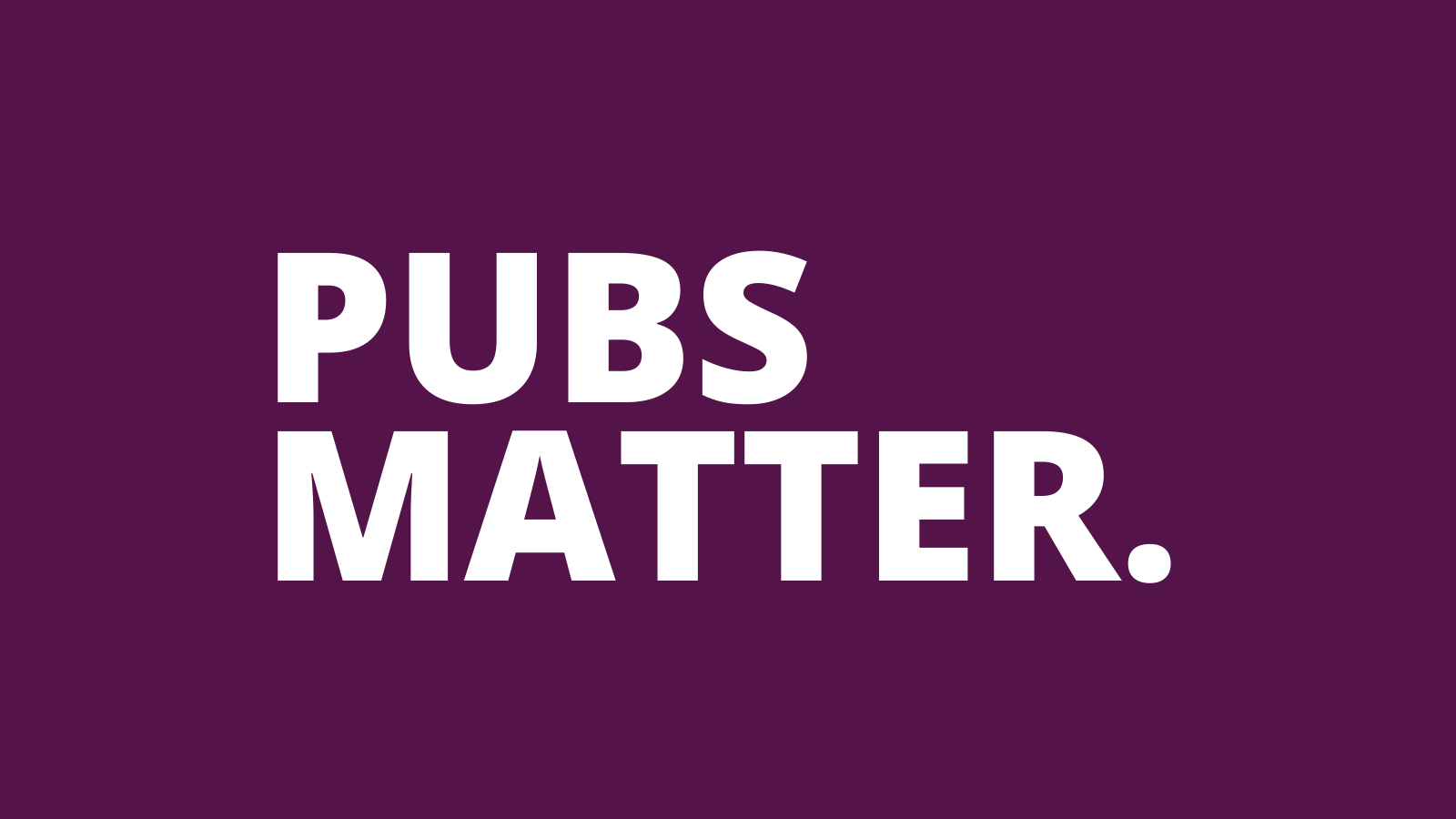 Today sees the relaunch of the next phase of the #PubsMatter campaign, with thousands of Brits taking to social media to call on the Chancellor, Rishi Sunak to rescue our fragile pubs with an emergency package of support.

Thousands of Brits have taken to social media to urge Government to further support pubs thousands of social media posts and emails flooding MPs inboxes describing how integral the local pub is to their communities.

In December 2020, the #PubsMatter campaign was launched by a coalition of industry partners including the British Institute of Innkeeping (BII), the Campaign for Real Ale (CAMRA), the British Beer and Pub Association (BBPA), the Society of Independent Brewers (SIBA), the Independent Family Brewers of Britain (IFBB) and UKHospitality (UKH), to remind politicians just how important pubs are to local communities across the UK.

This week’s roadmap for reopening leaves our nation’s pubs closed for a further 3 months, and sees small businesses across the country teetering on the edge of collapse with no customers and for the majority, no way to open their doors again until at least 17th May.
When friends and family can finally come together once more to reconnect and celebrate the end of lockdown, without further support, our much-loved pubs may not have survived to welcome them back.

A spokesperson for the campaign said:

“Pubs and breweries across the UK have been amongst the hardest hit businesses in the pandemic, but we also know that they will be the most needed, with the public desperate to get back to those places that allow them to celebrate, commiserate and reconnect with each other once restrictions are lifted.

“Whilst the roadmap from the Prime Minister gives us all hope for a return to more normal life in the summer, our pubs and the supply chain of businesses that support them cannot hold on until then without a further urgent package of support.

“Our sector will be one of the first to bounce back, making it a key part of the economic recovery of our nation and will support employment for the thousands of people who have lost their jobs over the course of the last 12 months.

“We have also proven that as an industry, we can keep the public safe, with huge amounts of time and money invested in making our pubs Covid-secure. Last summer, 60 million visits a week to hospitality venues without a discernible rise in infection rates showed not only just how safe it was to visit the pub, but how the Great British Pub is at the heart of our communities up and down the UK.

“The Chancellor holds the fate of the nation’s pubs in his hands as we face a critical turning point. The package of measures must support all businesses, including our traditional wet-led pubs, otherwise a large part of the UK’s heritage will be lost forever.”