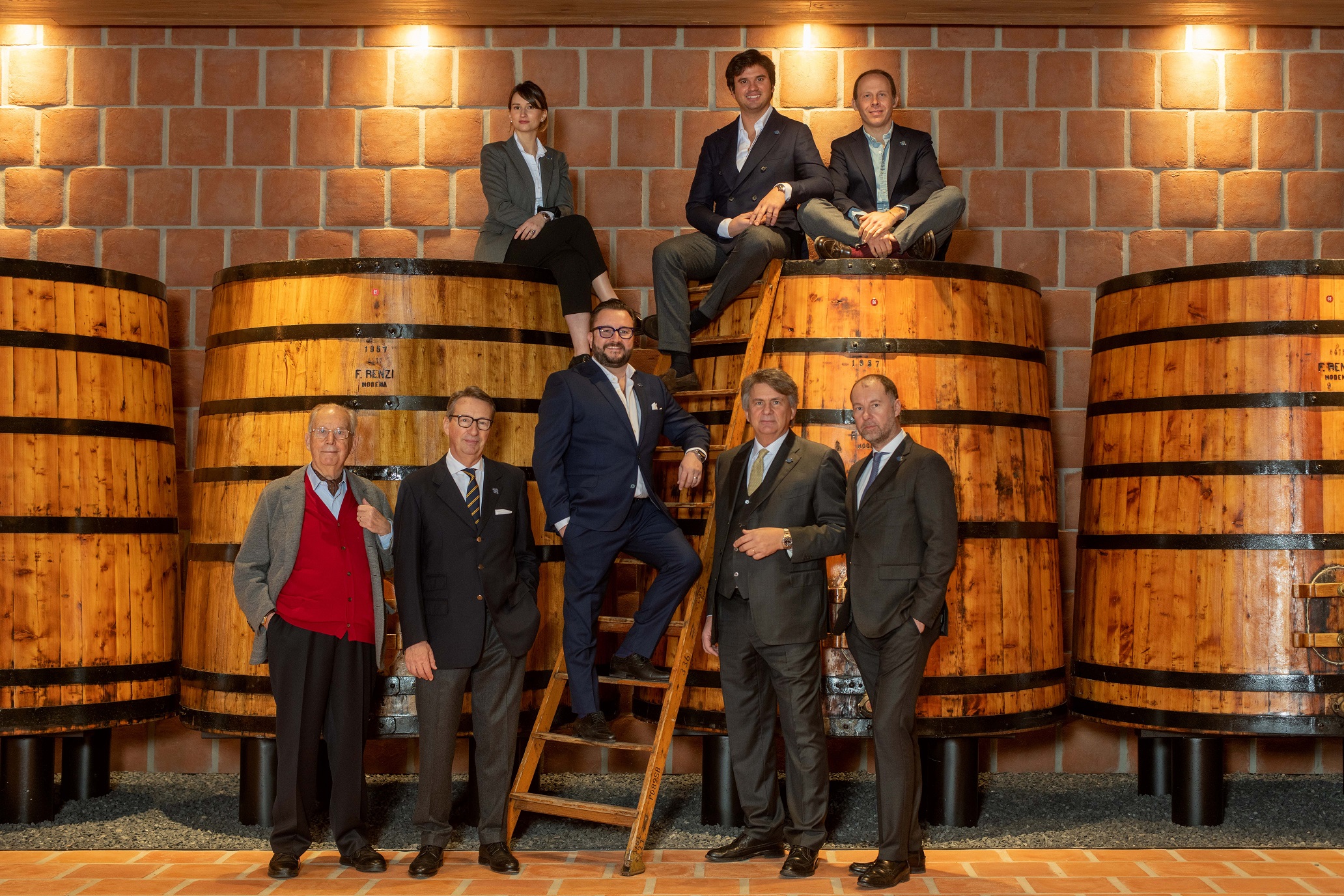 A long family history, from the enlightened insight of its origins to the courage of reconstructing and the innovative drive of the new generations

The year 2021 is a particularly significant one for Luxardo S.p.A., which has reached a milestone, its 200th anniversary: one that comprises a long and complex journey of family vicissitudes that unfold throughout history up to the present day. The company, one of the oldest distilleries in the world, stands out among the few European spirits companies, as it is still totally owned by the same family.

Franco Luxardo, a senior partner, comments: “Being here to tell the story of our 200th
anniversary is very moving. Not always can such anniversaries be celebrated in person, but I can today and I’m proud of it: with my thoughts on the past and hope in the new generations.”

The company was founded by Girolamo Luxardo in 1821 in Zara, a small town on the Dalmatian coast, which had been part of the Venetian Republic for centuries. Girolamo, a Genoese involved in maritime trade, moved to Zara with his family in 1817 as the consular representative of the Kingdom of Sardinia, from which the new Kingdom of Italy would later emerge. In keeping with the custom at that time, his wife, Maria Canevari, was devoted to making liqueurs at home. One in particular was ‘Rosolio Maraschino’, a speciality mainly made in convents by infusing marasca cherries (locally grown sour cherries) in alcohol, sweetening them with sugar and adding rose essence for fragrance. The high quality of this liqueur gave Girolamo the idea of exploiting the family enterprise on an industrial scale by introducing the innovative process of steam distillation. As a result, in 1821, he set up a factory to produce Maraschino.

In 1829, after eight years of refinement, he obtained a ‘Privilege’ from the Emperor of Austria, namely a patent granting him exclusive production for fifteen years. This confirmed the superior quality of the Luxardo liqueur so that, still today, the name Privilegiata Fabbrica di Maraschino ‘Excelsior’ Girolamo Luxardo is part of the company’s name. Late in the 19th century, the company became the main distillery in Zara, acquiring a leading position in major world markets with its Maraschino. In 1913, the shrewd economic policy of Michelangelo Luxardo, of the third generation, led to the construction of an ultra-modern distillery, one of the largest in the Austro-Hungarian Empire. However, the company’s successful expansion during the two decades following World War I came to a severe halt in 1940 with the outbreak of World War II. This brought significant restrictions on industrial activities and, in November 1943, the almost entire destruction of the factory due to heavy Anglo-American bombing. Toward the end of 1944 Zara was occupied by Tito’s communist partisans and the inhabitants were forced to flee in exile to the peninsula, many of whom were brutally killed. Among them were Pietro Luxardo, his brother Nicolò with his wife Bianca, who were all drowned in the sea at Zara.

The factory was confiscated and nationalized, and the family dispersed. It seemed that – more than a century later – Luxardo’s business was destined to close for good.

The only surviving brother of the fourth generation, Giorgio Luxardo had the courage to restart the old business from scratch thanks to his far-sighted business acumen. He chose February 10th 1947, the day of the Paris Italian Peace Treaty by which his hometown was ceded to Yugoslavia, to open the Torreglia plant in the province of Padova, at the foot of the Euganean Hills, thereby beginning a new chapter in the company’s history.

After the sacrifices imposed by the historical vicissitudes, the fifth generation, comprising
Nicolò III, Michele and Franco, managed to restore the company to its former glory. They
developed a full range of liqueurs, thus significantly increasing the company’s position in the Italian domestic market and focusing on penetrating the worldwide markets.

Thanks to the consolidation of existing markets and the innovations introduced to its
management, the early 1980s saw a period of substantial investment in the Torreglia plant.
Traditional copper stills, evocative cellars for aging and ultra-modern bottling lines are the
distinctive features of a company that combines respect for tradition with up-to-date
technology.

Luxardo now processes its marasca cherries at the Torreglia plant every year, directly
controlling the entire production chain, from the raw material to the bottling phase, achieving a total of more than 6 million bottles per year.The headquarters covers an area of 12,000 square metres and has about 50 employees, around 90 business partners in Italy and over 80 importers worldwide.

The company’s portfolio includes a comprehensive mix of internationally successful brands,
offering consumers a full range of classic Italian liqueurs. Maraschino and Cherry Liqueur
‘Sangue Morlacco’ are the two traditional products. Luxardo also produces other typical Italian liqueurs including Sambuca dei Cesari, Amaretto di Saschira, Limoncello, Aperitivo etc., together with a wide selection of specialities for confectionery. Furthermore, more than 20 years ago the Original Maraschino Cherries were created to meet the need of the qualityminded cocktail world. To it was later added a specific preserves line.

The fifth, sixth and seventh generations of the family that now work together in the company are committed to ensuring that the legacy of Girolamo Luxardo continues.