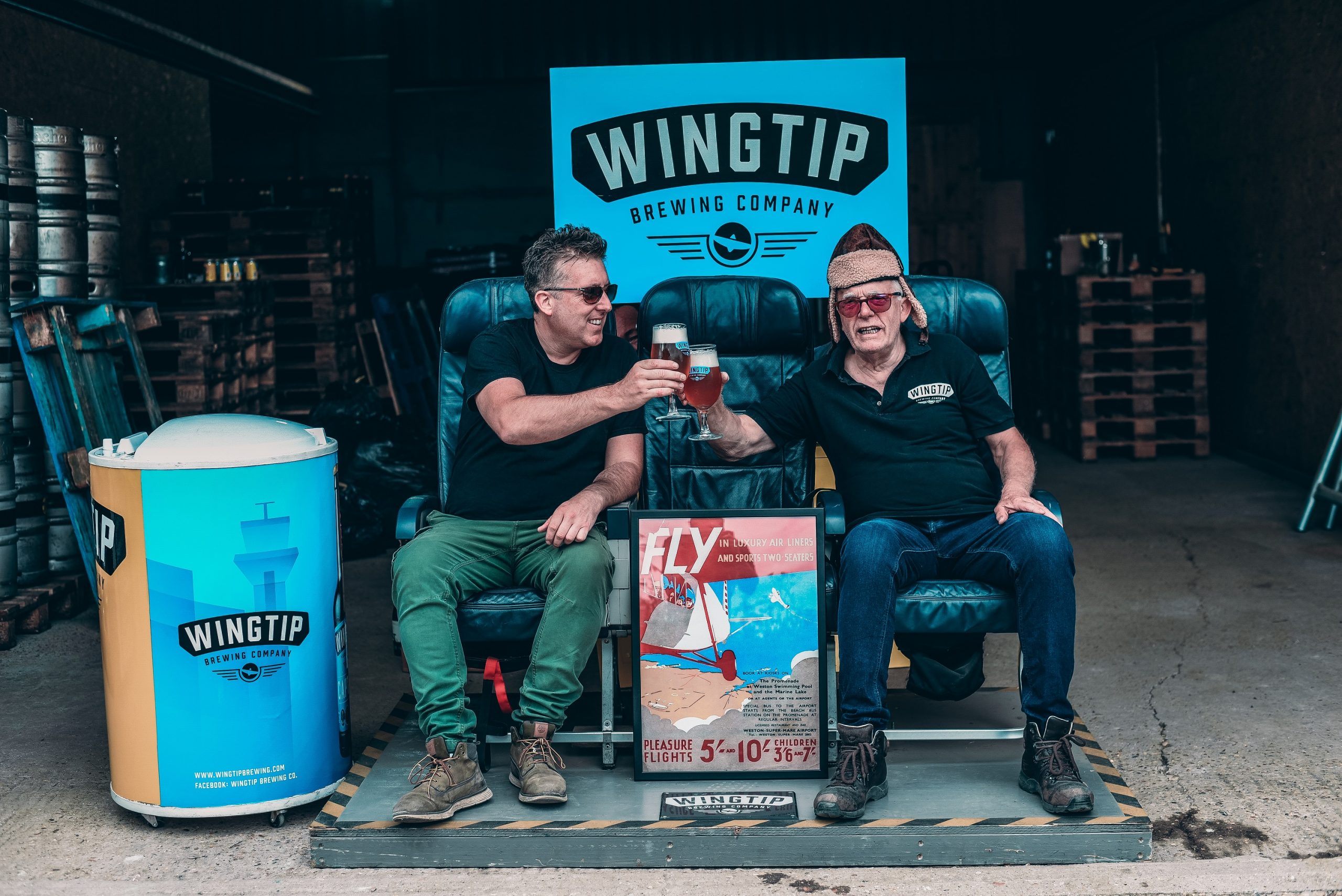 The deal will see Morgenrot, who celebrated their 50th anniversary in 2020, take full control of Wingtip’s operations from the 1st February including their distribution hub, warehouse, vehicles and beer brand. Wingtip Co-Founders Chris and Simon Tripp, plus the rest of the team, will continue in their roles.

“Our relationship with Wingtip in recent years has been hugely beneficial so we’re delighted to announce this deal that will further strengthen our sales and distribution in the South. Simon and Chris are amazing people, hugely respected in the trade and the sky is the limit when it comes to the Wingtip beer brand so it’s very exciting to have them firmly as part of the Morgenrot family.”

Wingtip Brewing Company was set up by father and son team Chris and Simon Tripp in 2015 to produce premium beers and craft ales.

Based in Ashurst, West Sussex, the company has built an impressive sales and distribution hub and is renowned for its Captain Pilsner and stylish aviation themed branding.

The company has been working closely with Morgenrot in the last 5 years, managing the importer’s direct distribution and supply in London and the wider South East, while growing the Wingtip beer brand.

The beers have reached new heights with the Morgenrot collaboration enabling them to roll out UK-wide, in addition to exporting into Europe.  The beers are already stocked in places such as Harrods and Virgin Club Lounges, as well as bars and hotels like Cahoots, Aviator and The Salt Rooms.

“It’s been fantastic working with the Morgenrot team over the last few years. They’re a great bunch of people and the relationship has been very positive for both parties. In order to take advantage of future opportunities, work more efficiently and spend more time driving growth for the Wingtip beers, the offer from Carl was too good to turn down and we’re all looking forward to this next stage of the Wingtip journey.”

Set up on the 23rd September 1970, Morgenrot continues to be a proudly independent, family-run importer with famous world beer brands suchas Krombacher, Alhambra, Quilmes and Windhoek Lager supplemented by an eclectic selection of wine, sherry, vermouth and spirits.

The company is now run by Carl Plath, whose father Rudi set up and made a success of the company before being diagnosed with Alzheimer’s in 2010. In 2020, as the company was celebrating its 50th anniversary, Rudi was one of the first to contract and then beat the Covid-19 virus in the north of England.

As part of the 50th anniversary celebrations, Morgenrot raised £1657 for Alzheimer’s support groups in Manchester in 2020.

For more information on Morgenrot, its brands and its 2020 fundraising campaign, contact Morgenrot on (0845) 070 4310 or email enquiries@morgenrot.co.uk.