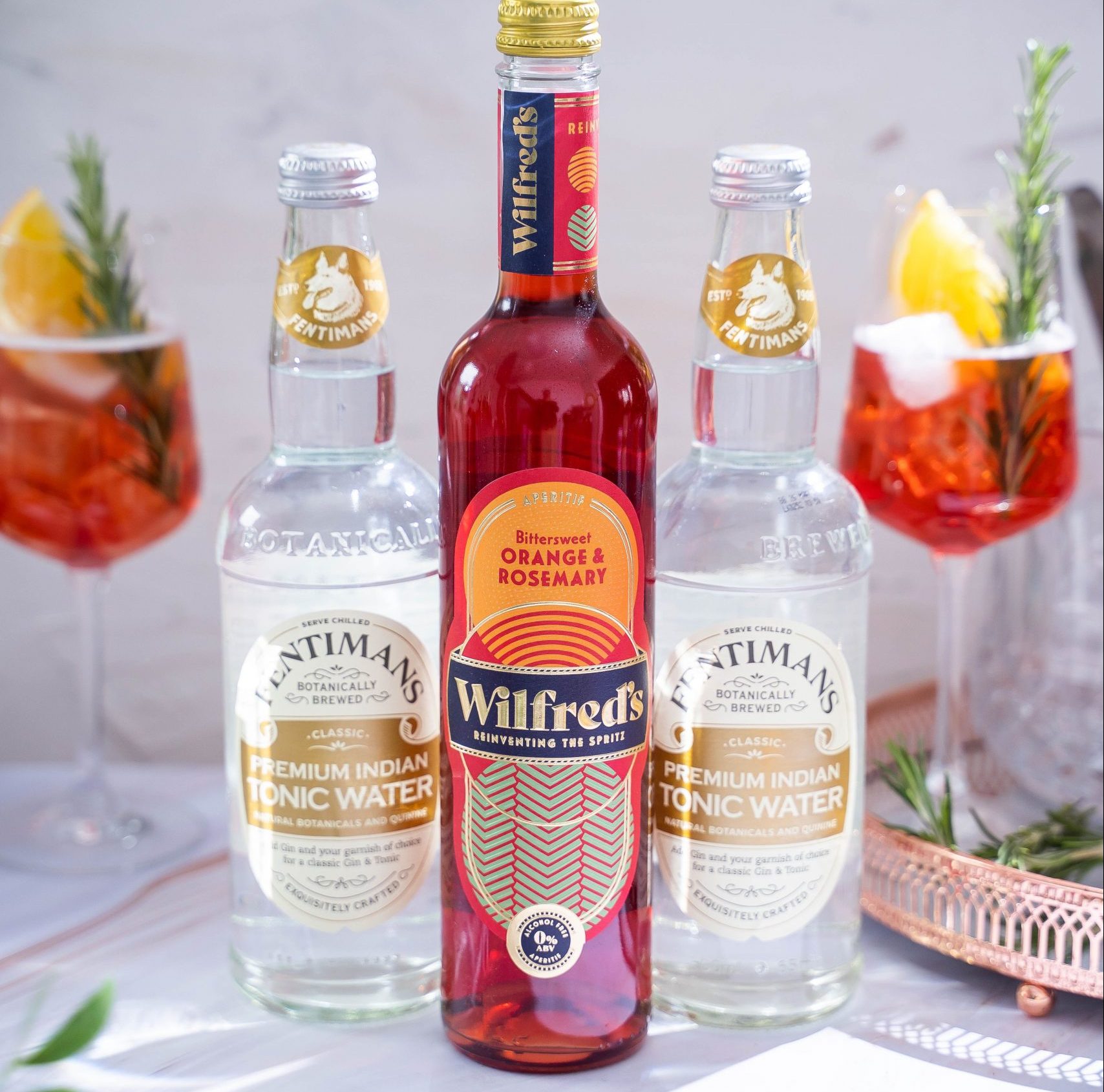 Wilfred’s setting out to reinvent the classic spritz!

Wilfred’s is a brand new non-alcoholic British aperitif that uses naturally bittersweet ingredients to conjure all the crisp, citrussy and refreshing flavours of a spritz, without any alcohol. Designed to be served simply with tonic water, this alcohol-free aperitif is made from a blend of zesty bitter orange, herbal notes of rosemary, rhubarb and just a hint of clove.

Wilfred’s was founded by engineer and inventor Chris Wilfred Hughes, who having spent time living in both Japan and Argentina, became enraptured by an array of interesting new ingredients and tastes. His fascination for flavour made its way into his bar at home, where he regularly whips up homemade liqueurs, flavoured teas and great tasting cocktails. His journey eventually led him back to flavours he associated most with his childhood – freshly picked rosemary from his mother’s garden, and the bitter oranges in his father’s homemade marmalade. After two years and over 100 unique recipes and flavour combinations later, Chris developed Wilfred’s, the perfect non-alcoholic aperitif.

The final recipe celebrates the distinctive bittersweet flavour which aperitifs have become known and loved for. Wilfred’s reimagines this complex taste with three key ingredients, combining bitter oranges, herbaceous rosemary and sharp but subtle rhubarb. Touted as a truly British Spritz, the drink has strong family ties in both the recipe and the brand which is lovingly named after Chris’s great grandfather Wilfred, a name passed down to Chris also.

As consumers become increasingly uninspired by overly sweetened and sugary alcohol-free options, Wilfred’s provides a refreshing alternative, free from artificial flavours, sweeteners and colours. Containing just 21 calories per 50ml serving, Wilfred’s offers a naturally healthier alternative to other spritz options currently available. Wilfred’s versatility also creates an abundance of zero proof cocktails, reimagined mocktails and other great tasting no and low drinks for those looking to cut out, as well as those looking to cut back.

Wilfred’s dark red aperitif is encased in an elegant, slender 500ml bottle, its Art Deco inspired label design nods to the period which saw the rise in popularity of aperitif style drinks. Best served with plenty of ice, then topped up with premium tonic water and garnished with a slice of fresh orange, Wilfred’s creates a delightfully bittersweet alcohol-free spritz.