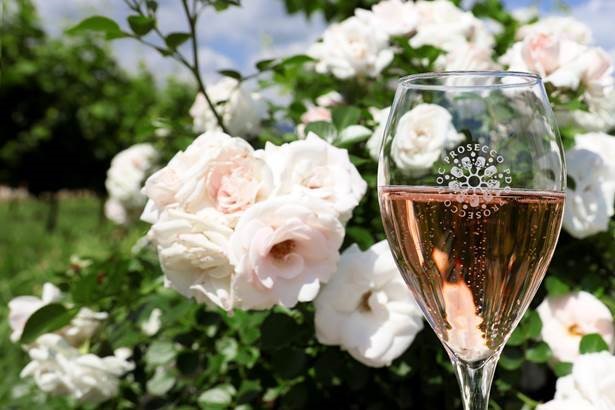 The first Prosecco DOC Rosé wines have now arrived in the UK, with swift uptake from the UK’s leading retailers

Stocks are now being delivered to UK hospitality operators to be opened in celebration post-lockdown.  This has been a much-anticipated addition to the UK wine scene, and it is estimated that Prosecco DOC sales will be stimulated even more in the last quarter of 2020, according to the Consorzio Tutela Prosecco DOC.

The official launch of the wines was held in Treviso last night, presented by Consorzio Tutela Prosecco DOC from the Mario Del Monaco Theatre at a virtual event attended by media from across the world.

The spectacular launch included an operatic performance, demonstrations and endorsements from leading chefs, Masters of Wine, sommeliers and influencers, as well as speeches from the Chairman of the Consortium, Stefano Zanette. The launch event will be available to watch on the Prosecco DOC Facebook and YouTube channels later today (26th November) @proseccodoc  Consorzio Tutela del Prosecco DOC – YouTube

At this time, around 12.2 million bottles of Prosecco DOC Rosé have been bottled by 84 wineries and the forecast is for 20 million bottles by the end of the year. It is estimated by the Consorzio, based on discussions with producers, that exports will account for a higher share, around 80%, of the Rosé production than has been the average for Prosecco DOC, so it is predicted that 16 million bottles will be sold outside of Italy in 2020.

Chairman of the Consorzio Tutela Prosecco DOC Stefano Zanette says: “Of the 486 million bottles produced, about 80% of them are exported, and, thanks to European recognition, it is estimated that sales will find greater stimulus and vigour in the last quarter of 2020. I congratulate those producers who have shown themselves to be very ready to seize this opportunity, committing themselves right away so as not to be caught unprepared”.

The UK is the largest market in the world for Prosecco DOC, and Prosecco DOC is the UK’s favourite sparkling wine. We already import nearly a third of all the Prosecco DOC exported across the world and enjoyed 122 million bottles in 2019.

With a brilliant rose hue, the flavour of Prosecco DOC Rosé retains the freshness associated with Prosecco DOC wines, with lovely floral and fruity/berry notes. It is ideal to be served as an elegant aperitif and also pairs well with fish dishes, cheeses, and charcuterie.

After several years of development and consultation led by the Consorzio Tutela Prosecco DOC amongst the 11,460 winegrowers, 1,192 wineries, 347 sparkling wine houses that run the complex system behind the success of a great Italian denomination of origin, the Italian government had approved production of the Prosecco DOC Rosé wines in August, and the new sparkling wines were approved by the European Union at the end of October this year.

According to the Consorzio Tutela Prosecco DOC, the council which oversees production of Prosecco DOC wines:

Since 2009, Prosecco has held a DOC status within the EU, which means all bottles with a Prosecco DOC label must have certain features, determined in the production regulation: production area covering 9 provinces of the regions Veneto and Friuli-Venezia Giulia, viticultural and winemaking rules, consumption characteristics, labelling and packaging.