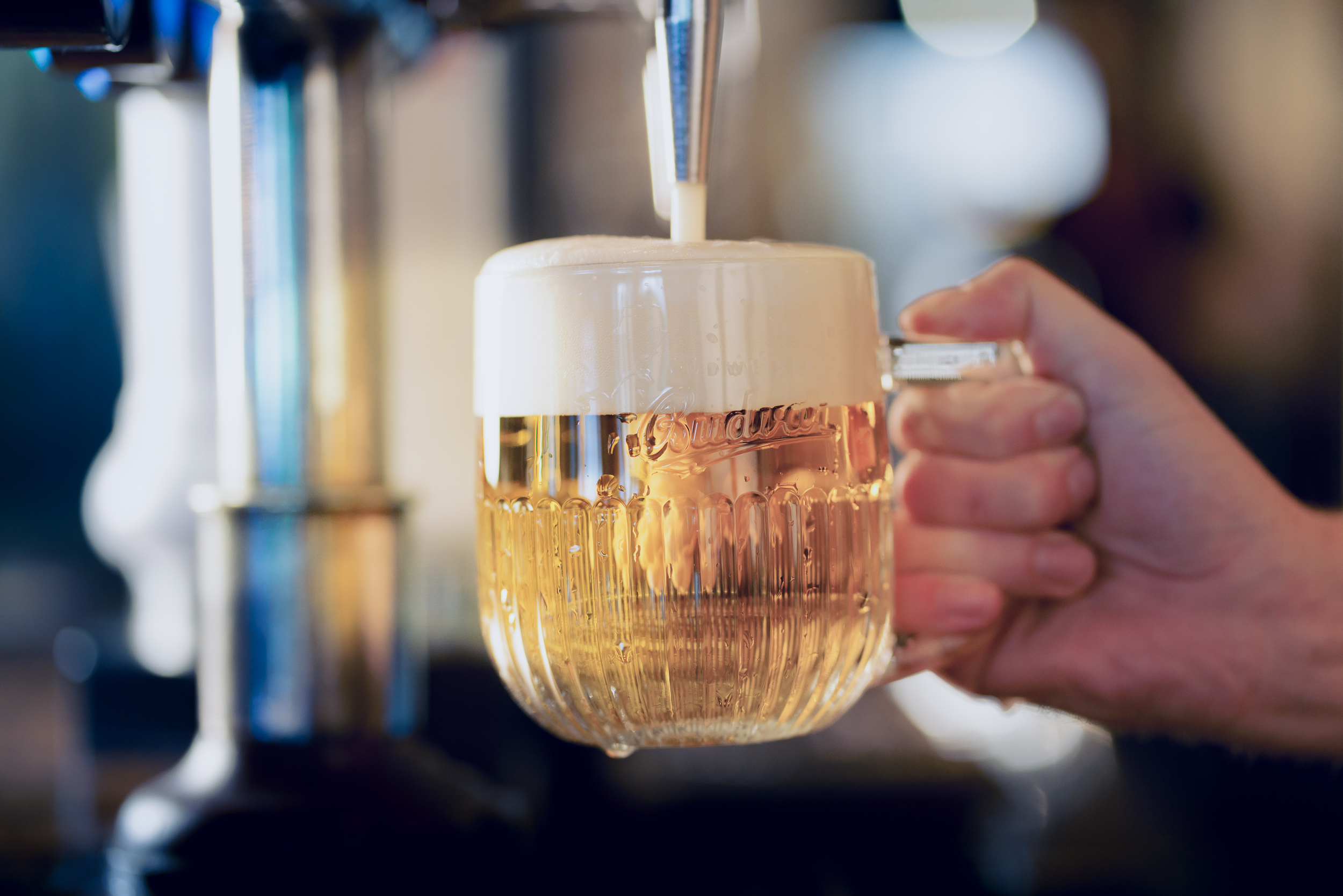 Budweiser Budvar UK is raising the profile of its premium Czech beer range with a new on-trade support programme, including a distinctive brand refresh across tank, draught and packaged formats, alongside new POS that delivers Greetings From The Republic of Beer.

The new on-trade programme builds on success of the striking new brand design which has been rolling out on Budvar bottles and cans since July. The new graphics will now also be seen on a brand new draught fount, t-bar badge and distinctive new tap handle. It will also feature on brewery-fresh tank beer served in selected outlets; and a range of POS including posters and bar runners.

Also being launched is a new premium branded glass that reflects the brand’s roots in Czech beer hall culture. The glass is based on a design shown in a popular work by Czech painter and illustrator Joseph Lada, who also illustrated the classic Czech anti-war novel “The Good Soldier Švejk”.

In Lada’s painting “Palivec and the Gang at U Kalicha in Praha”, a group of friends are depicted enjoying a beer in one of Prague’s best known pubs, which features in the novel. Contemporary Czech glass artist Rony Plesl has designed the new Budweiser Budvar glass based on the beer glasses shown in Lada’s work. For the UK on-trade, a pint-marked version of the glass will be rolling out to selected Budweiser Budvar stockists during November and December.

The brand’s overall new look takes its stylistic cues from the brewery’s archive, dating back to its founding in 1895, with a classic colour palette inspired by the Czech flag. The statement OWNED BY THE CZECH REPUBLIC which frames the logo at the bottom of the bottles and cans, also appears on the draught badge and on Budvar’s full-flavour ‘Tankové Pivo’ tank beer.

This celebrates Budvar’s continuing independence as a brewery owned by a nation, not a corporation. Supporting the new design is the positioning Greetings from the Republic of Beer, which will also appear on the distinctive new POS. The message will form the basis of a programme of live sampling and experiential activity in 2021, which will see the new BudVan promotional vehicle visit a range of venues and events.

Simon George, managing director of Budweiser Budvar UK, said: “The lockdown meant that our beer lovers first saw the distinctive new branding in the off-trade this summer but we’re now delighted to be rolling out our Greetings from the Republic of Beer message into pubs and bars.

“Whether it’s served from the fridge, poured through our new draught fount, or our ‘Tankové Pivo’ enjoyed brewery fresh from the tank, Budweiser Budvar is recognised as one of the world’s great lagers, and the new positioning helps us to tell our unique story.

“It is also great to get our brand-new BudVan out on the road. It can operate as mobile bar, a training centre for bar staff and as a way of highlighting our premium beer, brewed only in the town of ?eské Bud?jovice.”