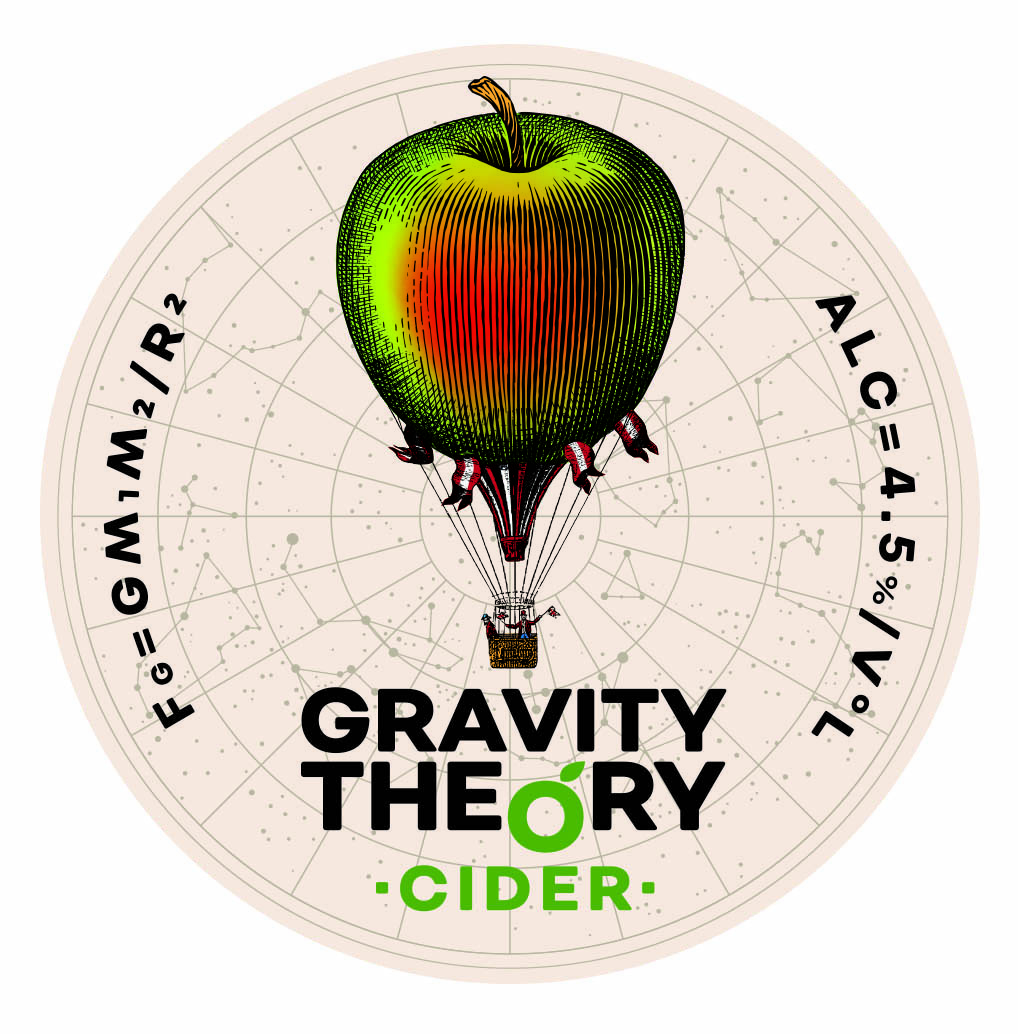 Drinks importer and distributor, Drinkscraft, has launched a new craft cider into its on-trade portfolio, complementing its existing craft beer offering. Gravity Theory is a 4.5% sparkling cider produced by an independent cider maker in Herefordshire, the heartland of British cider, and contains 100% single estate apples.

Available in returnable 50l keg for pubs and bars, Gravity Theory Cider has been created to give a wider choice of premium cider for the on-trade in a seemingly limited market compared to beer. It is expected to be popular amongst drinkers wanting a satisfying, freshly pressed British cider as more people take vacations and visit local pubs in the UK this summer and autumn.

David Bridge-Collyns, founder of Drinkscraft commented “As former Head of Sales at Hawkes Cider, I was regularly asked to recommend any new independent ciders, so it was obvious there was demand in the market for more choice. A lot of bars are crying out for a full juice cider that is refreshing and thirst quenching and Gravity Theory has been produced to meet that demand.”

Gravity Theory is made from freshly pressed apple juice, using classic cider apple varieties Dabinett, Yarlington Mill, Harry Masters Jersey and Michelin. It is golden in colour, has a hint of sharpness balanced with a touch of sweetness and is medium dry with moderate to high complexity. Gravity Theory Cider is fermented and matured for a minimum of six months and is suitable for gluten-free, vegetarian and vegan diets.

“An initial trial at The Rake in London’s Borough Market has proved how popular Gravity Theory Cider is amongst fans of great tasting, quality beer and cider” added Bridge-Collyns “and demonstrates that it has a natural fit on the bar of specialist craft outlets as well as more traditional pubs and bars.”

Tasting the cider, award winning writer and the UK’s first accredited Pommelier, Jane Peyton said “It is obvious that Gravity Theory is a real cider the moment it is near the nose. Red apple skins, vanilla, apple crumble, and sherbet aromas that really excite the senses. On the palate it tastes of tarte tartine with caramelised apples. It has a rich and scrumptious apple character. Medium tannins,  underlying sweetness balanced by a refreshing acidity. Soft carbonation, medium finish. It is a gorgeous golden copper colour and looks beautiful in the glass. Gravity Theory is such a moreish cider that will do equally as well as a session cider from a pint glass but also as a quality cider to serve in a snifter, balloon or wine glass to sip and match with food.”

The cider is named in deference to Isaac Newton who allegedly established his law of gravity after being hit on the head by a falling apple which, ironically, was during the pandemic of 1665 when Newton had to work from home during the Great Plague of London.  Newton was a scholar at Kings School, Grantham between 1665 and 1660, with Bridge-Collyns following in his footsteps by attending the same school several hundred years later. Newton’s scientific and astronomical background is characterised on the Gravity Theory Cider pump clip, with the falling apple represented by a dropped O in the word Theory.

For further information, please contact David Bridge-Collyns at dave@drinkscraft.com or 07813 077917.