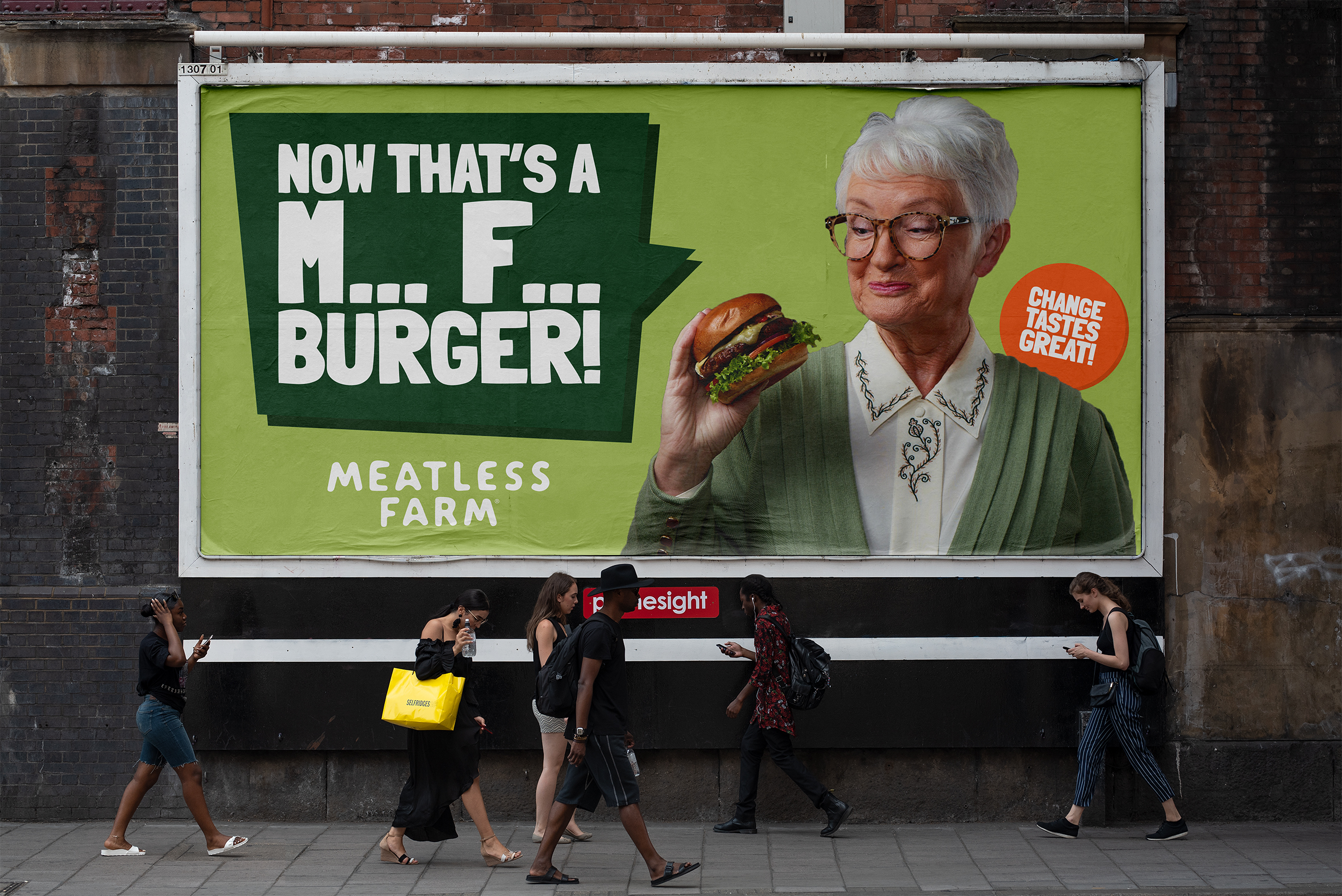 Meatless Farm, the UK’s fastest growing next generation plant-based brand, has invested £1.5million in its largest ever advertising campaign. The M*** F*** campaign is a step change for the brand which has built a loyal following on social media but is now aiming to grow its market share by targeting meat eaters who made the swap during lockdown.

Meatless Farm will support the new campaign with traditional print advertising, 12 branded electric cars driving through London, billboards, bus signs and a radio advert. The campaign also marks Meatless Farm’s second foray into TV advertising, with a brand-new TV advert set to feature on Channel 4 throughout August and September. The advert will be the second the company has produced in the last six months after seeing consumer demand for plant-based meat-alternatives increase. The on-pack branding will also get a re-vamp with the new messaging to further support the playful M*** F*** strapline.

Michael Hunter, Chief Growth Officer at Meatless Farm said: “Throughout lockdown we’ve seen a surge in sales, with more and more Brits trying or considering making the swap to plant-based, even if it is just once a week.  We felt the nation needed a bit of a lift as it’s been a tough time for everyone, so more than ever we wanted to create something light-hearted and fun that consumers would remember when they are looking for alternatives to meat.”