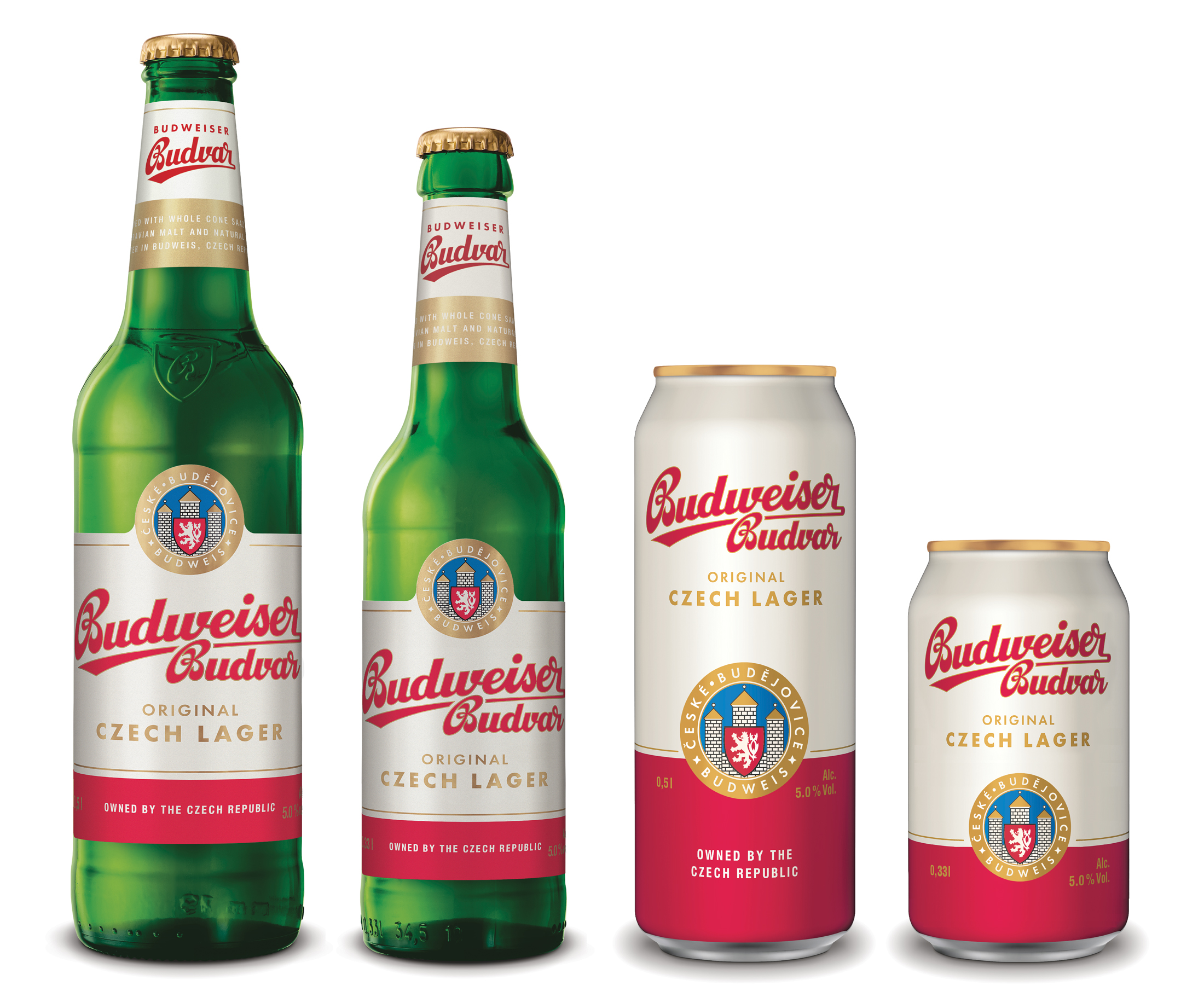 Budweiser Budvar is launching a striking new design across all its packaging, as part of a brand refresh that puts the focus on the classic Czech lager’s authenticity and heritage, and proclaims its status as the flagship of ‘the Republic of Beer’.

The new identity, appearing on cans and bottles in the UK from July, takes its stylistic cues from the brewery’s archive, dating back to its founding in 1895, and features a classic colour palette inspired by the Czech flag. It will also be extended to a new draught design and POS support in the on-trade from September.

On pack, the classic Budweiser Budvar branding is now framed above by an historic roundel for ?eské Bud?jovice (or ‘Budweis’ in German), the South Bohemian city that traces its brewing origins back over 800 years, and where all Budweiser Budvar is brewed today.

Also given a strong focus are Budvar’s locally sourced, premium ingredients. These include whole-cone Saaz hops from Žatec, the Czech Republic’s renowned hop region; the finest Moravian malts, and 10,000-year-old natural soft water from an Ice Age aquifer 300m beneath the brewery.

On bottles, the ingredients are highlighted on a new paper neck label, which replaces the previous aluminium foil wrap, making the bottles easier to recycle.

The statement OWNED BY THE CZECH REPUBLIC frames the logo at the bottom of the bottles and cans, and celebrates Budvar’s continuing independence as a brewery.

Supporting the new design is the positioning ‘Greetings from the Republic of Beer’, which will appear on everything from vibrant new POS to a programme of live sampling and experiential activity planned for the second half of 2020.

Simon George, managing director of Budweiser Budvar UK, said: “Consumers are increasingly focused on authenticity in the food and drink they consume, and this first major brand refresh in a decade tells our unique story in a powerful new way to the growing number of UK consumers enjoying authentic beer.

“We’re the only Czech state-owned brewer, a beer from a nation not a corporation. Both the rebrand and the new Republic of Beer positioning celebrate the Czech Republic as a unique and thriving beer lover’s paradise, and show how the art of brewing remains the proud heart of the Czech nation’s history and culture today.”