January is here and with it comes groups of new years resolution hopefuls, many of which will be attempting Dry January. However, like a dog isn’t just for Christmas, abstinence from alcohol isn’t just for January! It’s a growing trend on the rise as the general consumer grows more conscious around physical and mental health.

Many of those that want to abstain from alcohol still want to enjoy the familiar taste and be able to socialise without being asked all night why they’re not drinking as they stare into their can of coke.

In step the no-alcohol alternatives. Options for venues are growing and a lot of the top brands now have a drink under this niche. To help you navigate the market and suggest some options that you may or may not know are available – OTP has assembled our mighty taste test panel to put some of the options on the market through their paces. Their aim was to look at taste, packaging and compare the taste to the real thing. We also invited a sommelier and mixologist along to get a balanced view. Let’s see what they thought.

Paul Keighley has over 15 years experience working in the cocktail and events world. Born in Scotland, raised in Australia and now living in England his life is as busy as his heritage.

A professional mixologist, beverage consultant and former winemaker trained in Oenology and Viticulture at Plumpton College in Sussex, he has a finely tuned palate from his years of experience. In 2016, Paul and his wife started a cocktail events company called Mix and Match Ltd. A creative and versatile cocktail and events agency that offer complete event bar solutions for corporate, private and brand events of all shapes and sizes. Working with brands and distributors such as Auchentoshen Whisky, Dead Man’s Fingers Rum, 1800 Tequila, Halewood Wines and Spirits and Quintessential Brands UK.

Paul joined the panel to explore new non-alcoholic offerings for use in the events industry.

Many of you will know Murray as OTP resident mixologist through numerous pieces of content that he’s worked on for us.

For those who don’t – Murray grew up in Wales Pembrokeshire and in his later years moved to Kent to study at university. Like a lot of students, he started working as a glass washer at a local cocktail bar. Within a couple of years, Murray had worked his way up to bar supervisor and had fallen in love with making cocktails and all the techniques that come with it.

Murray was inspired by Death and Co’s book which expanded his drive and inspired creativity and experimentation which led to making his own infused Syrups and liquors! Murray has worked with brands such as Giffard, Black Magic and many more.

What they say:
Made with the carefully selected blend of Somerset’s finest traditional and desert apples, Sheppy’s Low Alcohol Classic Cider has a light and delicious apple taste with the same flavour profile as Sheppy’s traditional cider, but an ABV of 0.5%.

Our panel says:
“The packaging looks very similar to the original, I like that it would feel like I’m ordering a low alcohol drink.”
“I usually drink Magners but this is actually really nice.”“I can’t say it’s the same as the real thing but it’s pretty good considering.”
“Smells, looks and tastes like cider.”
“Sweet like the original which I personally really like.”
“This tastes lovely over ice.”
“I’m attempting Dry Jan this year and I’ll be looking out for local pubs that stock this!”
“Very smooth and refreshing taste.”

What Murray says:
“Cider is my go-to drink when not drinking something mixed so I was keen to get my hands on this one from Sheppy’s. The drink tastes very sweet and refreshing. Sheppy’s have done well replicating the original. It’s not really that easy to tell that there’s alcohol missing, which is usually one of the pitfalls of low and no ranges.” 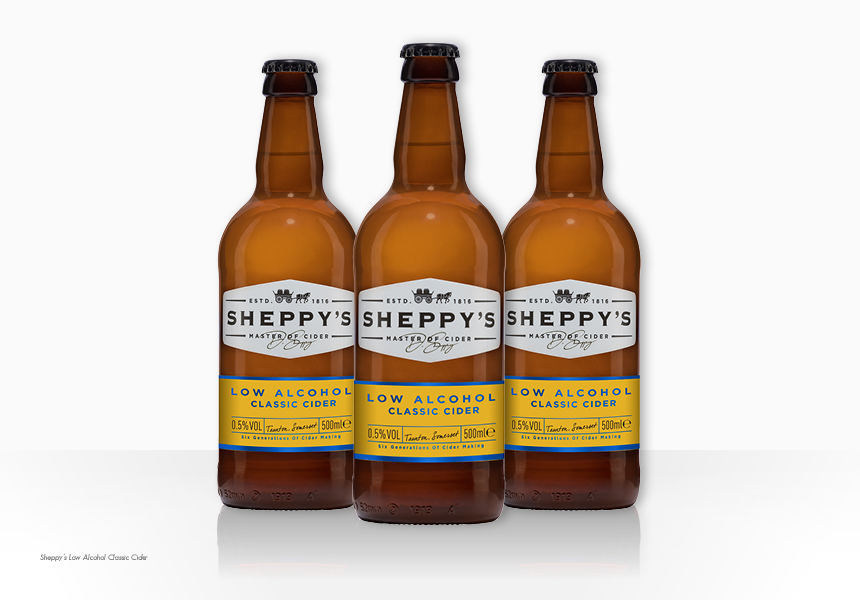 What they say:
The classic Gin & Tonic in a Highball glass is a time-honoured favourite. We have masterfully mixed the aroma and flavour notes of juniper with a unique blend of botanicals to deliver thirst quenching freshness, with quinine bite and a citrus twist; positively alcohol free. Each 250ml bottle has just 55 calories per serve, a 0% ABV and is vegan and gluten-free.

Our panel says:
“Very authentic tasting.”
“The classic G&T tastes very similar to the real thing.”
“The packaging on the highball brand variants is really nice. I managed to get to try the mojito flavour as well which has got a real minty kick.”
“The Mojito is smooth but has an after kick to it. It’s a really nice drink.”
“I can imagine gin lovers liking this as it tastes pretty genuine.”
“The quinine gives the G&T a really authentic taste!” 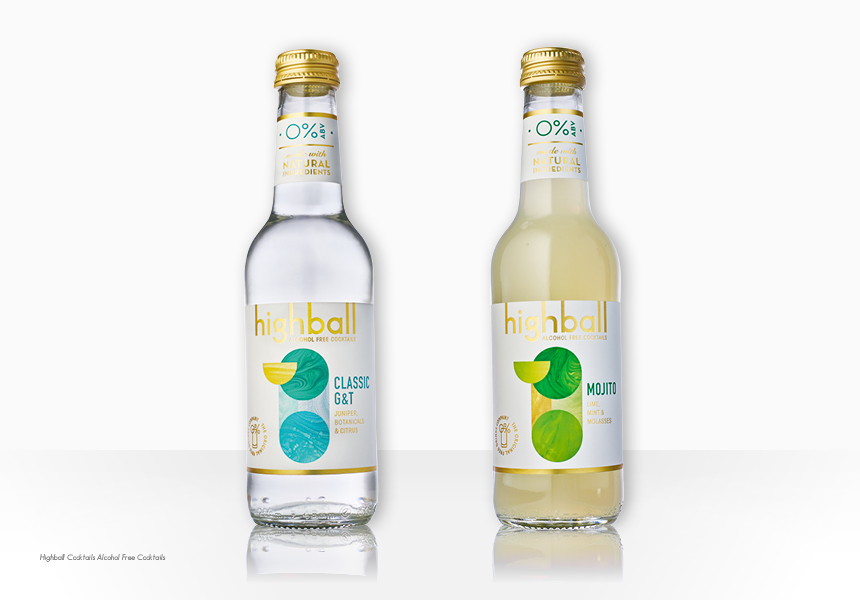 What they say:
Lightly carbonated, the refreshing flavour combinations have been crafted using fruit extracts and a touch of British sugar beet. Delicious on the go, or the perfect way to create an occasion for the non alcohol moment – low in calories, but still full of flavour.

Our panel says:
“I’m not doing Dry Jan this year, but its refreshing enough to drink all year round.”
“Light and refreshing, I like that there are no added sweeteners as they sometimes irritate my teeth.”
“Mild, not too sweet. Could literally drink these all day.”

What Paul says:
“This is sparkling and fruity. There are sweet notes of tropical pineapple followed by a touch of earthy cardamom. Very agreeable!” 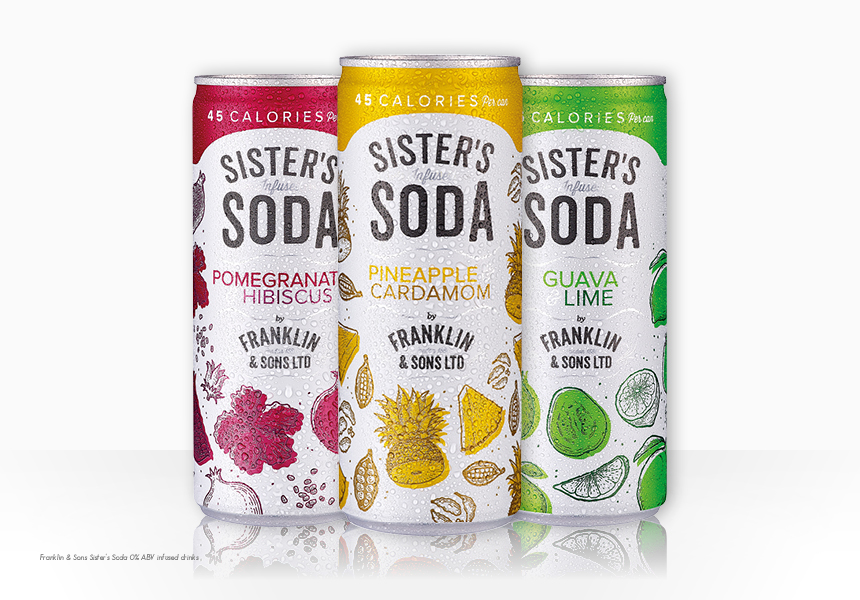 What they say:
A juicy, tropical Pale Ale, with a fullness that belies its low alcohol. Generous quantities of hops are added throughout the brewing process and it is those hops that deliver Low Tide’s richly fruity hop character, with tropical fruits, and notes of subtle citrus and blueberry.

Our panel says:
“Very hoppy, nice and fruity.”
“A little bitter for me, the flavours are nice though.”
“Tastes quite like Punk IPA, which I like.”
“I can’t really tell that there’s no alcohol in it. I’m not a regular beer drinker but it tastes exactly the same.”

What Murray says:
“Low Tide has an aroma of Mango, medium sweetness and tastes of tropical fruits.” 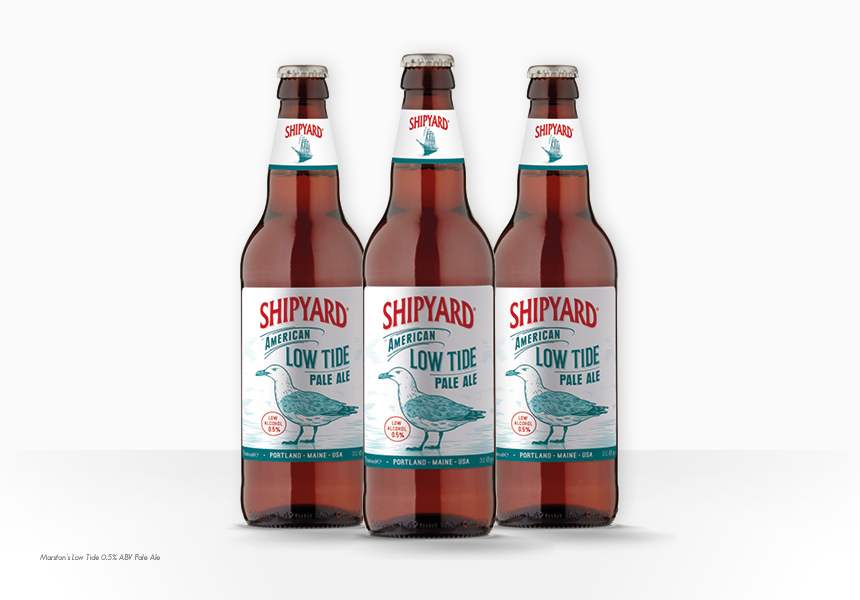