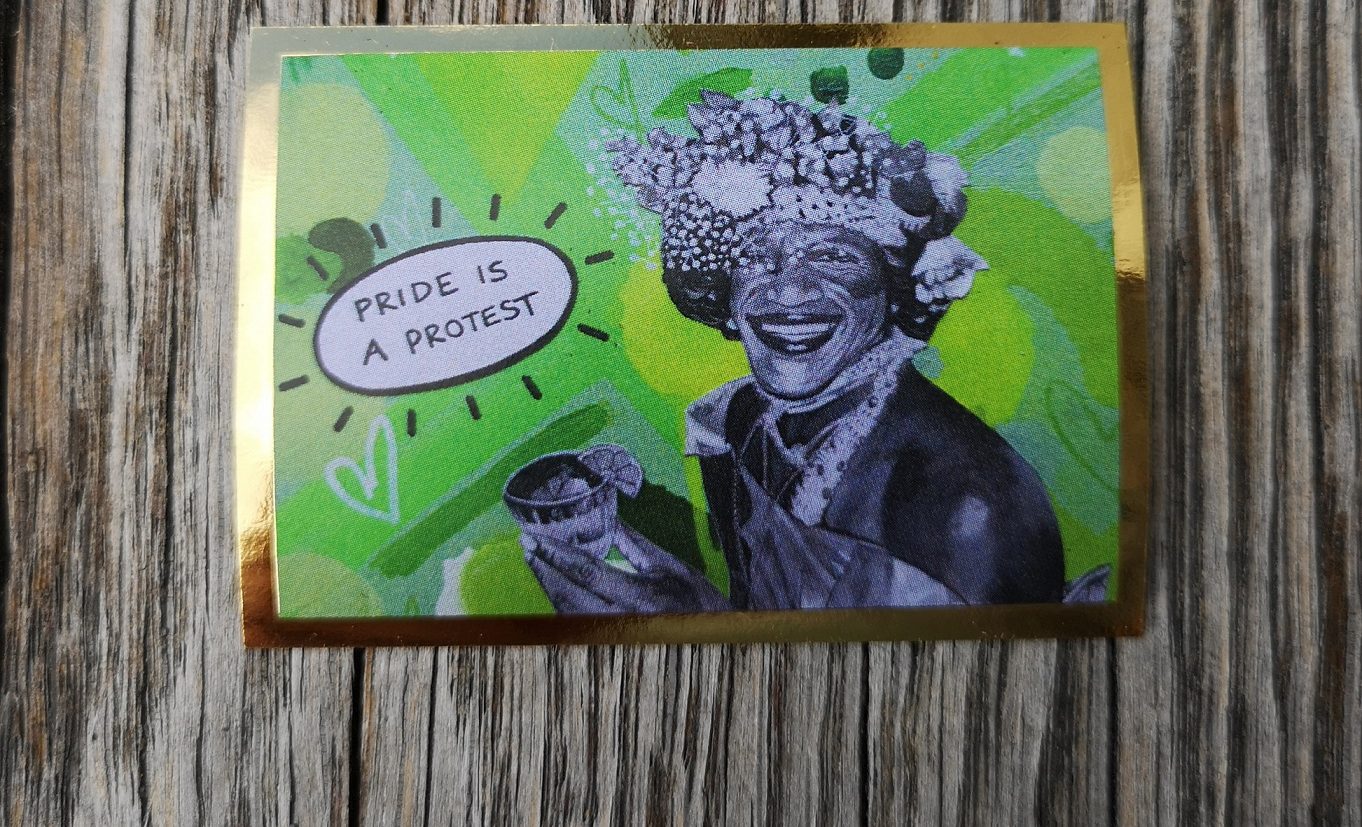 This year, Brighton Gin has teamed up with Brighton-based artist, Hizze Fletcher, who runs BRUSH, the iconic North Laine Art Gallery and hair salon. She has created a label to recognise the 50th anniversary of the Stonewall Riots which mark the birth of the modern Gay Liberation Movement (GLM).  It features Marsha P. Johnson, LGBTQ activist and self-identifed drag queen, who was a prominent figure in the 1969 Stonewall uprising, when New York police raided the Stonewall Inn and provoked the start of riots and demonstrations

Brighton Gin’s founder, Kathy Caton said “We’re proud to support our LGBTQ communities and give something back to the city which has so much a part of our identity. By featuring Marsha P. Johnson on the label, we hope people will ask more questions about who she was and the origins of the modern day LGBTQ movement.  We’re also delighted to be able to highlight the work of renowned queer artist Hizze Fletcher with this collector’s edition bottle”.

The exclusive run will be kept to 500 bottles, each one capped off with a gold wax top, rather than Brighton Gin’s signature ‘Brighton Seafront Blue’ wax.  A percentage of each bottle sold will go to the Rainbow Fund, the grant-giving organisation set up to support local LGBTQ community initiatives.

Through their Community Spirit initiative, Brighton Gin has supported dozens of charities across the city and beyond and is incredibly proud of the impact they’ve been able to have locally and across the UK.

“Now they got two little nice statues in Chariot Park to remember the gay movement. How many people have died for these two little statues to be put in the park for them to recognize gay people? How many years has it taken people to realize that we are all brothers and sisters and human beings in the human race? I mean how many years does it take people to see that we’re all in this rat race together!”