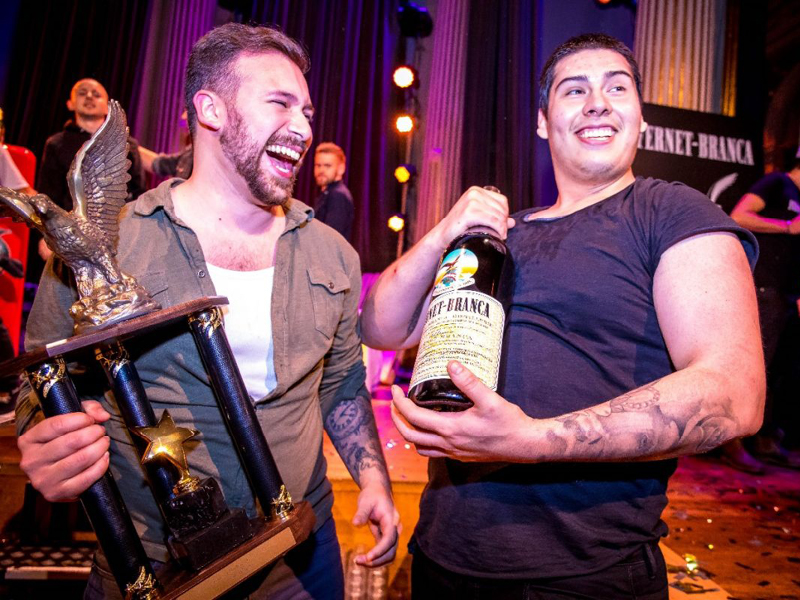 The Fernet-Branca Barback Games return to London for a second year. The popular Italian liqueur, used in many cocktails is back in September.

The Fernet-Branca Barback Games return to London this September to challenge Britain’s bravest bar industry professionals.  The winning team will go on to compete in the European final, taking place during the Bar Convent trade event in Berlin in October.

The event takes place at Village Underground, London on Sunday 29 September, with host Hi-Spirits expecting an even stronger turnout for the games’ second year in London, both from teams competing, and with loud, enthusiastic support from across the bar trade to cheer them on.

Eight teams of finalists will be chosen, with travel and accommodation paid for, and a minimum of four teams from outside of London competing on the night. The games test the skills and endurance of competitors with a series of physical challenges, as well as their knowledge and passion for classic Italian digestif Fernet-Branca.

Any bar stocking Fernet-Branca or another Fratelli Branca brand can enter a team, made up of one competitor and one coach. A competitor must work in a role that includes barback duties. To narrow down the entries, teams are being asked to sum up “What does the industry mean to you?”.

A global judging panel of bar professionals will oversee the proceedings, leading to a final battle between the top two teams to decide who will compete for the honour of the British bar trade in Berlin.

Poppy Croft, marketing manager of Fernet-Branca UK distributor Hi-Spirits, said: “The audience is as much a part of the Barback Games as the competitors, and bars can RSVP for tickets online.

“It’s a great chance to network, explore exciting complimentary Fernet-Branca drinks, and enjoy food and entertainment – last year saw DJ Luck and MC Neat perform – and, of course, shout themselves hoarse as the competitors are put through their paces.”

Teams hoping to compete, and trade professionals applying for complimentary tickets, can sign up at www.fernet-branca.co.uk/barbackgames.  Entries for competitors are open from 15 July to 31 August, with the finalists announced on 8 September.

The teams won’t find out what’s involved until the day of the games, but competitors are being warned that they need to be fit and able to compete in some very physical challenges.

Originally held in San Francisco in 2007, the Barback Games are now one of the biggest touring bar industry events. The 2019 London competition takes place at Village Underground, Shoreditch, London from 7pm – 12pm on 29 September. The winning team will spend three nights in Berlin, with the European final taking place during Bar Convent, which runs from 7 to 9 October.