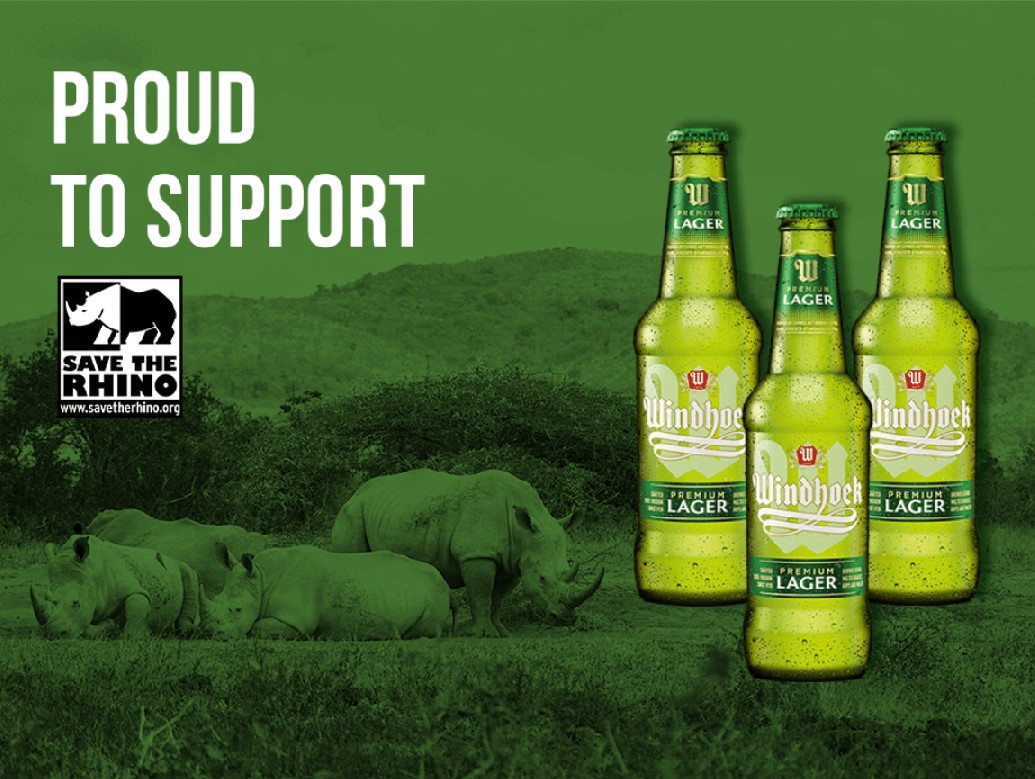 Namibian #PureBeer brand Windhoek Lager has completed its year-long UK fundraising campaign after hitting its £5,000 target for Save the Rhino International. Collaborating with bars, pubs, retailers, rugby players and consumers, a wide range of fundraising activities have been run in the past year.

The campaign began with a Windhoek Lager UK representative running the Hackney Half marathon in a rhino suit before a series of in-outlet events last summer, including a charity pig racing night at the award-winning Pig & Whistle pub in Wandsworth and a weekly charity live music night at the Brighton Rocks bar on the south coast.

Three more Windhoek warriors completed charity runs in April and May this year and the brand has also recently linked up with Namibian Rugby captain Renaldo Bothma, who currently plays for Harlequins.

As part of the collaboration, Renaldo’s fashion company botthms has designed and produced 1,000 pairs of exclusive rhino and Windhoek Lager socks, which are now on sale for £8.99 on his website –www.botthms.com/rhinos/.

Fifty per cent of the profits from the sale of each pair of socks will be donated to the campaign so it’s hoped that the initial £5,000 target can be further increased. For details visit – https://uk.virginmoneygiving.com/RenaldoBothma

“We’re so proud to have hit our target and to have raised some much-needed funds for a charity doing incredible work to help save such awe-inspiring animals.  I want to say a special thanks to everyone who has got involved, donated to and supported the campaign as without their generosity this wouldn’t have been possible.”

Michaela Butorova, Partnerships Manager from Save the Rhino International, said:

“On behalf of everyone at Save the Rhino International, I would like to say a huge thank you to Namibia Breweries team for exceeding their goal and reaching an amazing through their fantastic fundraising efforts!  It has been brilliant to see all of the different events and activities the brewery and their partners have been getting involved in. From the Piggy Racing night, Brighton Rocks bar and Botthms socks, to the Hackney Half, their commitment to raising funds and awareness has been incredible, and we greatly appreciate their dedication to protecting rhinos in the wild.”