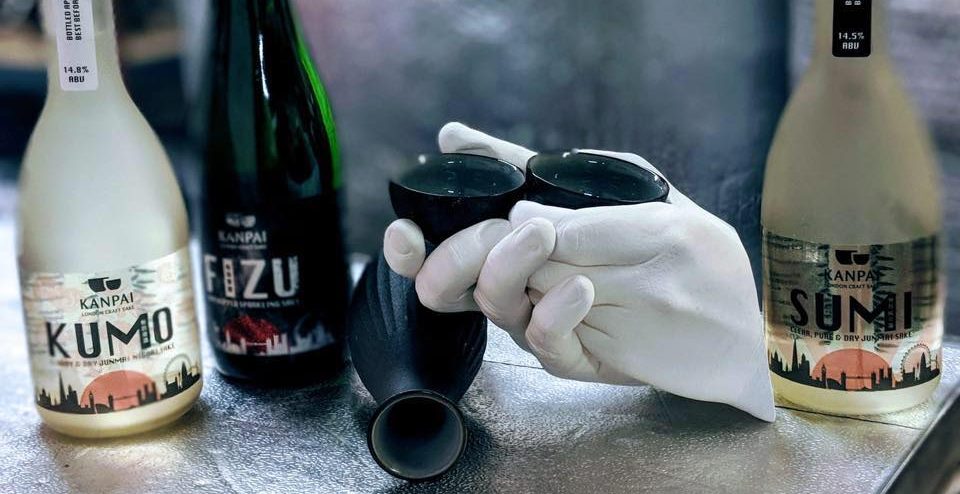 Kanpai is the Japanese for ‘Cheers!’. Founders, Tom and Lucy Wilson, were so inspired by what they saw and tasted in Japan that a few years ago they began home-brewing Sake with great success.

Thanks to great word of mouth and the fantastic quality of what they produced, 2 years ago this hobby expanded to become a commercial operation operating out of the unlikely surrounds of Peckham, Southeast London where they have recently opened the doors of their taproom.

Traditionally, milled rice is sourced from both Japan and California and traditional Japanese Koji and yeasts are used. Kanpai sakes have already begun to win awards and national recognition with presence in traditional Japanese restaurants, cocktail bars and even Michelin-starred establishments. The quality more than matches that of their Japanese counterparts, who have been supportive in recognising the work done by Tom and Lucy.

The core range consists of 3 sakes, from the classic Junmai Sumi, to the Nigori / cloudy Kumo and a special hopped sparkling sake called Fizu; a unique product, which appeals to sake, wine and beer lovers alike. The sparkling sake is also available on tap and a range of seasonal specials is also produced.

Amathus Drinks’ Head of Wine, Jeremy Lithgow MW said: “We are really excited to begin this partnership with Kanpai. This is a properly artisanal operation, which is highly focused on quality and innovation. Tom and Lucy’s enthusiasm and passion is infectious and we think the potential is enormous for this ground-breaking product. At a time when demand for sake is booming, what better than to offer something made in our own backyard? ”.

Tom Wilson added: “As the UK’s first sake brewery, we’re excited to be working with Amathus to take the next leap in the sake revolution. We’re proud to join their interesting line up of exclusive and unique drinks, to reach all corners of the UK”.