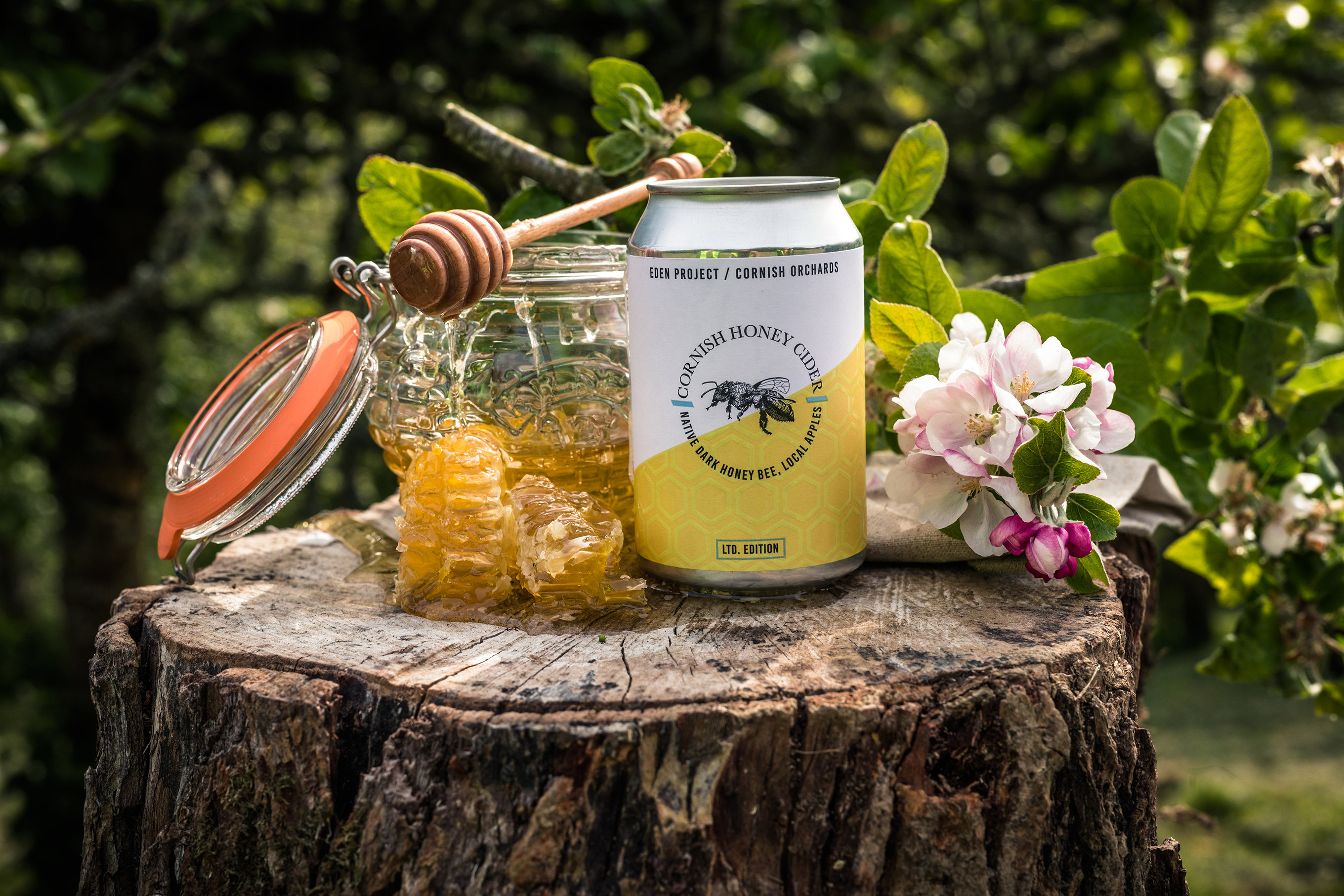 Cornish cider company, Cornish Orchards, in partnership with the Eden Project is launching a limited-edition honey cider on 27th May 2019.

The cider celebrates the long-standing partnership between Cornish Orchards and the Eden Project and aims to highlight the important work that the bee plays as a key pollinator in our ecosystem. This cider launch follows a campaign to support the Native Honey Bee and the cider will be sold exclusively within the Eden Project’s retail outlets from May 2019.

This collaboration involves the co-fermenting of apples grown in the Eden Project and at Cornish Orchards’ Westnorth Manor Farm. The juice was then blended together before fermenting in cool winter temperatures for a long fermentation process, imparting maximum flavour. With fermentation successful, the base cider was then given extra time to mature in the tank to achieve maximum flavour and aroma quality.

Honey from the Eden Project’s apiaries was then added to achieve the right level of flavour that worked in harmony with the character and quality of the base cider.

Patrick Gardner, General Manager at Cornish Orchards, said: “We’re really excited about this new Honey Cider. This is a new venture for our cider-makers, working with ingredients that they have only experimented with before.”

Chris Newton, Head Cider Maker at Cornish Orchards added “I am delighted to be working in collaboration with the Eden Project on this product. The sustainability work they do for the environment is inspiring and a real benefit to not only our ecosystem on Westnorth Manor Farm, but also in the whole of Cornwall and globally. Bees play such a key part in the cider making process as pollinators in the orchard and the chance to collaborate with the Eden Project to help raise awareness for their current plight was one we couldn’t pass up. If we can also blow some minds with an incredible product as well that’s a bonus.”

Amy Higgins, Senior Retail Buyer at the Eden Project, said: “We’re very pleased to be working with Cornish Orchards on this delicious new honey cider. It’s a brilliant product that also raises awareness of the importance of bees and other pollinators as well as being a great example of Eden’s commitment to local sourcing.”