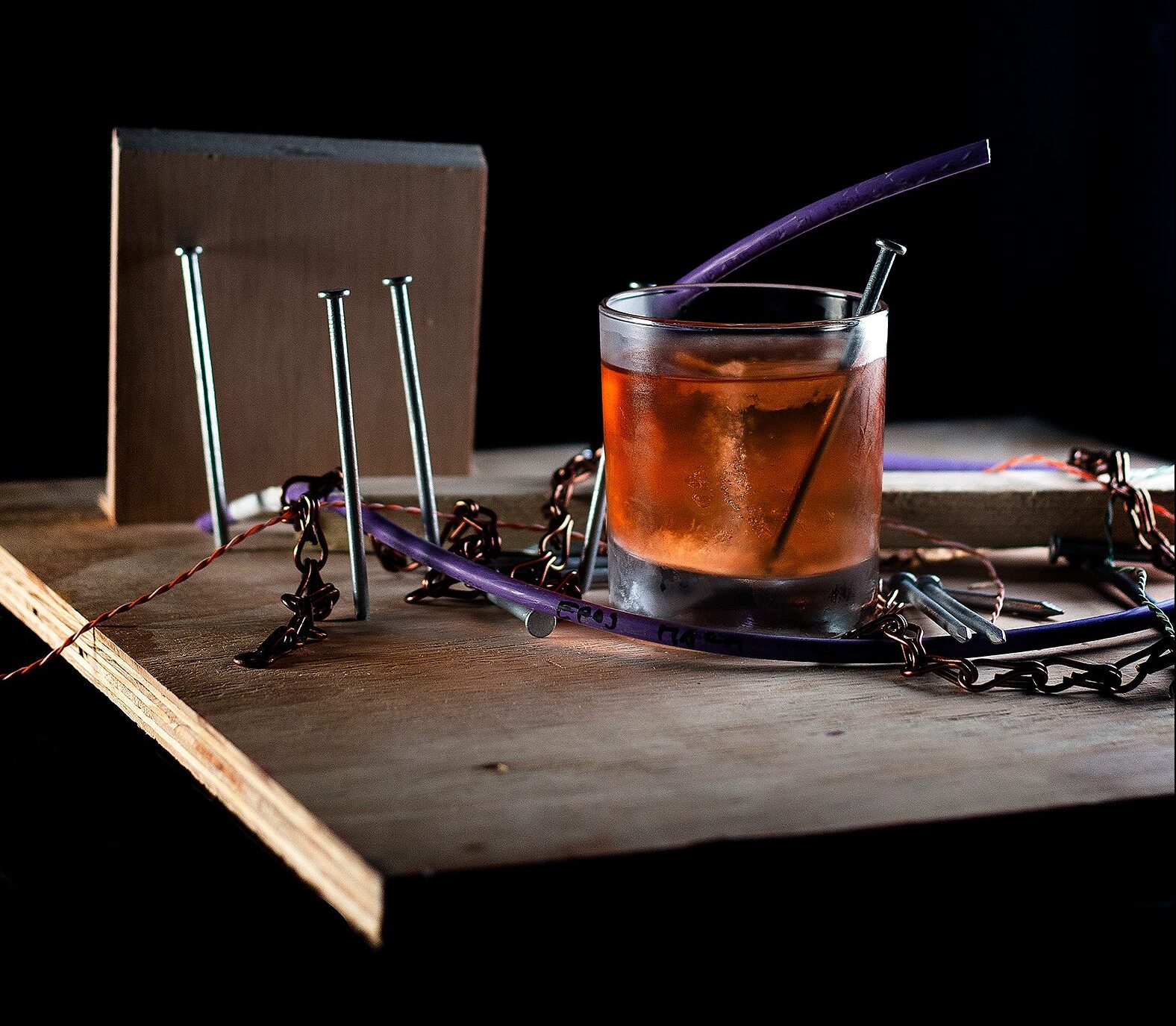 Launching in early June on Hanway Street in London’s West End, Murder Inc. is a new cocktail bar and the latest offering from the team behind The Cocktail Trading Company.

Hidden down one of London’s famously in-the-know drinking streets, Murder Inc. teeters on the edge of the refined- sophisticated Fitzrovia and glitzy-gritty Soho, perfectly blending beauty and filth in to one very cool neighbourhood bar. Taking inspiration from the gangster noir of the 1940s & 50s, the de?cor and style of this new sixty-capacity bar will be that of industrial New York meets mid-century glamour. A sizeable bar will take pride of place in a room where oak paneling, woven cane and striking artworks stand out against dark brick walls lit up by red neon signs and industrial pendants.

Four years have passed since The Cocktail Trading Co. first popped up at the top of Carnaby Street and impressed Londoners with its refreshing approach to cocktails – namely being fun & affordable with no shortage of creativity, and absolutely zero pretense. Owner- bartenders Andy Mil, Olly Brading and Elliot Ball moved on from their pop-up to the now flagship, brick and mortar Cocktail Trading Co. in the heart of Shoreditch, which recently celebrated its 3rd birthday, in which time they have built this little bar into one of the new staples of the London cocktail scene. Returning to the West End with Murder Inc. four years older sees an evolution of the team’s creative style whilst retaining their core values. 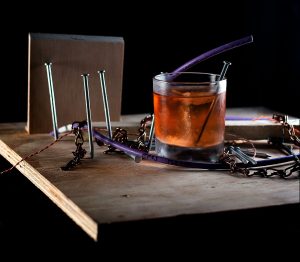 The drinks at Murder Inc. still have the tongue in cheek theatricality that Cocktail Trading Co. has become known for, but with a simpler, more refined sense of style. Featuring takes on evocative cocktails like the notorious Death In The Afternoon, an on-tap blend of Pernod Absinthe, agave-ginger sherbet and Moe?t Champagne and the Diablo II, a combination of Patron Silver, salted galangal, cassis, rooibos beer and demonic overtones, the drinks are sophisticated yet striking, often darkly funny and guaranteed to bring a smile to any face.

Starting from £9 each, examples from the menu are below:

Open until 2am at the weekends, offering live music and a serious ‘happy hour’ until 7pm, Murder Inc, will soon become the go-to place for quality drinks at reasonable prices, in a highly entertaining environment.