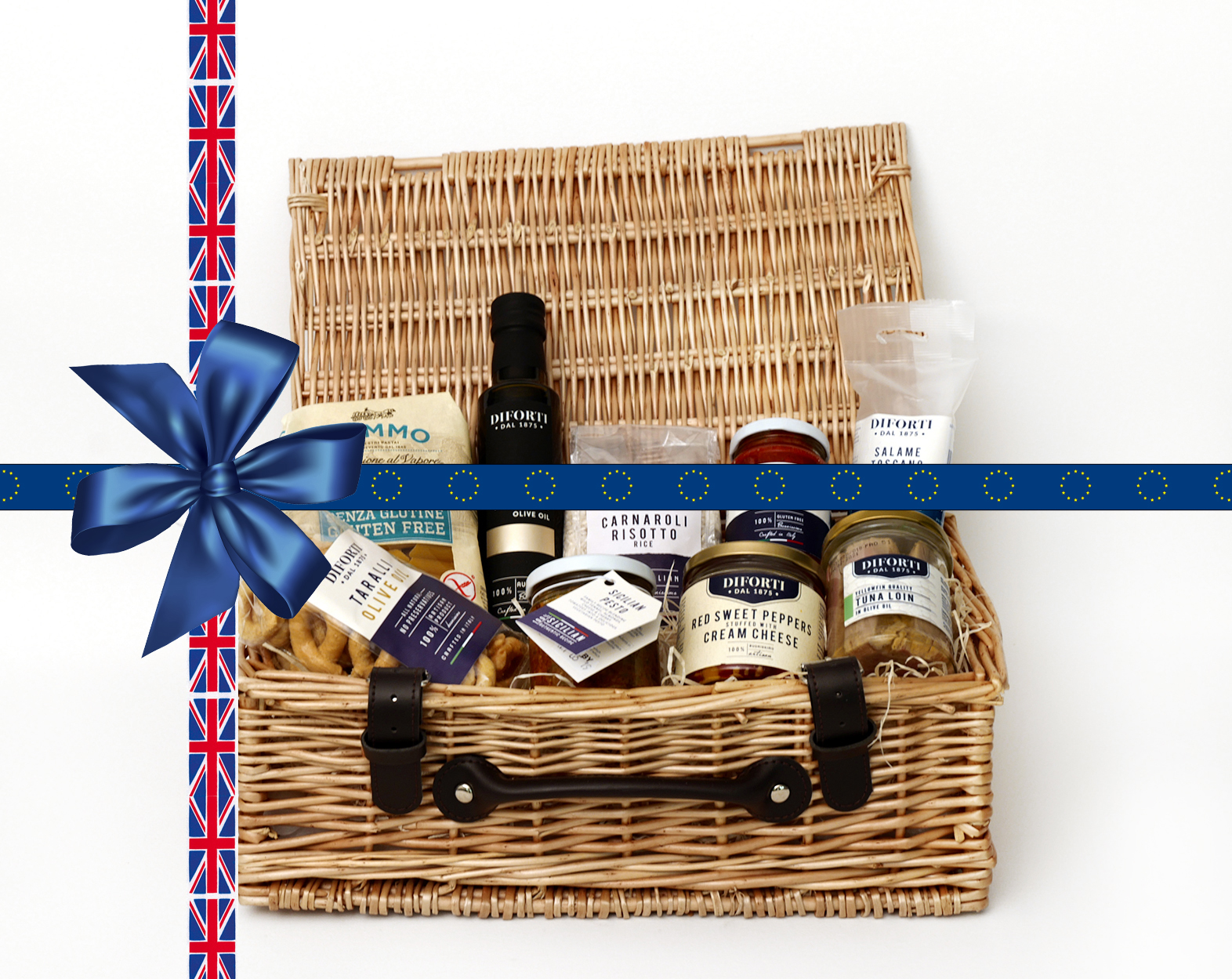 Popular Italian delicatessen Diforti has launched a Brexit Box to help shoppers prepare for shortages of their favourite foods.

With Brexit threatening to disrupt imports from Europe, and warnings that food products from the continent could be harder to come by, Diforti has taken action with the release of their Brexit Box.

Carlo Diforti, Director of Diforti, said: “The looming prospect of Brexit may have already hit the pound, but it could be about to hit the people of the UK where it really hurts – their kitchen cupboards. The price of olives has hit a seven-year high, and there are warnings of an impending cheese shortage.

We don’t want any of our customers missing out on the very best Italian ingredients, no matter what we wake up to on March 29th. That’s why we’ve put together the Brexit Box, full of items that may be harder to come by once Brexit comes around.”

From pesto to pasta to packets of rice, the contents of the Brexit Box have been selected to keep shoppers’ cupboards stocked for the long haul. It also contains their popular Red Sweet Peppers stuffed with Cheese, in response to fears that cheese will be among the main victims of post-Brexit food shortages.

Andrea Diforti, Director of Diforti, said: “Everyone’s talking about bad deals or no-deal, so we’ve made sure that our Brexit Box is a very good deal. It has everything you need to keep your cupboards stocked and your table full.”

Founded by Michele Diforti in Sicily in 1875, Diforti is now run by great-great-grandsons Carlo and Andrea, and transports the traditional tastes of Italy to the UK through its online delicatessen.

Diforti’s ethos is based around traditional family values and their Italian heritage, which is at the centre of everything they produce. The brothers personally develop each offering with specially selected suppliers in order to give their trade and retail customers a truly unique product.

Diforti’s Brexit Box is priced at: £44.99 and available until stocks last.