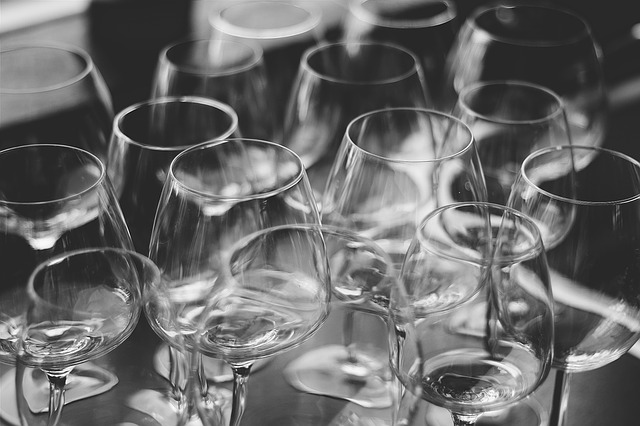 Until the end of the Victorian era, pub goers mostly drank out of pewter tankards. Two things happened – Dingy pubs became better lit and modern filtration methods started to produce clearer beer. The first massed produced beer glass arrived in the beer industry in the 1920’s – a ten-sided glass for the “Beer is Best” campaign.

In 1938 the dimpled beer mug appeared which reflected and refracted light better with bitters. In 1948 the major problem of “straight” glasses – their tendency to chip or nick where the rims rubbed together during washing and storage – was solved by the invention of the “Nonik” (no nick). In the 1970’s a variation of the Nonic, the Tulip, became the favoured glass style for stouts and northern ales delivering “A Yorkshire style big head”. In the last fifteen years things started to change with different brand owners introducing their own branded glassware. Manufacturing processes also changed with more intricate designs with different levels of nucleation to appeal to the consumer.

For many decades in the UK glassware was generic and dominated by a few different types e.g.

Consumers are now seeing branded glasses as the norm, and this heavily reflects on the quality of the venue and the product being served. Design & presentation is the first thing a consumer will take note of, even before the first sip, and will change how they perceive the quality of the drink. Also, with an abundance of drink choices out there, branded glassware creates brand differentiation and a USP (unique selling point).