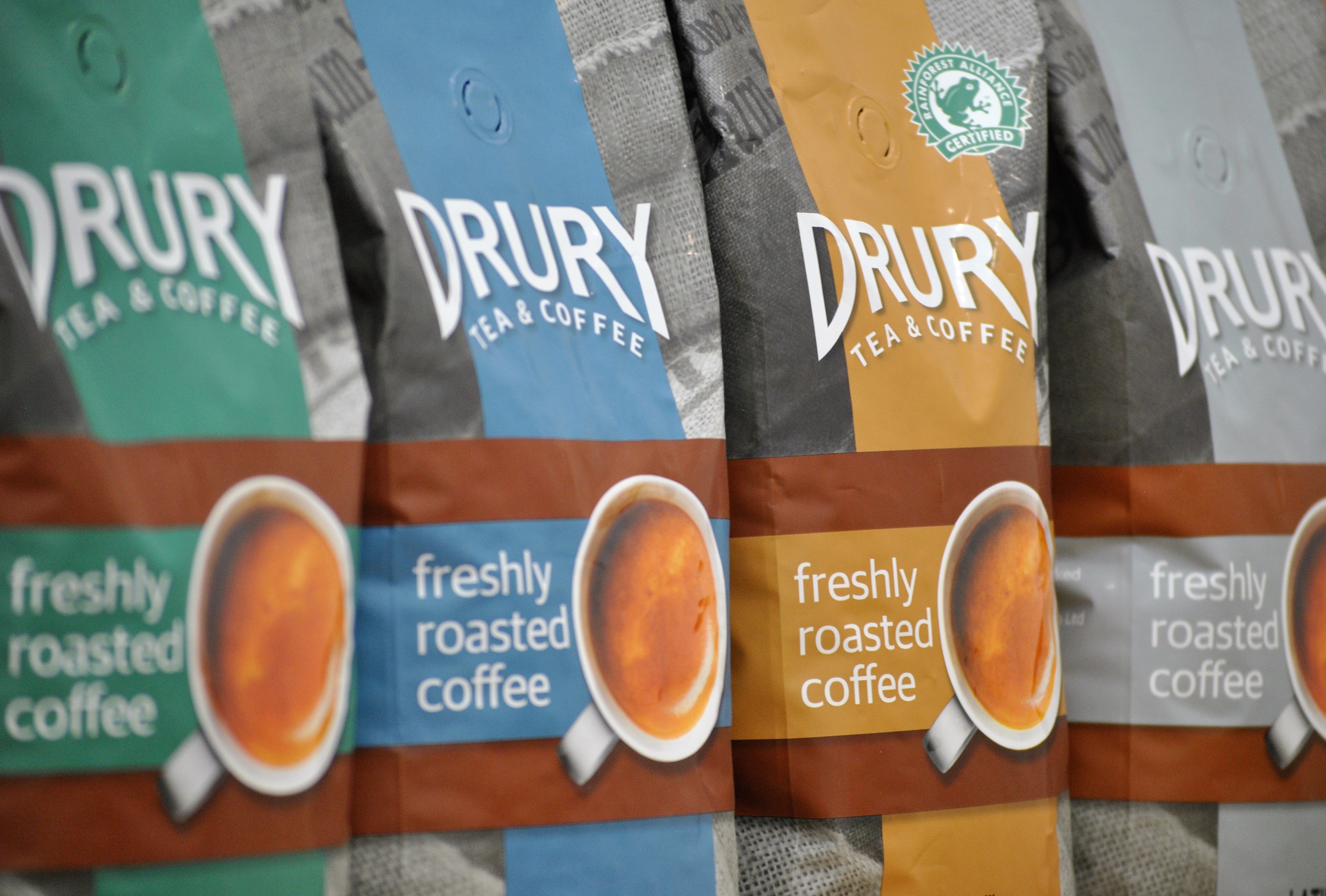 Leading London-based coffee roaster and tea blender, The Drury Tea & Coffee Company has announced a new scheme for recycling its laminated coffee packaging. The new scheme, which comes into effect on 1st March 2019, is open to all commercial purchasers of Drury coffee taking deliveries directly by Company van.

In common with many other volume coffee roasters, Drury uses a triple laminate material called PET ALU PE, made from plastic and aluminium to protect its roasted coffee and extend its shelf life. Until now, it has not been possible to recycle it. Over the past few years, Drury has examined other alternatives such as compostable material and reusable containers, both of which have drawbacks which make them unsuitable. Now, however, Drury can announce that, in association with its packaging supplier, Maxilla Packaging, it has found a facility able to fully recycle this material.

How it will work

From 1st March, the recycling scheme will cover Drury’s 1-kilo, 500g and 250g valve bags, with a planned roll-out for other lines later in the year. Drury will collect the used packaging material from its customers, but only when they have a delivery, as this reduces the carbon footprint of the scheme. The used bags do not need to be cleaned before collection, but should not be returned contaminated with any other materials. Drury vans will have lidded bins fitted inside to facilitate collection and ensure food safety is not compromised. Drury then consolidates the material at its warehouse and ships it to the recycling site for processing.

Drury is absorbing most of the costs of the scheme itself but is charging each participating customer a modest annual subscription fee of £10+VAT per site to cover some of the administrative costs involved. This fee will entitle the customer to return as many Drury coffee valve bags as they wish during the year. The fee represents good value for money, especially as it will also reduce customers’ waste disposal charges. Drury has created an optional certificate for customers that can be displayed or used to support their environmental policy.

Says Drury Director, Marco Olmi: “For some years, our dilemma has been to balance the need to protect our coffee against the need to protect the environment and, believe me, we have exhausted all the alternative options. But, working with Maxilla to discover this new facility goes a long way to solving the issues. Our aim as a company is, in future, to recycle the highest possible percentage of coffee packaging instead of it ending up in a landfill”.