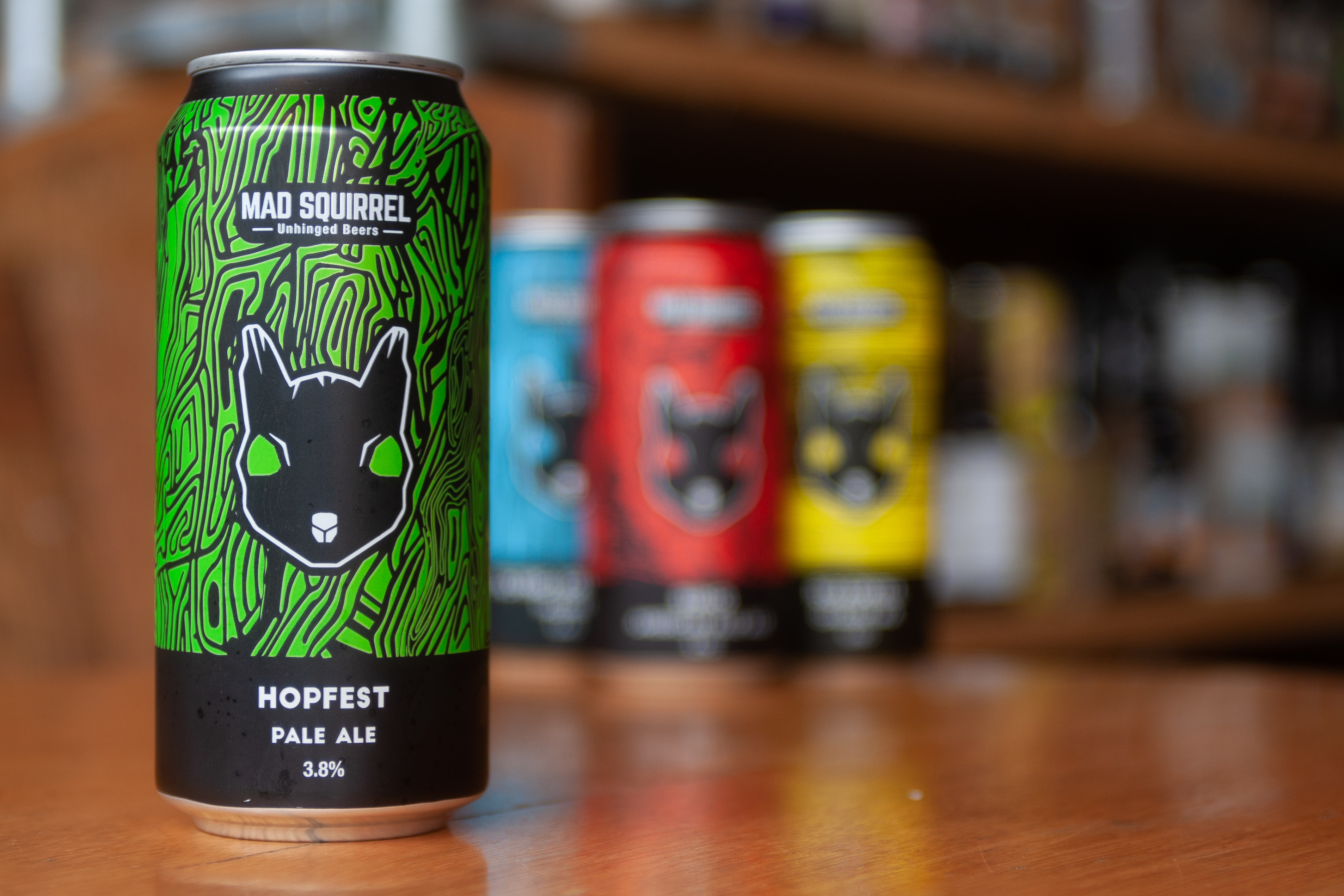 What inspired you to start Mad Squirrel?

Mad Squirrel was started in 2010 by Greg Blesson and Jason Duncan-Anderson. Both Greg and Jason had previously worked in the wine industry together and felt that, at that point in time, the wine industry was becoming a little stagnant. They both could see the exciting, embryonic development of the ‘craft beer’ industry in the UK and felt that it could be an exciting movement to be a part of. The company was formed and our first brewery was set up at unit 24 Boxted Farm, just outside of Hemel Hempstead in Hertfordshire, about 25 miles north of central London.

Since its inception in 2010, what have you marked as your biggest milestone to date?

In our 8 years of operating, we have achieved a number of things we would consider milestones, as the company grows things you consider significant milestones adjust and things that felt like a huge step in the early days might not seem so significant now. Early milestones include winning Hertfordshire Beer of the Year two years running with London Porter, and the opening of our first Tap & Bottle Shop in 2013. More recently, big milestones have included the relocating to a bigger unit and installation of our new brewery and canning line, successful completion and overfunding of our second round of crowdfunding on Crowdcube, the launch of our mobile beer bar and the opening of our sixth Tap & Bottle Shop. We are always pushing forwards at Mad Squirrel.

What did you want the Mad Squirrel brand to be like?

We occupy a fairly unique position, both geographically and in attitude within the beer industry and we wanted the brand to reflect that. Being situated so close to London, but very definitely outside of it, places us in an unusual market. London is one of the best cities in the world for contemporary beer, but out here in the Home Counties the focus is very much on traditional style ales and the average consumer is far less exposed to a wide variety of approaches to beer. Our whole angle was that we bring contemporary beer to the areas that other operators overlook. Whereas other operators go “lets open 3 outlets in London, now lets open one in Birmingham, one in Bristol, one in Leeds” we try to work in the commuter belt, the suburbs, the populated areas between the major cities. This is reflected in the branding: Squirrel’s are obviously seen as a symbol of rurality, but the aesthetic we place on that is quite contemporary, vibrant and urban. Out here what we do is really seen by a lot of people to be mad!

In terms of equipment, what has been your biggest purchase to date? How has this helped the brewing process?

In the summer of 2017 we relocated from Unit 24, a 2000 square foot site, to Unit 18, which is 10,000 square foot. This was so that we could purchase and install a completely new brew kit. Our new kit comes from American Brewing Equipment (A.B.E) and is automated and steam powered with a brew run of 30hl. We have 3 single brew fermenters, 2 double brew fermenters and are shortly about to install 3 triple fermenters to keep up with demand. The kit is incredibly efficient, precise and versatile, allowing us to brew a wide variety of styles to a very high standard and upscale production to keep up with demand easily. A large element of the setup is custom to us, having been instigated by our brewing director Matthias. The whole kit was our biggest purchase to date and has helped us produce more and better beer than ever before.

Tell me about your core beer range. Why are these considered the core beers?

Our core range consists of 8 different beers across a variety of styles. We have $UMO our American Pale Ale, which is our biggest seller, accounting for nearly 30% of our entire output. We have a fantastic pilsner called Flying Squirrel, which we are incredibly proud of. We have a couple of other pale beers in the form of Hopfest a citrussy session pale and Roadkill an opaque, New England style IPA. London Porter and DE La Crème (Milk Stout) are our two core dark beers, and the set is rounded off by Mister Squirrel, our take on a classic British bitter, and Resolution, a golden ale. $UMO, Roadkill, and Flying Squirrel are all keg only, Hopfest and De La Crème are both cask & keg, Mister Squirrel, London Porter and Resolution are cask only. All except Resolution are available in small-pack too.

The key factor in our core range is “drinkability”. They are all beers which can be sessioned, they are reliable, drinkers want to return to them time and time again. They all have their own fanbase and all have a point of difference from each other.

Personally, what’s your favourite beer in your range?

For me personally, it is $UMO. The mixture of Mosaic and Summit hops provides a perfect balance of a full tropical fruit initial flavour followed by a slightly herbal, dry finish. It is incredibly moreish, the whole beer is perfectly in balance. It has resonated with drinkers in a big way too, it consistently scores well on beer rating sites and apps, and through beer social media events like #craftbeerhour and #beerbods. It is my go-to beer, every time.

Being based in Hertfordshire, how do you encourage the local community to enjoy your beers?

We are big on engaging with the local community! We have our mobile beer bar which we take out to various events, fairs, beer festivals etc. within the area. We have our chain of Tap & Bottle Shops in nearby towns (Hemel Hempstead, Berkhamsted & Harpenden in Herts. Chesham, Amersham and High Wycombe in Bucks) which showcase our beers to consumers, we run very popular brewery tours every month, and of course, we sell into a large number of pubs & restaurants. We also work alongside a number of locally focussed charities of various causes.

Further afield, where is the furthest a Mad Squirrel beer has travelled?

Most of our distribution is within the UK, we cover most of the south-east directly and then work with various wholesalers for nationwide distribution. We have done a small amount of export into mainland Europe and are looking into other potential export markets currently. On social media, we have seen individual cans travel as far as Texas and Japan!

Definitely watching drinkers respond to the finished product! You have an idea, build a recipe, trial it, design the branding, brew it, package it and send it out into the world, by the time anyone gets to drink it we may have been working on it one way or another for several months. The work is worth it for when that customer takes the first sip of it and their face lights up. At the end of the day, beer is meant to be enjoyable and seeing people enjoy it makes everything worthwhile.