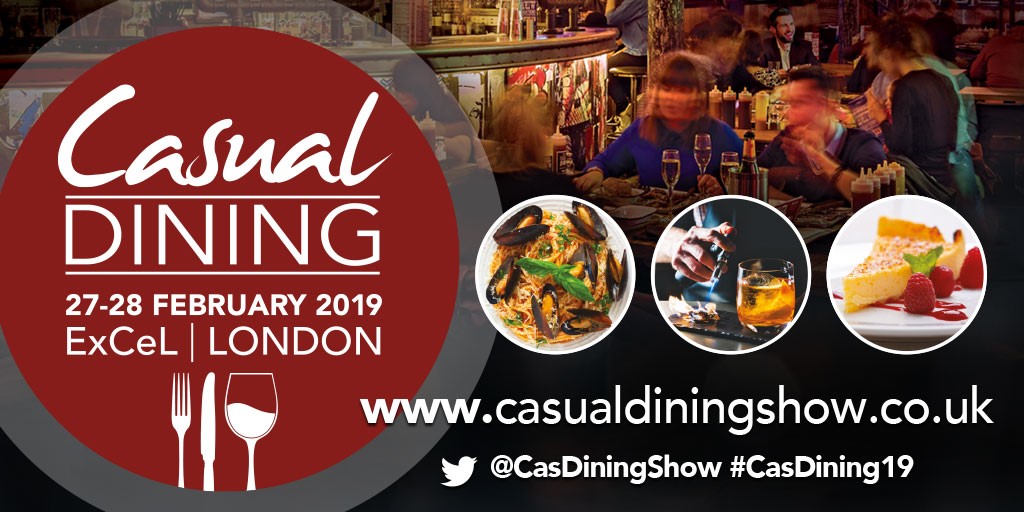 2019 is already set to be a record year for Casual Dining Show, as it announces its free Keynote line-up featuring some of the biggest names from the nation’s best casual dining operators.

Visitors to the show, taking place at the new venue of London ExCeL on 27-28 February, will benefit from expert insights from 50 speakers appearing in 25 free business seminars across two dedicated keynote theatres (sponsored by Yumpingo).

As previously confirmed, the CEOs of UKHospitality, Jamie Oliver Restaurant Group, Pizza Hut Restaurants UK, Casual Dining Group, The New World Trading Co (NWTC), and Oakman Inns will also be giving their take on the challenges and opportunities of competing in this dynamic market.

“Casual Dining has already established itself as the destination show for restaurant, pub and bar operators.  It’s the only UK event that annually attracts so many leading innovators, influencers, trailblazers and decision makers from across the sector together in one place at one time.  And, this incredible free Keynote line-up, makes it even more unmissable,” says event manager Eva Ellis.

“In these turbulent times, it’s more important than ever that our great industry gets together.  I’m very happy to be speaking at our industry trade show, Casual Dining.  See you at ExCeL,” says Dishoom’s Shamil Thakrar.

Casual Dining will take place at the new venue of ExCeL London on 27-28 February 2019.