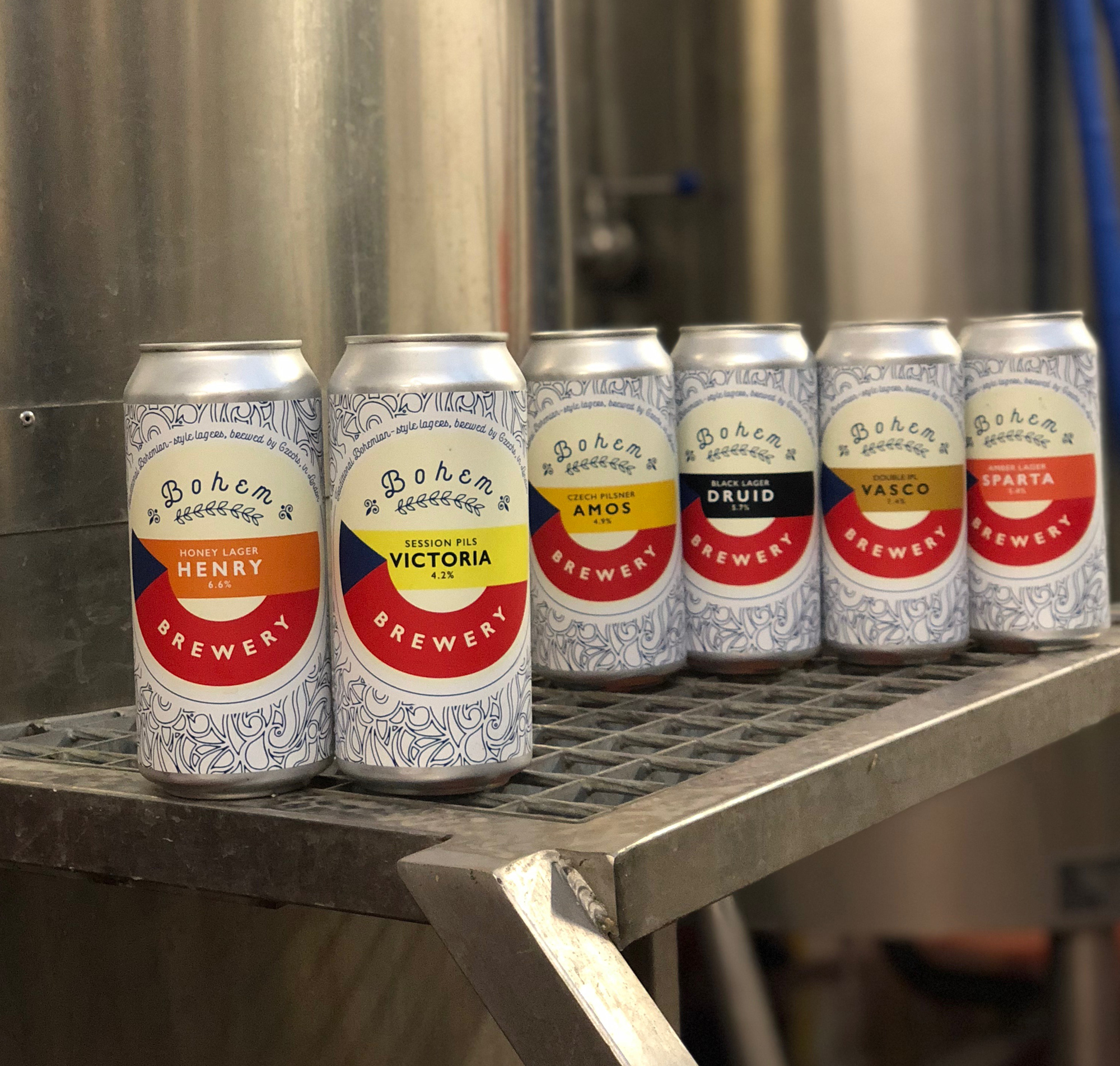 London-based Bohem Brewery has added two more authentic Czech-style lagers to its canned range, as listings for its beers increase.

Making the move from keg to 440ml cans are:

The addition brings the range of canned lagers available from Bohem Brewery to six. Through its distribution partnership with the UK’s leading beer wholesaler The BottleShop, the brewery is increasing its listings, with the beers now available from specialist retailers Caps and Taps, Hops Burns & Black, Ghost Whale, Beer Shop Hitchen and others. In addition, Bohem has launched an online shop for its canned range at www.bohembrewery.com/online-store/.

Zdenek Kudr, chief executive of Tottenham-based Bohem Brewery, said, “We’re delighted that two more of our authentic lagers now available in cans. The combination of a keg and can is making our distinctive, genuine lagers more widely available to craft beer enthusiasts.

“There are now more beers than ever on the market that call themselves “lagers”, but our commitment to brewing in the authentic Czech style delivers the genuine article.”

Bohem uses bespoke lager brewing kit manufactured in the Czech Republic, and brews with specialist malts and yeast at low temperatures, to create unfiltered and unpasteurised beers that are lagered for a minimum of five weeks.