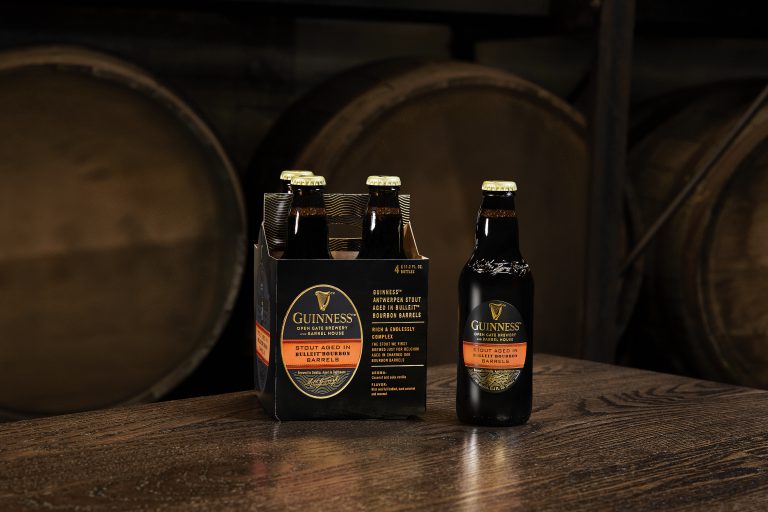 “Our story as brewers began more than 250 years ago in Dublin, and those Irish roots will absolutely always be a key part of who we are, but beer has evolved in so many ways since then,” said Brand Director, Emma Giles. “It’s hard to deny that the U.S. is the center of the universe as far as beer innovation is concerned. Now that we have a permanent home here with some of the most talented brewers the country has to offer, the potential to blend our brewing expertise with American creativity is virtually endless.”

For the better part of 200 years, all Guinness – no matter which beer or where in the world – was stored, and shipped in barrels. The new brewery intends to recapture the tradition of Guinness brewers maturing beer in wood barrels through its ongoing release of barrel-aged beers. Located just 10 miles from downtown Baltimore, the Open Gate Brewery & Barrel House is conveniently located and part of an exciting and growing brewing scene in Maryland. The grounds of the new brewery couldn’t be a more fitting home for barrel-ageing beers – the location originally served as the Maryland Distilling Company, a post-prohibition distillery opened in 1933.

As part of a worldwide community of Diageo brands, Guinness has access to an incredible supply of barrels from some of the most talented spirit makers in the world, from Bulleit Bourbon to Don Julio Tequila to Zacapa Rum. After establishing a brewery stateside, Guinness chose to partner with fellow Diageo brand, Bulleit, on the first Guinness barrel-aged beer out of Baltimore. The toffee and caramel notes from the barrels were sought out to help balance the bittersweet profile of the Antwerpen Stout. The deep roots of Bulleit in America will also help strengthen Guinness’ growing U.S. presence.

“The best part about barrel-ageing any beer is that you get the chance to pull the flavours of the wood and liquid previously aged in it,” said Senior Brewer at the Open Gate Brewery & Barrel House, Sean Brennan. “We’ve already started to think about what we’ll be experimenting with next, but we couldn’t be more pleased with our first go at using barrels from our friends at Bulleit. This beer is something special, and one to be sipped slow and savoured.”

With powerful and full-bodied notes of bittersweet chocolate and aged fruits, the stout spent eight months ageing in Bulleit Bourbon barrels, adding a layer of oaky richness and complexity to the beer.

“Bulleit and Guinness share some common ground in a strong and sincere commitment to innovation and development. We’re excited to join forces as their first partners during the beginning of this new brewing operation,” said Bulleit Whiskey Quality Blender, Eboni Major.

On shelves in a very limited supply and on tap at the Open Gate Brewery & Barrel House until the end of the year, Guinness Stout Aged in Bulleit Bourbon Barrels has an ABV of 10% and 52 IBUs and is available in the U.S. in four packs of 11.2oz bottles for a suggested retail price of $19.99.

To keep up to date with the latest news from the Open Gate Brewery & Barrel House, make sure to follow @GuinnessBreweryUS on Facebook and Instagram and @GuinnessUS for more updates from the brewer. Whether enjoying a Guinness beer at the Open Gate Brewery & Barrel House in Maryland, at the Guinness Storehouse in Ireland or anywhere in between, please do so responsibly.

The Guinness brand was established in 1759, when Arthur Guinness signed a 9,000 year lease on St. James’s Gate Brewery in Dublin. Brewed using four main ingredients, water, barley (malted & roasted), hops and yeast, Guinness is the world’s most popular stout brand. The iconic beer is brewed in 49 countries worldwide and sold in over 150 with almost 9 million glasses of Guinness beers enjoyed every day around the world. The most GUINNESS is sold in Great Britain, Ireland, USA, Nigeria and Cameroon. More information can be found at www.guinness.com.

Bulleit is one of the fastest-growing whiskeys in America, founded in 1987 by Tom Bulleit, who attributes that growth to bartenders and cultural partners who’ve adopted it as their own. The Bulleit Frontier Whiskey portfolio is distilled and aged in the Bulleit family tradition, using a higher proportion of rye grain, which gives them a distinctively bold, spicy taste. Most recently, Bulleit Barrel Strength Bourbon won a Double Gold medal and Best Straight Bourbon at the 2018 San Francisco World Spirits Competition.

In 2017, Bulleit celebrated its 30th anniversary with the opening of a new, state-of-the-art distillery located in Shelbyville, Ky. In 2019, a Visitor’s Center will open at the Bulleit Distilling Co. in Shelbyville to share our modern, technological and sustainable approach to making great whiskey. Fans are invited to learn more about the past, present and future of Bulleit by visiting the Bulleit Frontier Whiskey Experience at Stitzel-Weller in Louisville, KY., a member of the Kentucky Bourbon Trail® tour. For more information, visit www.bulleit.com or follow @Bulleit on Instagram.