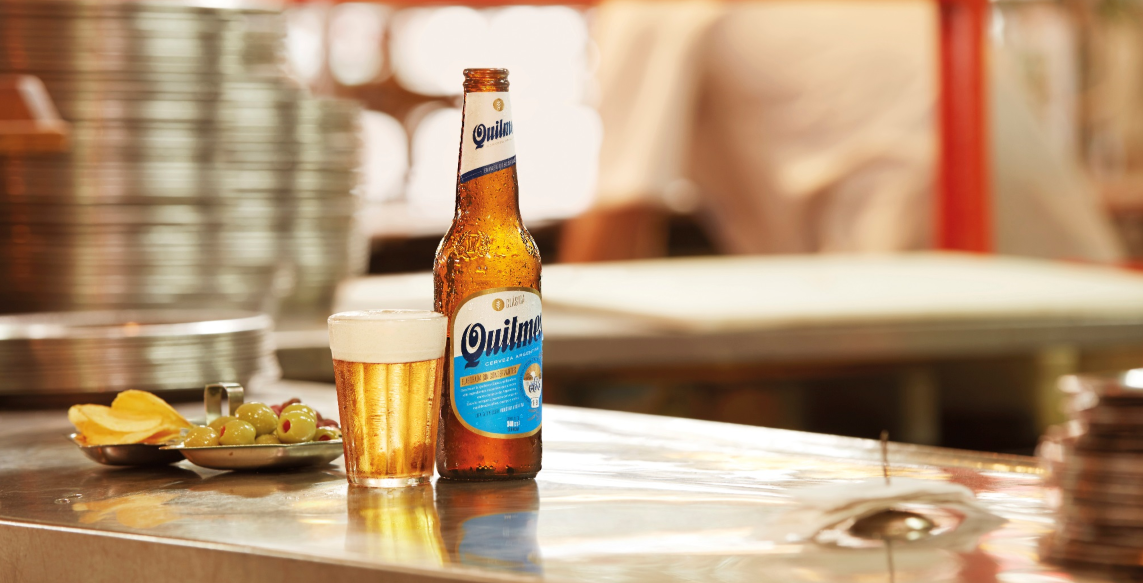 Morgenrot’s iconic Argentine beer brand Quilmes has undergone a full brand revamp including a new eye-catching packaging makeover of its bottles and cans.

Renamed Quilmes Clasica, the famous brand first launched in the UK over a decade ago and has quietly developed a passionate following in the ON/OFF trade and among consumers.

Imported by Morgenrot since 2008, the brand is a mainstay in the growing Argentine restaurant and pop up food scenes, plus in the UK bar sector and has benefited from its association with the UK polo scene and Argentine football culture.

“We’re proud to have worked with the Quilmes brewery for over a decade with the brand growing year on year and continuing to be a popular choice with our customers. It’s by far Argentina’s biggest beer brand and has now also developed a loyal following in the UK so a revamp was necessary to continue the push.”

“With the growing demand for beautifully packaged, taste rich, world lagers, we’re thrilled to launch the stunning new branding, which will be key as we look to make the brand a leading light in the super premium lager category in the years to come.”

Proudly remaining a genuine import, Quilmes Clasica is only brewed in Argentina. Quality and provenance are assured from the use of the finest Patagonian hops, malted barley grown in the Pampas and pure water from the Andes.

Quilmes brewery was founded in 1890 in Buenos Aires by German immigrant Otto Bemberg. Though named after the area of the city where it was located, the Quilmes were originally a native tribe who lived in the surroundings of Tucumán. In the 17th century, after repeated attempts by the Spanish invaders to control their lands, they were defeated and forced to settle in a restricted colony (reducción) near Buenos Aires, 1000km away from their homeland.

The Quilmes’ beer quickly dominated the drinks market in Argentina with outlets in all major cities. Having acquired several more breweries, they made the first malt from Argentine barley in 1921 and this enterprise supplied not only their own breweries but practically the entire national beer industry.

Quilmes is “Argentina’s Favourite Beer” – and this Argentinian icon is enjoying an international reputation with export growth in the Americas, Asia, Australia and Europe.

Established in 1970, Manchester-based Morgenrot supply a sublime selection of wines, beers, ciders and spirits nationally including Krombacher, Windhoek, Tribaut, Loxarel, Supper Club and Vallemajor to name a few. The company recently launched an exciting range of Spanish Vermouths and Gins.