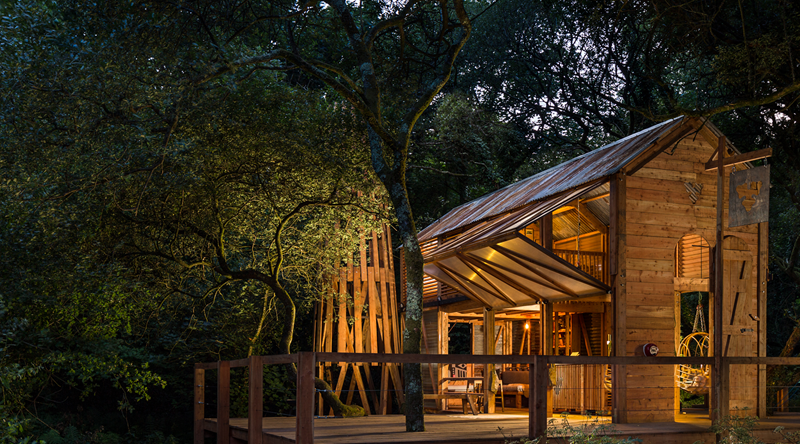 Following the success of the Carlsberg Expørt rejuvenation and the popularity of its The Danish Way campaign, Carlsberg UK has kicked off the holiday season in true Scandinavian style with the launch of the ‘Carlsberg Cabin’ pub. Using hydro and solar power technology, the cabin has been built using only sustainable materials, by people from across the UK looking to escape modern day life.

Inspired by the Danes’ love of the great outdoors, the carbon neutral pub is complete with a Carlsberg Expørt DraughtMaster beer pump and located in the serene Cornish countryside at Kudhva – a wild camping experience near Tintagel. Also designed to sleep up to six people, the Carlsberg Cabin is open to consumers that want to live the ‘Danish Way’ and can be booked via Airbnb.

Ben Huggins from New British Design said: “The inspiration for the design of the Carlsberg Cabin is a ‘Danish’ re-imagining of the iconic Cornish engine houses you see in Poldark. The original engine houses were built of stone and pumped water from the tin mines, now we’ve translated that iconic design into a lightweight frame structure but this time pumping beer. The remote off-grid nature of the quarry location required the use of both solar PV and hydro-electricity to power the Carlsberg DraughtMaster that consistently delivers the perfect chilled pint.”

For the build, Carlsberg brought together six strangers from around the UK who wanted to immerse themselves in the ‘Danish Way’. By inviting strangers to build the Carlsberg Cabin, the project sought to build relationships between them, build individual character and live in the moment.

They led the construction of the Carlsberg Cabin, under supervision, during the seven-day build in which they made new friends and learned new skills in the process. You can see the story of their experiences during the build across Carlsberg social media channels this summer.

Liam Newton, Vice President of Marketing, Carlsberg said: “We wanted to build an off the grid pub that allowed people in the UK to live the Danish Way and escape the busyness of daily life. We’re extremely proud to be able to launch the world’s first pub powered by a waterfall. The Carlsberg Cabin was part of a project, Build the Danish Way, to bring an element of the Danish way of life to the UK. We want to provide space for quality conversation whilst taking in a view to take your breath away and a crisp, cold pint of Carlsberg Expørt with friends. We hope people enjoy staying at the Carlsberg Cabin and embrace living the Danish Way.”