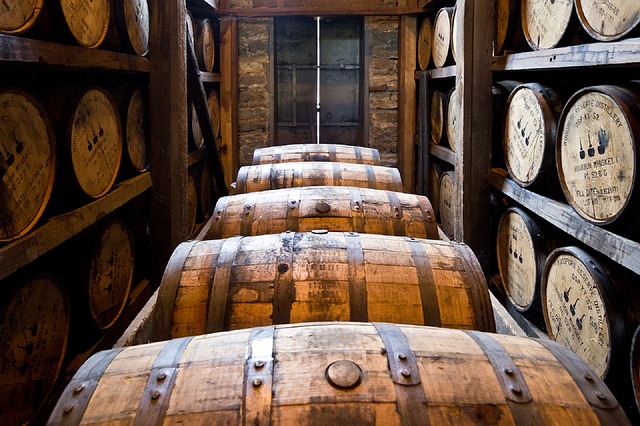 Maker’s Mark®, the definitive premium handcrafted American whisky, has announced a single barrel programme offering distributors a change to work in partnership with the brand.

Partnering with Harvey Nicols and officially launching to consumers on the 22 October, the limited run of 252 Private Select bottles will be available for £75 each across all eight Harvey Nichols stores in the UK and Dublin and online from harveynichols.com.

The launch of this unique single barrel programme is a watershed moment for the brand in the UK, offering distributors, bars and retail customers the chance to work in partnership with Maker’s Mark to create a bespoke handcrafted cask strength barrel aged liquid – specifically for their own consumer base. Private Select launches in light of overwhelming demand for new styles of Maker’s Mark both globally and in the UK, where there is still growing demand for American Whisky among UK consumers with the total American whisky category now worth in excess of £623 million – growing at 7% value and 4% volume year on year.

Private Select draws inspiration from the success of the same process used to make the now-iconic Maker’s 46 by the son of the distillery founder Bill Samuels Jr. Following a period of consultation on how the wood specifically imparts flavour to the liquid, a single fully matured barrel of Maker’s Mark is then infused with a combination of ten specially treated oak staves directly into the liquid with five unique styles to choose from, giving 1,001 different recipe combinations in a way that enhances the complex profile to create a subtly nuanced and entirely new liquid style.

The specially designed staves include Baked American Pure, Seared French Cuvee, Roasted French Mocha, Toasted French Spice and Maker’s 46 – which across a nine-week period of maturation, that is carefully monitored by the Master Distiller, imparts differing levels of spice, sweetness and vanilla notes to the finished product.

Having worked closely with the Kentucky based team of distillers, the Harvey Nichols Maker’s Mark Private Select has been designed to create a medium bodied whisky with a smooth complex finish. Featuring a pink peppercorn, toffee apple and pecan nose, the taste is a subtle blend of green apple, oak smoke spice, stoned fruit, butterscotch, vanilla, burnt toast and orange oil. As the first of its kind in the UK, the launch of this premium product builds on fantastic success for Private Select in the US, but still retains the trademark Maker’s hand-rolled our barrels, hand-cut labels and hand-dipped iconic red wax.

Nick Ganich, Head of Brands at Edrington-Beam Suntory, says: “The desire for a specific Maker’s Mark single barrel programme is something we have been working on for a number of years as a result of overwhelming demand from consumers and key luxury partners both in the UK and around the globe – and we are delighted to be able to bring it to the UK in partnership with an icon of premium luxury such as Harvey Nichols.”

Rob Graves, Head Buying for Food & Beverage at Harvey Nichols says: “We are very excited to partner with Marker’s Mark and release this uniquely crafted expression, which we believe will appeal to our customers and whisky aficionado’s alike. With Maker’s Mark Private Select, we have turned what was a beautiful handcrafted liquid into something truly unique.”

The launch of Private Select with Harvey Nichols will be closely followed with the launch of two Single Barrels with The Whisky Shop from November – a further unique flavour profile available for consumers to buy nationwide.

For more information on the launch of Harvey Nichols Maker’s Mark Private Select, which will be available to buy both in-store and online from the 22 October while stocks last, go to at www.harveynichols.com or visit www.makersmark.com.