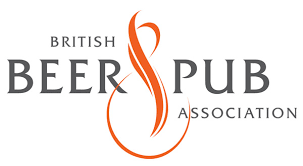 Speaking on the challenges the hospitality sector faces on the high street, she noted how Brexit was creating uncertainty for businesses such as pubs. This is in addition to consumers who are tightening their purse strings as a result of food inflation from Brexit. She also talked about how business rates cumulatively affect pubs who are paying around 4% of their turnover in business rates alone, more than any other sector according to a recent report by Oxford Economics. Pubs pay 2.8% of the total business rates bill while accounting for just 0.5% of rateable turnover – an overpayment of £500m.

It was not all negative, Brigid Simmonds also spoke about the decreasing value of the pound, explaining how this has led to an increase in tourists visiting the UK, which has boosted pubs on the high street, with as many as seven in ten overseas tourists visiting a pub whilst in the UK.

Discussing the overall problems, the beer and pub sectors faces with taxes, Brigid Simmonds flagged the Long Live the Local campaign by Britain’s Beer Alliance, which is backed by microbreweries, regional and national pub chains, the British Beer & Pub Association and global breweries. The campaign is calling for a cut in beer duty in the upcoming Budget and so far over 97,000 people have signed its petition to cut beer tax, with a further 40,000 people also writing to their MP. A number of MPs on the Committee had already seen the campaign at Westminster

“The high street is an important part of any town or city in the UK, but it is struggling. The answers are not only about tax, there are some great examples of best practice from the Great British High Street’s competition, which all point to local leadership, partnerships, understanding your local market and events.  There is a pub on every high street, but as an industry they face considerable cost pressures from a range of sources; particularly high beer duty, unfair business rates and VAT.

“In response to this, Britain’s Beer Alliance, backed by microbreweries, regional and national pub chains, global breweries and the British Beer & Pub Association, (BBPA) ourselves, have launched the Long Live the Local campaign to call for a cut in beer duty in the upcoming Budget.”