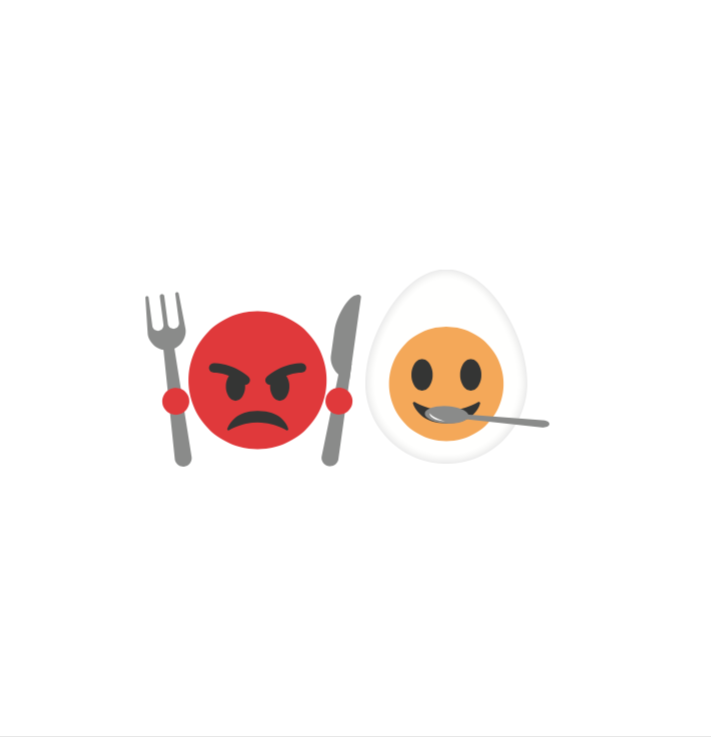 This year British Egg Week takes place between 8 and 14 October and British Lion eggs has created a toolkit to help retailers, wholesalers, food manufacturers and caterers make the most of the week.

The toolkit shows some of the activity that is taking place during the week, which is themed ‘Don’t get hangry, get cracking’, including a new emoji and animated gifs. With research showing being hangry (anger due to hunger) affects 79% of Brits, protein-packed eggs can help provide a solution by helping people to feel fuller for longer.

The hangry emoji has been submitted to Google, Android and iOS and, along with the animated gifs, will be available to download from www.eggrecipes.co.uk and the Egg Recipes app.

The toolkit also includes ideas for how to get involved, including key messages and hangry-busting egg recipes that can be shared with customers to encourage them to celebrate British Egg Week and purchase more eggs. It also includes information on how to exploit British Week via social media channels. News stories, social media activity and influencers sharing their hangry content will also form part of the campaign.

Andrew Joret, British Egg Industry Council Chairman, explains: “British Egg Week is the perfect excuse to celebrate and sell more eggs by encouraging customers to get cracking to avoid being hangry.  Whether you’re a retailer, wholesaler, food manufacturer, caterer or all round egg fan, the toolkit makes it easier for you to get involved, engage with customers in a fun way, and make the most of the opportunity. And what’s more, now the Food Standards Agency has confirmed that eggs can be consumed runny, or even raw, by vulnerable groups as long as they are Lion, everyone is free to celebrate British Egg Week in style for the first time in 30 years.”