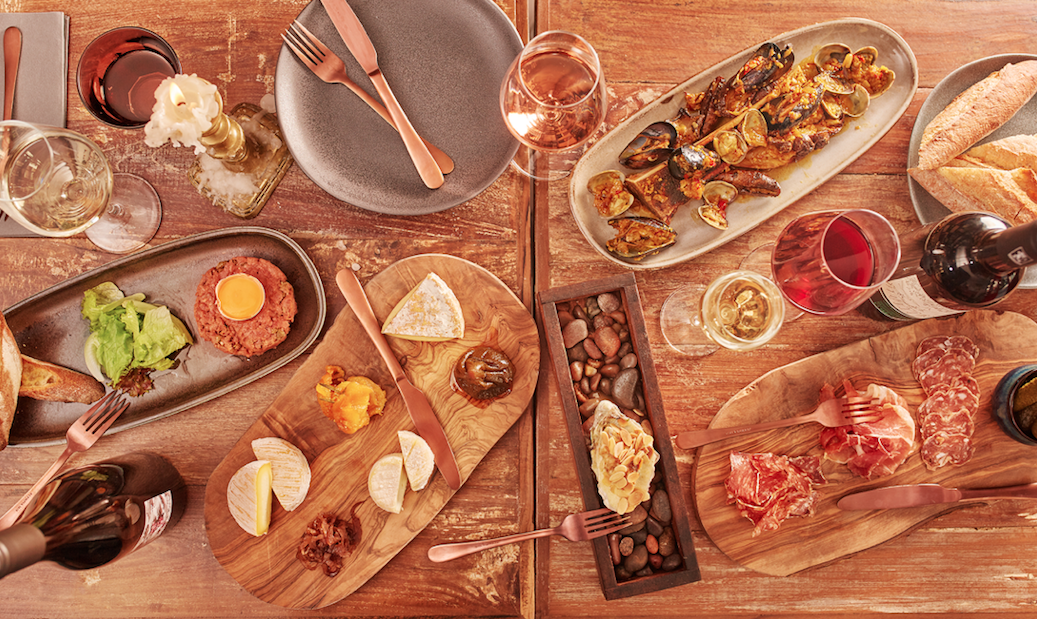 This month, Lady of the Grapes opens its door in London’s social heart, Covent Garden. Its pull? Serving wines made predominately from female winemakers.

“Lady of the Grapes is a small wine bar but full of wine made by amazing ‘ladies’!” begins Byron, owner and director of Lady of the Grapes, who elaborates on how she feels the venue will bolster the representation of female winemakers. “I want to represent them as much as I can and ensure they are visible to the public and let people know they exist and they can make wine as good as anyone else.

“We see more and more women taking the lead and being in charge of wine estates and we are really pleased to see that. But like in many other industries, the parity still does not exist and women are often less considered.”

Unfortunately, female winemakers make up a minority of the winemaker community. A study conducted in California, found that regionally, only 10 per cent of the winemakers were women. Similar figures are exhibited across the globe when it comes to women in the industry.

Even still, it’s not only female representation Byron is concerned about. She continues: “But it is not only about winemakers, it’s more generally about women in wine. I also have amazing women working with me at Lady of the Grapes who have a great knowledge of wine.”

Byron herself is a huge part of what makes Lady of the Grapes so special. In 2015, Byron left her position as an art director in advertising to become the manager of The Grocery Wine Vault in Shoreditch. During this time, Byron acquired wine industry knowledge and further understood how to fulfil her own dreams of opening a wine bar.

The journey to opening Lady of the Grapes is a rich one; interestingly, the venture has been funded via a Crowdfunding campaign.

Byron elaborates: “It was based on rewards, so people were able to pre-buy wine or food or services (like wine tastings or a seat at the Lady of the Grapes). It was more to have visibility and pique the interest of future customers, so they can come as soon as we open the door, as opposed to just raising money. And it was fun to create pledges. Otherwise we also have partnerships with private investors.”

The location of the venue is important too; with wine being a part of London’s social scene, making sure the restaurant was central was key. Byron adds: “I looked for a long time for the ideal location. And after months of disappointment, Victor Garvey (who is a close friend, restauranteur and chef) was closing his restaurant ‘Encant’ and offered us the opportunity to take over the place. Obviously, we didn’t have to think about it too much and just took it. The location is amazing, in easy reach for everything in London and the period building is super cute.”

Putting the venue together required some DIY; Lady of the Grapes’ logo was designed by Byron herself, who drew inspiration from Dionysus – the female god of the grape harvest, winemaking and wine, of ritual and madness.

Byron elaborates: “My husband cut the wine bottles to make the lamp pendants that hang near the front windows, and we bought our amazing chandelier from a light supplier called Chantelle.”

After the venue was secured, Byron and her team worked on developing the best food and wine pairings possible.

For the latter, they already had a concept; wines largely produced by female winemakers. Beyond this, Byron wanted Lady of the Grapes to offer biodynamic, organic and natural-certified wines – lots of boxes to tick. Currently, the venue offers wines from various importers (approximately 20), so many suppliers means there’s more wine options, and more of a chance for Lady of the Grapes to stick to its vision.

When asked how she developed this menu, she says: “In collaboration with Victor. I really wanted to have food with French influences to pair with our wines. I explained the concept to Victor, he was super excited about it. He is an amazing chef, so I was extremely happy to have him design the food menu.”

Reflecting on how far Lady of the Grapes has come from just a dream, to its launch this month, Byron concludes: “I would dare say it’s a unique offering. I don’t know any other place mixing retail and hospitality as we do and showcasing organic wine and women.”