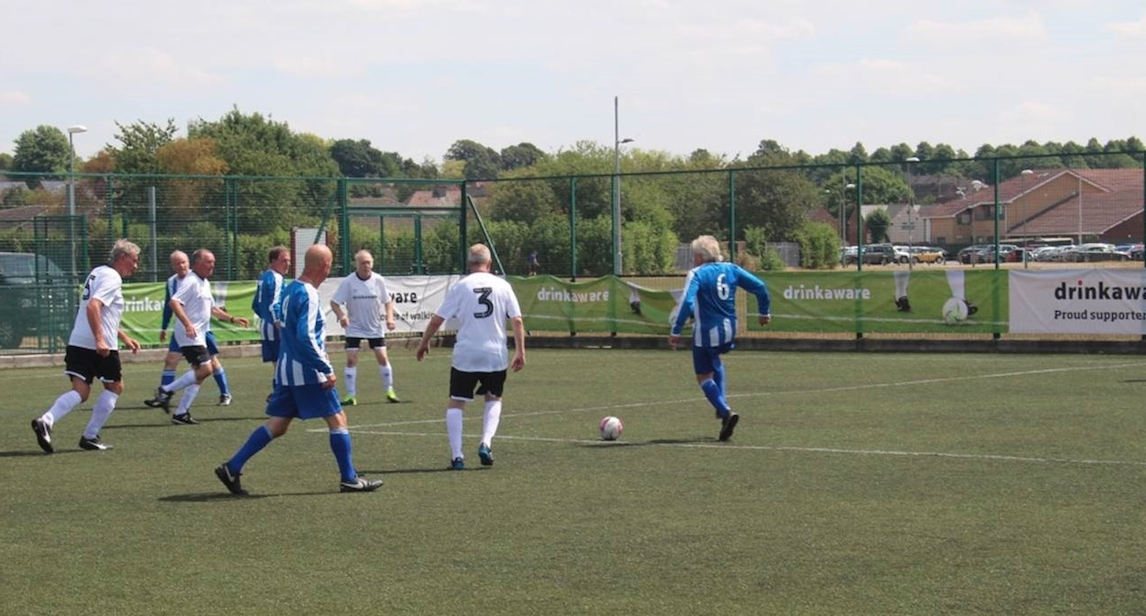 Alcohol education charity Drinkaware sponsored its first Walking Football Tournament, the Drinkaware Cup, held last month in conjunction with Derby County Community Trust, at the same time as renewing its partnership with the Sky Bet Championship club for the 2018-19 season.

Nottingham Forest lifted the trophy after six teams from across the country competed in a one-day contest at Racecourse Playing Fields in Derby.

Drinkaware became a preferred partner of Derby County Football Club last year and its messages about responsible drinking were displayed every matchday on hoardings and screens around the ground, reaching more than 13 million people over the season, including televised matches.

As the partnership extends into the new season, Drinkaware will continue its work with the Derby County Community Trust, which includes the Walking Football scheme. This slower version of the beautiful game is aimed at the over 50s, as a way of improving both physical and mental health.  Last season, the scheme delivered more than 4,500 sessions to players across Derbyshire.

Rommel Moseley, Drinkaware Director of Business Development & Partnerships, said, “We’re delighted to be renewing our partnership with Derby County Football Club for the coming season – especially as the arrival of Frank Lampard as manager should raise the club’s profile and create opportunities for us to reach more mid-life men with our messages.

“It has been wonderful to watch the growing popularity of Walking Football across Derbyshire and we’ve been able to engage with many of the men on the scheme about cutting back on their drinking as part of a healthier lifestyle. We’re looking forward to working with them again.”

“For many of these men, taking part in the sport is genuinely transformational, helping them improve both physical fitness and mental health, by giving them a new group of friends to prevent social isolation. As one of our players said, ‘Walking Football gives me something to look forward to – you can get forgotten once you retire.'”

Martyn Shore, Health Improvement Practitioner – Substance Misuse for Derbyshire County Council, said, “The Drinkaware Cup was a superb event and we were proud to support it, especially as the participants can be quite a hard-to-reach group when looking at healthy lifestyle messages.

“As a football event, it was a great platform for promoting healthy messages about the benefits of regular physical activity. From a public health point of view, it really did tick quite a few boxes. We will be looking forward to working in partnership with Drinkaware, Derby County and Derby County Community Trust again in the future.”