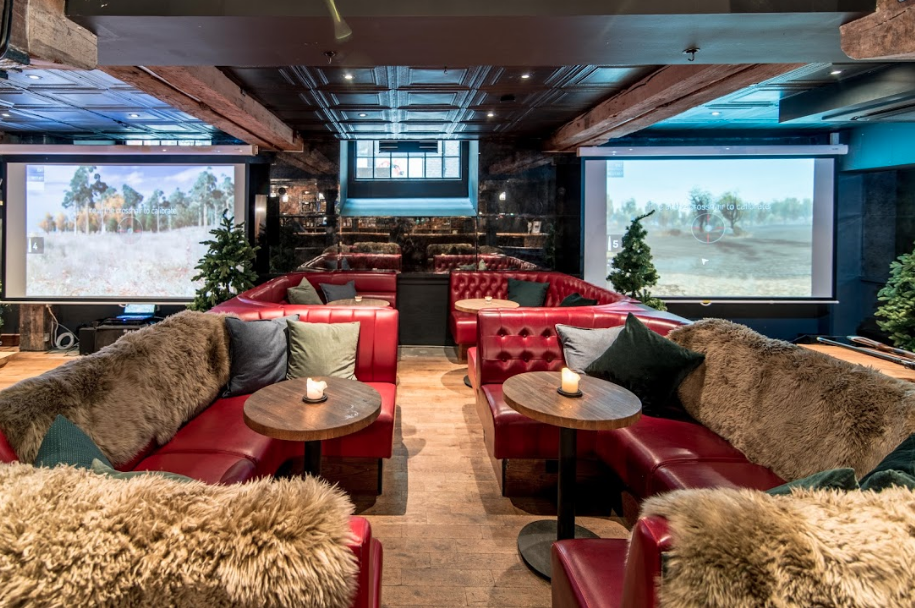 This year, London’s favourite Scottish restaurant Mac & Wild will be celebrating the start of the glorious grouse season by serving up a variety of special grouse dishes, including their Glorious Grouse Scotch Egg on the menu throughout the season at both restaurants, as well as launching their ‘Glorious Grouse Shoot Off’ in the Virtual shooting range, set to get wings flapping.

To honour the start of the grouse shooting season, Mac & Wild Devonshire Square will be launching a ‘Glorious Grouse Shoot Off’, kicking off on Monday 13th August, where guests are invited to take their shot in the new Shooting Range and Whisky Bar, to win the ultimate Highland adventure worth £2,000. The winner will be announced at the end of the grouse season on the 10th December 2018, ensuring everyone can have a shot at getting on the leaderboard. Those who win the prize will explore all the best Scottish sites on offer and be treated to a shoot in the Highlands, dinner at Mac & Wild Falls of Shin and a distillery tour.

In honour of the Glorious Twelfth this August, modern Mexican restaurant, Cantina Laredo will be celebrating the start of the game season with the launch of their one-off Glorious Game Tacos, offering guests a Mexican twist on Britain’s favourite game, Grouse and Venison, available in the restaurant as of Sunday 12th August 2018, the perfect way to see in the start of the game season this year.

Offering all diners a Mexican twist on traditional Glorious Twelfth dishes, Cantina Laredo will serve up Grouse topped Tacos, served on a tortilla with pearled spelt, creamed corn and an epazote gel. Alongside Glorious Grouse tacos, Venison Tacos will also be on the menu made with Venison barbacoa, habanero guacamole served on a coriander and poblano tortilla, topped with radishes, guaranteed to spice up the grouse season.

To celebrate the start of the game season, 12th August, Chef Patron at Aster, Helena Puolakka has created a menu of gamey delights featuring grouse, partridge, pheasant and venison. The seasonally changing menu will feature different game each month, starting with grouse on the 12th August and go through until December. Aster, the Nordic-French inspired restaurant in Victoria will be getting it’s game on serving all things meaty.

On Sunday August 12th, Aster will bring Londoners the very first grouse of the season and will be serving roast grouse with girolles, celeriac and rowan berry jelly. Throughout the next few months as more birds start to become available, diners will then be able to try roast partridge with red cabbage salad, caraway and celeriac; roast pheasant breast with apple slaw and tarragon cream sauce; homemade linguini with confit pheasant, chestnuts and lingonberry; saddle of venison with tender swede and juniper-blackberry sauce; game pithivier with rowan berry jelly and sauce diable and a dish that marries Scandinavian tradition with English ingredients, venison meatballs with pomme mousseline and lingonberry.