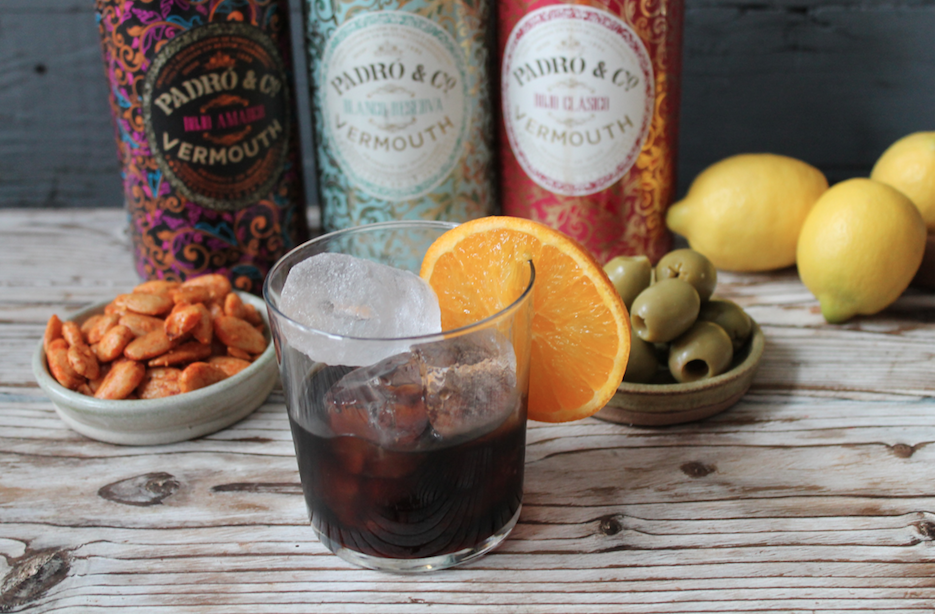 With vermouth enjoying a renaissance in Spain, not just as a cocktail mixer but as a popular aperitif to ‘wake up’ the appetite, importer Morgenrot has bolstered its selection of speciality Spanish tipples with the launch of two exciting vermouth brands – Padro & Co from Catalonia and Forzudo from León.

Joining Morgenrot’s formidable Spanish line up featuring an incredibly eclectic array of wines, beers, sidras, sherries and liqueurs, the new drinks are available immediately to the On and Off-trade.

The trend for Vermouth

Vermouth is so much more than just a cocktail mixer in Spain and although still used by mixologists in countless Manhattan’s, Negroni’s and Martini’s around the world, it’s seeing a resurgence in the gastronomic paradise and now the UK for its ‘aperitif’ appeal.

Italian and French vermouths have received greater attention in the past but the Spanish have been enthusiastic makers of the drink they call vermut (ver-moot) since the mid-19th century so know a thing about the fashionable drink too. In fact, ‘La Hora del Vermut’ or ‘Vermouth Hour’ has once again become increasingly popular in Spain’s foodie destinations.

Traditionally served neat over ice with a twist of orange peel or long with ice and soda, vermouth is seen as a drink to inspire one’s appetite and was normally drunk before lunch.

The New Arrivals from Spain

Tipped by many as the drink for the summer in the UK due to its refreshing nature, deep flavours and willingness to work alongside a host of small plates, here are details on the new arrivals:

The wine-making origins of the Padro family date back to 1886 and to the village of Brafim (Tarragona), which at the time was a busy agricultural hub. Padro’s vermouth is produced using a unique infusion of mountain herbs noted for their small roots and very aromatic flowers. The wine then absorbs these aromas while ageing in wooden barrels for the next two years. A second formula of plant bark and roots found in the local area is then added following the ageing process to increase the intensity of the flavours and give the vermouth its bitter essence.

The three Padro vermouths being launched include:

A classic red vermouth that evokes the herbaceous and medicinal aromas of the vermut pre-lunch drink which Spanish people enjoyed religiously every Sunday at noon at neighbourhood bars or cafés. http://www.morgenrot.co.uk/product/other-products/padro-rojo-clasico/

A mildly bitter, golden vermouth made with Macabeo – a grape that gives a good structure, allows the wine to be aged and which is also characterised by the fact that it is organoeleptically very neutral – perfect for the bittering herbs chosen for this wine. Artemisia is the main herb which was originally used to make vermouth, however, there is another herb which is also often used: Gentian, which contains what is probably the bitterest substance to be found in the world: Amarogentin. Padro have experimented a little with this herb, discovering the pleasures of the bitter taste by making a bold and seductive vermouth.http://www.morgenrot.co.uk/product/other-products/padro-suave/

A vermouth enhanced with the zesty aromas of the Mediterranean citrus fruits that are so intrinsic to the surroundings of the winery. Made from Macabeo and Xarello harvested in Padro’s own vineyards; after vinifying the grapes, in the winter following the harvest, sugar and herbs are added to create a base vermouth. This is then kept in 50-year-old chestnut barrels, used originally for transporting wine but now adapted for storing vermouth. http://www.morgenrot.co.uk/product/other-products/padro-blanco/

A more modern approach to this traditional drink, Forzudo explore and study the latest food trends to create classic products using indigenous ingredients with a modern twist. Based in León, Vermouth Forzudo is the first product to be released by the innovative company and features wormwood, coriander, brown orange, boldo, mint, cinnamon, cardamom, thyme, vanilla, gentian, rhubarb and one other very secret ingredient. Doña Blanca wine is used due to its taste, complexity and aroma, and becomes the best ally of those seeking surprise and novelty in the classics.  To serve – simply fill a tumbler with ice and pour over the vermouth with a slice of dried grapefruit.

Dark red with copper glints; ripe fruit aromas with herbs, vanilla, toffee, notes of a spicy chai. The palate is a perfect blend of crispness and sweetness; bitter but refreshing, delicate flavours that are complex and elegant.

“Vermouth has often been an overlooked drink disregarded to the back of the drinks cabinet or just used for cocktails but things are definitely changing with the trend for aperitifs growing in the UK. Although a key ingredient for mixologists in classic cocktails too, it has been traditionally drunk neat over ice in Spain and I believe this is when you get the true taste of vermouth. The new launches are sure to intrigue as they not only taste fantastic but also look stunning in the bottle due to their eye-catching designs.”

Established in 1970, Manchester-based Morgenrot supply a sublime selection of wines, beers, ciders and spirits nationally including Krombacher, Quilmes, Windhoek Tucumen, Tribaut, Loxarel, Supper Club and Vallemajor to name a few. With a core specialism in Spain, Morgenrot now has the finest range of Catalan, Basque and Spanish craft beers alongside the country’s on-trend wines, sherries, sidra and water.