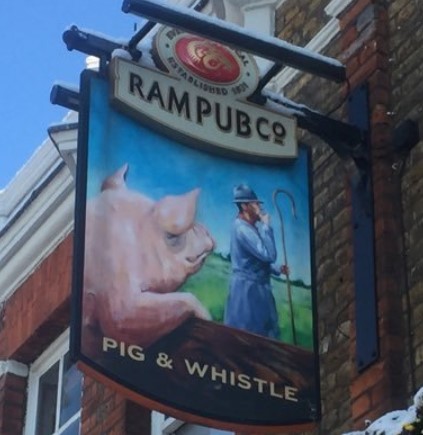 Acclaimed and award-winning Wandsworth pub – The Pig & Whistle is gearing up for a night of fundraising as its annual and much-loved charity Piggy Race Night has been announced to run on Friday, 3rd August.

Part of the Ram Pub Company and based at 481 Merton Rd, London SW18 5LD, the Pig & Whistle’s unique Piggy Race Night begins at 7.30pm with the first race at 8pm.

The night is being supported by Namibian beer brand Windhoek Lager with all proceeds raised from the pre-race charity pig auction being donated in aid of the African brewery’s campaign to raise £5000 for Save The Rhino International (UK Registered Charity Number 1035072).

Rest assured, no real pigs will be racing. Instead six toy battery operated pigs, which are purchased and named by punters pre-race will battle it out over a series of rounds.  Owners of the pigs win a £15 bar tab and other guests can then bet on pigs via the tote during the night. 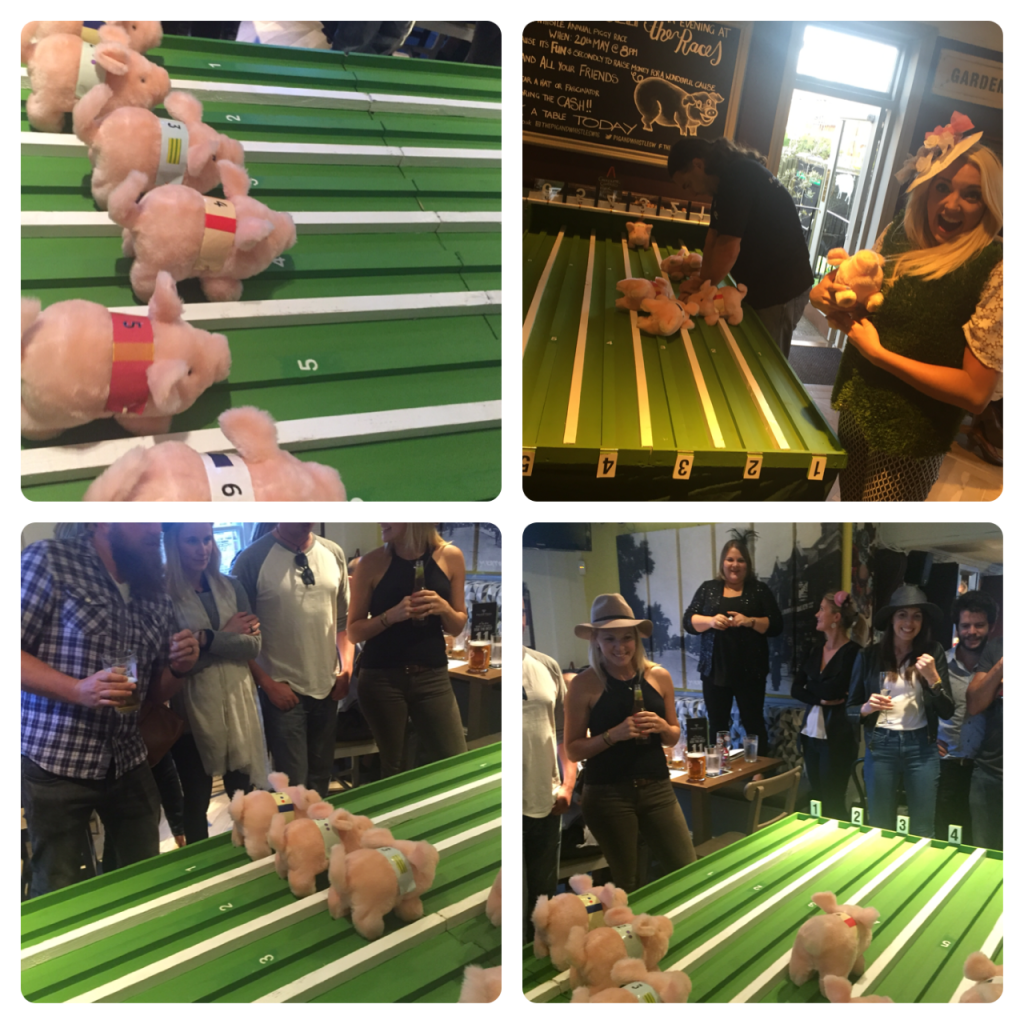 Following the initial 5 races, the special fundraising part of the evening will begin. First a charity pig auction is held with customers bidding for the right to own one of the 6 pigs for the final race.  These final 6 porkers will then race off with the owner of the winning pig receiving the night’s star prize made up of:

“Our pig racing evening is a huge night of fun for our customers so it’s great to be linking up with Windhoek Lager to make it a night to remember and raise money in aid of Save The Rhino International.  We’ve had an amazing year after being selected as finalists for the prestigious BII Licensee of the Year award so it’s great to be able to put something back to an area of conservation we’re both very passionate about.”

Antonio Simoes, Windhoek Export Manager who is travelling over to attend the event said:

“We can’t thank Keris and Lee enough for choosing to help us with our campaign to raise £5000 in aid of Save the Rhino international.  The night is definitely not something I have seen before in Namibia so myself and head brewer Christian Müller can’t wait to arrive in the UK and get involved in what I’m sure will be a lot of fun.”

The Pig Whistle joins Brighton Rocks in becoming the first two On-trade outlets to join Windhoek Lager’s campaign.  The #PureBeer brand has always supported rhino conservation in Namibia, previously funding a Piper Cub plane to aid the fight against rhino poaching.  It kicked off the UK campaign in May with a Windhoek Lager team member running the Hackney Half Marathon in a rhino outfit and raising £750. Brighton Rocks Bar is running a regular Windhoek Wednesday live music night until October with 50p from each bottle of Windhoek Lager purchased being donated to the cause.

For further information on the Pig & Whistle fundraising event or to support visit: