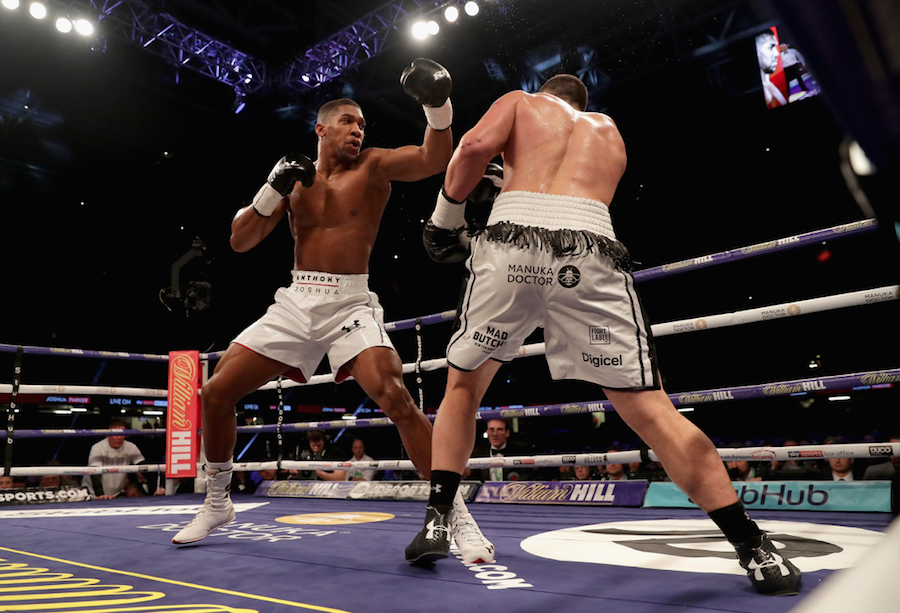 The Heavyweight king will defend his IBF, WBA Super, WBO and IBO Heavyweight World titles against WBA mandatory challenger Alexander Povetkin as Joshua returns to the scene of his historical triumph over legendary Champion Wladimir Klitschko in April 2017. That evening, he produced the performance of a lifetime to claim the WBA crown in an unforgettable battle in front of a post war record crowd on 90,000 at England’s national stadium.

The 28-year-old sensation went on to sell out the Principality Stadium in Cardiff twice, defending his belts against Carlos Takam in October before unifying the division by taking Joseph Parker’s WBO belt in March and is now thrilled to be back under the iconic Wembley arch for what promises to be another blockbuster night.

Tracy Harrison, marketing director of Sky Business, commented; “Our aim is to bring more of the content that matters to our customers so that Sky continues to make them money both now and in the future.  Events such as these really help venues create great sporting moments that will attract even more sports fans into their premises and boost trade. The announcement of this fight is great news for venues and will help to extend the bumper summer of sport into Autumn.”

Speaking about the fight, Joshua said: “I can’t wait to get back in the ring, the end of March feels a long time ago now.  Povetkin is a serious challenge that I will prepare meticulously for. He has serious pedigree and only a fool would underestimate what he brings to the table.

“Training hasn’t stopped for me, but the next 10 weeks ahead will be intense both mentally and physically. I will push myself to breaking point to make sure I am in peak condition for another huge night for British boxing at Wembley Stadium on September 22nd.”

Former WBA ruler Povetkin earned his shot at Joshua when he spectacularly defended his WBA Inter-Continental and WBO International titles with a brutal fifth round KO of Liverpool’s David Price last time out on the Joshua v Parker undercard.

Now the Russian powerhouse is aiming to overthrow the biggest name in boxing when he fights in England for the first time in his career.

Venues can also look forward to showing more boxing as the fight between Dillian Whyte and Joseph Parker takes place on Saturday 28th July at The O2, live on Sky Sports Box Office.