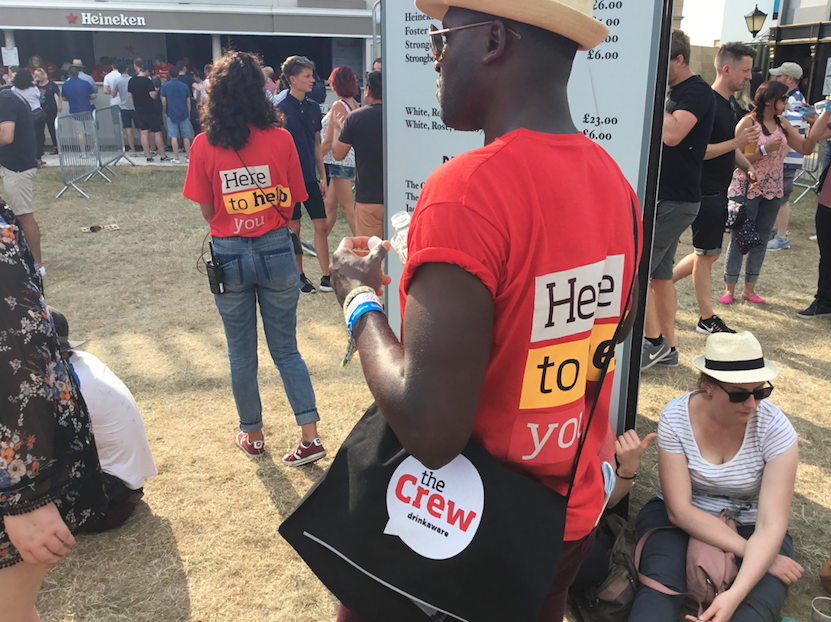 Alcohol education charity Drinkaware is extending its Drinkaware Crew scheme to the Splendour Festival in Nottingham on 21 July.

Drinkaware Crew was launched in 2014 in pubs, bars and clubs as a way of keeping young people safe on a night out and has been introduced to 18 areas around the country. The Drinkaware Crew teams will operate at Splendour in much the same way as they do in bars and clubs; after receiving special training, developed by Drinkaware, they will interact with festival goers and support people who might be vulnerable after drinking too much.

Working in pairs, Drinkaware Crew will mingle with festival visitors, wearing branded Splendour/Drinkaware Crew clothing, and help vulnerable people where needed. As well as reactive support, teams will proactively promote a positive atmosphere, by talking to customers queuing to enter the festival, and engaging with them during the event.

“Four years ago, Nottingham was the first city to have the scheme in bars, pubs and clubs, so it’s a natural progression to now introduce it to a festival in Nottingham, to help keep people safe.

“We are confident that Drinkaware Crew will prove to be an effective tool at Splendour and look forward to seeing it in action.”

Julie Tippins, Head of Compliance at venue operator DHP Family, which runs the Splendour Festival, said: “Over the 10 years we have been staging Splendour, we’ve seen it more than double in size and it now attracts around 25,000 people. It has a wonderful family friendly atmosphere where everyone comes together to enjoy the music, comedy and fringe entertainment.

“As a responsible and experienced venue operator and concert promoter, we take a progressive approach to ensuring we provide an environment that is safe and welcoming to all and we are proud to be the first festival outside of London to be welcoming Drinkaware Crew.”

Smaller venues can benefit from the Drinkaware Alcohol Vulnerability Awareness e-learning course, based on the Drinkaware Crew training programme. This gives customer-facing staff the skills and knowledge to identify alcohol-related vulnerability and support customers at risk from harm.  For more information: elearning@drinkaware.co.uk