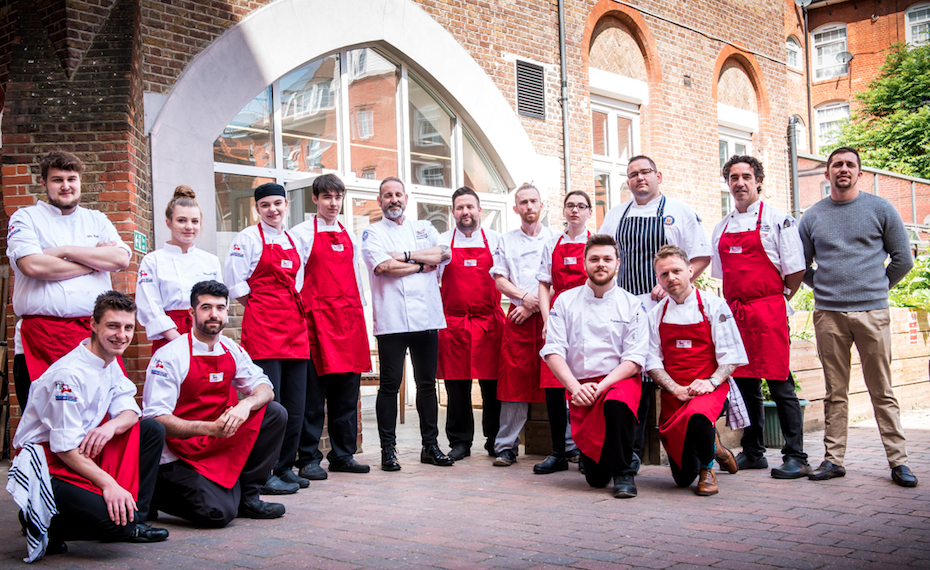 Adam Leyland Simpson has been crowned winner of HIT Training’s Apprentice MasterChef competition (held on 6th June) at Central Street Cookery School, St Luke’s, London, after a heated cook-off against nine other apprentices from across the UK. 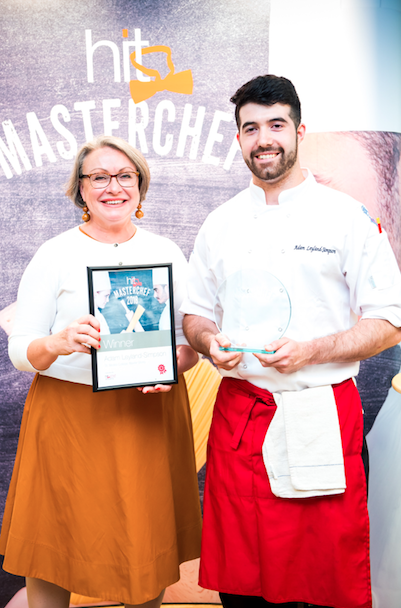 During the hotly anticipated final, the aspiring chef contestants were put to the test by the Mystery Box Challenge – where they had to create a stand-out dish from a larder of produce in just 60 minutes – and produce four plates of their own signature dish (within a three-hour period). As part of the signature dish challenge, each finalist had to source their own ingredients which incorporated locality and seasonality, and demonstrated balance in composition and flavour. 25-year-old Adam who is currently undertaking the level 2 Commis Chef

Apprenticeship at St Bedes College, run by BaxterStorey in Bristol, took home the coveted prize. He impressed the HIT MasterChef judges with his dish of buttered hake with burnt kale, fennel croquette, cauliflower purée with a lemon vinaigrette, and cherry tomatoes. This is no mean feat as the panel of judges was made up of some of the industry’s best, including Mike di Bella, previous HIT MasterChef winner and head chef at the Dean Inn Goodwood; Andrew Green, Craft Guild of Chefs; Michael Bache, Exec Chef at Bath Rugby; and HIT’s very own Jill Whittaker and John Hyde.

Commenting on winning, Adam Leyland Simpson said: “It’s been a tough day, which included getting up at 4.30am to go to Billingsgate Market to buy my fresh produce. It was quite nerve wracking competing against such a massive group of people but as soon as I put the chefs’ jacket on and I got into the kitchen after the debrief, I was ready for it.

“I feel really proud of myself for winning HIT Training’s Apprentice MasterChef competition, there were some really amazing dishes out there to compete with. My employer will be over the moon because it is good to see the team developing and putting themselves forward for events like this which further our skills. I couldn’t be happier!”

All 10 HIT MasterChef finalists are current apprentices and have previously competed and won regional heats before making it to the grand final. As national winner of the competition, Adam will receive a full Tsuki knife set – worth £500 – donated by sponsor, Nisbets. The prize also includes a glass trophy, a meal for two at The Dean Inn Goodwood, a stáge at a local Michelin Star restaurant, a subscription to the Craft Guild of Chefs and an invitation their annual food festival.

The HIT Training Apprentice MasterChef competition aims to showcase the talented individuals who are on its culinary apprenticeship programmes, and to raise awareness about the career opportunities apprenticeships can offer.

Principal of the HIT Chef Academy, Paul Mannering, added: “We were blown away by the sheer determination and talent demonstrated by the finalists at the competition; each and every apprentice should be very proud of what they’ve achieved. It was a privilege to award Adam the title of HIT MasterChef 2018 Winner. He created an inspiring dish that myself and the judges all agreed was exceptional – congratulations!

“By witnessing such an impressive display of skill and passion at this competition, it shows just how valuable apprenticeships are for those looking to embark on or further their career in hospitality. They are equally important for hospitality businesses looking to future-proof their business by recruiting and retaining talented individuals that will, in turn, help to strengthen the industry as a whole.”

The competition was run by HIT Training, the apprenticeship provider of choice in the hospitality sector, and in collaboration with its Chef Academy. The Chef Academy is an innovative training institute that aims to meet the current demand for highly skilled chefs by offering additional training for those already working towards a Professional Cookery qualification.